Use of marijuana among college students in 2020 increased to rates not seen since the ’80s, as stated in Monitoring the Future. This is an annual survey completed by America’s young people that reviews drug and alcohol useage. Jason R. Kilmer and Christine M. Lee from Washington University School of Medicine elaborate on some reasons this pattern developed as well as its effects..

Why is marijuana so popular among college students as of late?

Different research has found that people use marijuana to achieve a high, feel various emotions and sensations, connect with others or cope with certain feelings.

Young adults have turned to marijuana for help during the pandemic, with some using it for celebratory reasons while others smoked due to boredom from physical distancing mandates. Some people use marijuana due to the feelings of enjoyment it produces, while others simply want to get high.

The changing reasons for marijuana use and their potential impact is largely unknown, as is whether the pandemic-induced trends will continue post-virus.

How many college students are actually using cannabis?

With 18 states legalizing cannabis, access to marijuana has increased; however, not every college student uses it. According to the University of Michigan’s annual Monitoring the Future survey, which questions students about their drug habits, approximately half of students do not report any use. A large percentage of college-aged adults have reported smoking cannabis in the last year, and this number is only rising. It’s important to remember that when people think that a behavior is common, they’re more likely to do it as well. This effect has been borne out by research time and time again.

Researchers usually examine past month use as an indication of current use, which is more accurate than any data collected in the last year. Out of the 25% of college students that say they’ve used marijuana recently, this suggests that 75% percent don’t report using it at all– making refraining from usage the most popular behavior. 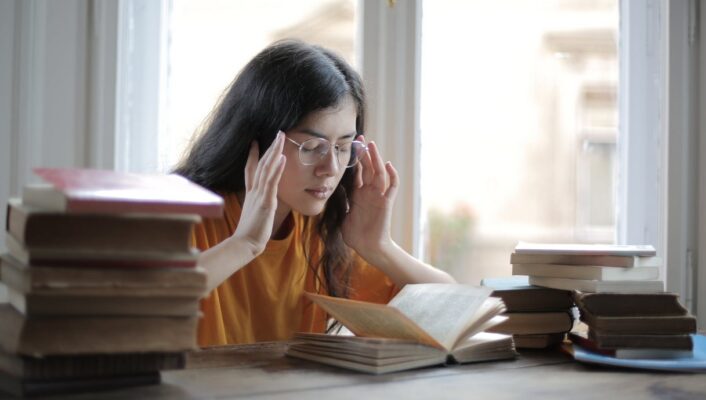 Although some college students believe that marijuana is safe to use, research suggests otherwise. This is especially true for high potency cannabis that can be found in legal and medical states. Published research indicates that college students who use cannabis frequently tend to have lower GPAs, report skipping more classes and take longer to graduate.

For many years, marijuana use has been linked to decreased academic performance, especially in terms of attention and memory. This is especially true for college students. If you give up smoking marijuana, your thinking skills will improve over time according to studies that track people who quit. The length of the effects depends on how often somebody uses and what type or potency of marijuana they use; however, those who use frequently are more likely to have issues with attention, memory and other cognitive abilities.

An August 2021 article about recommended guidelines for safer cannabis use advised that if users notice their thinking or memory has become impaired after using cannabis, it may be time to take a break or consume less of it. The article also suggested choosing strains with lower THC levels.

Are there any academic or educational benefits?

Many students who use marijuana say that they can’t focus or feel calm when not using the drug. Some of these students might believe smoking is aiding them somehow.

Some people may experience anxiety and restlessness when they don’t use marijuana. These could actually be symptoms of withdrawal or addiction to cannabis. In other words, students might feel like they’re less anxious or restless when they resume using marijuana, but they’re really just numbing the withdrawal symptoms.

We haven’t found any studies indicating that using marijuana could academic or educational benefits.

Are we forgetting anything?

America’s THC levels have been increasing at an alarming rate, and science has not been able to keep up with the rapidly changing cannabis market. In only 8 years, there was a near 15% increase in THC concentration. This is troubling because marijuana’s “high” effect is typically associated with the cannabinoid known as THC.

Today, THC levels are constantly getting higher in many legal markets. For example, in Washington state, the average concentration of THC in flower products is 20%. And that’s not even including dabs, hash oil and other products which often exceed 60%!

Cannabis that contains more than 10% THC is considered high potency and has been correlated with increased risks of developing marijuana use disorder and negative mental health outcomes.

Although some people might not consider marijuana use risky, recent studies have revealed that cannabis use may in fact increase harms and risks for users, especially young people. For college students specifically, these issues can manifest as difficulty concentrating or paying attention; feeling antisocial or paranoid.