In a competitive and demanding market such as the cannabis industry, the goal of every grower is to maximize productivity in order to be able to meet the increasing demands of the market to make a profit. For every grower, this process, therefore, involves how to ensure that the growing process is optimum and the needed factors to ensure success are put in place.

After taking care of important factors like lighting, water cycles, and nutrients there are still other things that can make all the difference in your final product’s quality. One example is dissolved oxygen. 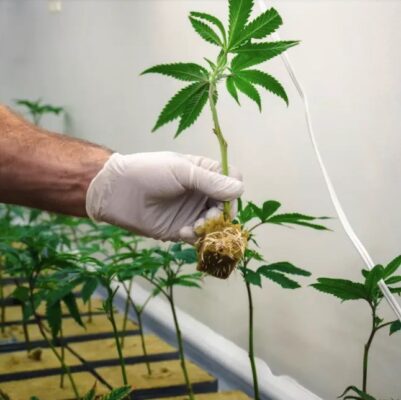 What is dissolved oxygen?

Many people know that water consists of two molecules, hydrogen and oxygen. So what exactly do we mean by dissolved oxygen? Dissolved oxygen refers to the molecular oxygen saturation in water, which is greatly beneficial for plant growth. Molecularoxygen enters the water from various sources, such as when air traps oxygen into them. When these types of waters are used to irrigate plantations, they play a huge role in overall growth and development.

Dissolved oxygen is extremely crucial for a plant’s root expansion and growth as it aids in water uptake. Additionally, it helps the plant take in nutrients while preventing anaerobic bacteria (which causes root rot) from developing.

The lack of dissolved oxygen has several negative effects on the life of the cannabis plant, including:

How do I introduce dissolved oxygen into my growing process?

Having established the importance of dissolved oxygen for healthy cannabis plants, the next logical question is how to ensure that your growing system has enough dissolved oxygen.

With air pumps and air stones in hydroponic setups, one might assume that they are used to introduce oxygen into the water. In fact, these structures are utilized to replenish the oxygen consumed by the plants.

One highly effective method is to use water chillers and recirculation pumps. By producing turbulence at the surface, a fluming effect is created which helps to increase oxygen saturation in the water before it reaches the plants. In turn, this can help cannabis plants grow larger.

Another potential solution, though it’s less effective and requires more skill and expertise, is venturi systems. You need a strong engineering background to understand how it works its magic, which might explain why it isn’t used as often since not many people possess the knowledge.

The greatest approach to add oxygen to the water for cannabis plants is through waterfalls, which may lead to larger plants.

Temperature is the most important factor affecting the quantity of dissolved oxygen in water, regardless of the grower’s efforts to improve water quality and minimize nutrient loss. As the temperature falls, the number of dissolved oxygen increases and a concentration of 7-10ppm O2 saturation in a cannabis growth room may make all the difference when compared to plants grown at higher temperatures.

A thorough grasp of how temperature and dissolved oxygen affect each other will be very useful for every grower wanting to enhance his or her cultivation technique and produce healthier cannabis plants. The advantages of dissolved oxygen are apparent to all, and they will make a significant impact on the growth process. 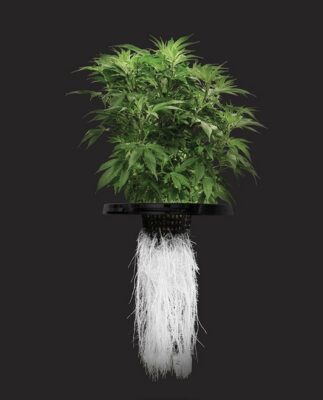 Respiration is the act of inhaling and exhaling. All living organisms, including plants, respire. Although their needs are not as intricate as humans’, they still need a well-ventilated area to grow properly. Your cannabis plants use their roots, stems, and leaves in the process of aerobic respiration; meaning they require oxygen to function. Dark respiration does not rely on light whereas photorespiration does.

The process is continuous, but it is more intensive at night, when photosynthesis shuts down. Here’s what photosynthesis looks like if you’re in a rush:

Photosynthesis is vital for keeping our atmosphere’s oxygen levels stable. Plants produce more oxygen at night than during the day, due to their higher respiration capacity. This process is why growers are advised to keep nighttime temperatures lower than daytime temperatures when growing marijuana.

Another benefit of cannabis plants breathing is that they produce CO2 as a result. The CO2 levels in the air today are about 407 parts per million (ppm). It’s worth noting that carbon dioxide levels have been this high for 800,000 years! Humans can’t tolerate high amounts of CO2, but plants love it. A carbon dioxide level of between 1000 and 1400 ppm is ideal for your growth chamber.