Its name might lead you to believe otherwise, but Green Crack is really all cannabis. Its name was derived from its powerful sativa presence and the capacity to give a lively high.

This is also why Green Crack is so popular among people looking to avoid a couch-lock high. It has its own flavor and offers a great mental buzz that is both invigorating and relaxing.

Green Crack’s parent strain is Skunk #1, which ensures a high-grade marijuana. Green Crack was bred by crossing Skunk #1 with a Sweet Leaf Indica that was rather peaceful, but much of its history has been disputed. 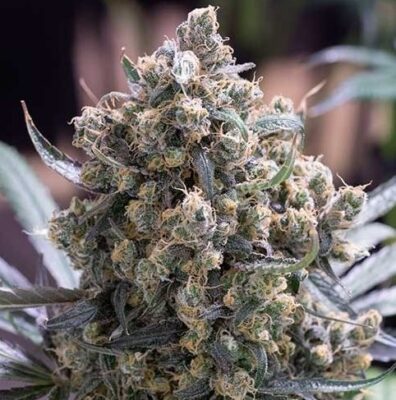 Why is it called Green Crack?

There are two prevalent types of Green Crack in the medical and recreational marijuana industries. The most common form is the sativa-dominant strain, which is known for boosting energy levels.

The second version of the strain, which is less popular, is an indica-dominant variety. It has a more compact bud structure than the other variant, which can be used to distinguish it from it.

Most dispensaries and recreational pot shops, on the other hand, stock Green Crack’s sativa type.

Green Crack is a strain named after its distinctive green hue, which comes from the combination of Sweet Leaf Indica and Skunk No. 1. It has a decent amount of THC but less than some of the more recent hybrids available on the market.

Fortunately, Green Crack does not need a high THC content to have an effect. Rather, its effects will linger long enough but not so strongly that you become unproductive. Expect to go about your day as usual, yet with more energy.

California’s Emerald Triangle region is home to one of the most famous Sativas, Purple Kush. Its powerful head high has earned it a reputation as one of the world’s most well-known sativas. One of its finest qualities is its euphoric and enjoyable high with a sense of calm and ease.

Green Crack is a strain that gives users the ability to stay focused while maintaining a general feel-good mood with energy boost. It allows people to be productive and creative while keeping a general sense of well-being. Green Crack is popular among individuals who use it as a morning starter – even replacing their regular cup of coffee.

Green Crack weed seed is known to promote concentration when cured correctly and has energizing qualities when smoked. This is why it’s also a popular choice for those days when you need a little pick-me-up, such as going shopping, construction, or cleaning.

Another interesting aspect to consider is that Green Crack cannabis is purported not to produce munchies episodes, which distinguishes it from other strains.

The scent of Green Crack is highly distinctive. It has a pleasant and invigorating odor that reminds me of natural earthiness and fruits. Others claim it has a bright citrus scent, such as mango or papaya, and is reminiscent of a tropical fruit. Others, on the other hand, say it has a scent that is somewhat piney and mild with undertones.

Green Crack has a certain citrus flavor when smoked. It leaves a pleasant after-taste thanks to the earthy, fresh elements that come from its odor.

The flavor is reminiscent of a tropical island, owing to the sweetness and fruitiness.

Green Crack is a marijuana strain with greenish-yellow buds that feature purple highlights in colder ecosystems. The pistils are rusty red or orange, reaching out from between the ultra-sticky and glistening buds, which resemble diamonds on display in a jewelry store.

Green Crack cushions, among their many drawbacks, produce a dry mouth and dry eyes sensation, which can make the user feel slightly dehydrated.

It can cause a little anxiety, paranoia, or mild worry in some people. It might also cause headaches, lack of attention, and potentially anxiety.

When smoked past its prime, however, as a mostly sativa strain that is smoked too late at night, it may produce a sense of restlessness and sleeplessness rather than the uplifting cerebral effect. This makes for an excellent wake-and-bake strain. 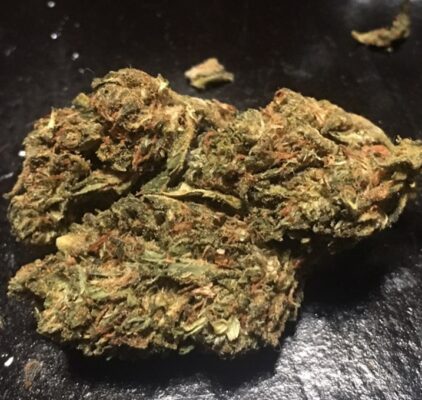 What happens if I consume too much of this vitamin? Is it safe to take on a daily basis? What are the risks associated with taking it?

Disclaimers and so on aside, if you want to try this unknown indica cannabis alternative for yourself, especially if you have a medical problem, please consult with your doctor.

Green Crack cush (or Green Cush) is a popular medical marijuana strain for its ability to calm without causing drowsiness or lethargy. It’s used in the treatment of stress and sadness.

The effects of this strain’s euphoric qualities, which promote a sense of self-confidence and joyfulness, are due to its happiness-inducing effects. The cerebral uplifting effect makes for a pleasurable pure cannabis strain, as well as one of the greatest in the market.

Green Crack is a strain that possesses both uplifting and calming qualities, according to users. This strain, also known as Green Crack, reportedly does not have the typical crash found in other well-known strains, resulting in a soothing therapy for aches and everyday stress.

It’s also popular among persons who suffer from chronic body aches and muscular strains, as well as arthritis. Unless you’re experimenting with an unknown strain, most cannabis strains aid in the reduction of this condition.

It has been the answer to many people’s prayers for those who suffer from chronic tiredness. It produces a sensation of being alert without the accompanying anxiety associated with caffeine intake.

L-theanine is an amino acid that has been shown in studies to promote a sense of focus and alertness. It’s also a smart option for people who say they’re feeling rundown.

Once Blimburn Green Crack reaches maturity, it is consistently named Best Sativa by a number of publications, and it is adaptable enough to thrive both indoors and outdoors. When grown outside, on the other hand, it has the potential to grow somewhat further.

Green Crack is sensitive to powdery mildew, therefore keeping the humidity low when growing it is advised. When cultivated outside in a Mediterranean climate, Green Crack should be grown at relatively low humidity levels.

The plant requires a lot of air circulation when growing indoors. It can create up to 18 ounces per square meter on average, and the flowers may be expected within 7 to 9 weeks.

This cannabis strain is more potent when cultivated outside, and it produces up to 20 ounces per plant. It should be ready for harvesting between late September and early October.

Overall, Green Crack remains a highly popular medical marijuana strain. It has a lower THC concentration than many new hybrids, making it less likely to overpower patients. However, it is still powerful enough to merit respect, so use it responsibly and cautiously, especially if you have a moderate to low THC tolerance.

Green Crack is a simple-to-grow strain that’s perfect for novice growers. It’s resistant to most illnesses and delivers a good yield.