Hash has a long history among many cultures, and it is the oldest form of cannabis concentrate. Hash is simple to make and have a very basic structure that indicates a powerful emotional connection with cannabis consumers.

Hash, which has been potent since the 1970s, is a type of cannabis that may be purchased online in jurisdictions where it is lawful. Here’s a short summary of what hash is, how to produce it at home in today’s culture, and how to consume it. 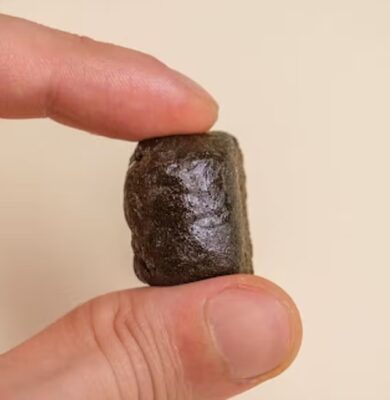 Hash is a cannabis concentrate made by rubbing plant trichomes or resin glands, which contain the plant’s active components, to form a brick, slab, or rolled portions. Kief, on the other hand, has a more solid texture and is typically brown or sandy in color. It should not be confused with kief, which is a dry-powder of trichome gland particles obtained through a mesh sieve or screen.

Hash is frequently viewed as the finest concentrate. Hash was the original low-tech but completely functional prototype of concentrates like wax, shatter, sauce, and budder.

Another benefit of Hashish is that it can be produced at home, which has its own set of advantages. Hash does not require any special equipment or solvents, making it easier to produce at home. The ensemble or entourage effect refers to the fact that hash includes a comprehensive range of cannabinoids, terpenes, and other chemicals that interact to boost each other’s effects.

Hash has been produced since the 12th century, according to historical documents. Hash has evolved through several stages in its early form, which was originally a resin powder considerably like what we know today as kief. Hash is now usually created by sifting trichome glands through fine mesh or silk fabrics with varying pore sizes, narrowing down the end product until only desired trichome material remains. The final kief is then pressed into hard bricks with a chalky feel.

The texture of hash should be as fine as possible while still providing a “chunkiness” to the resin. To narrow down the end result to only desired trichome material, known as “Hash,” trichomes are sifted through finer mesh or silk fabric with various pore sizes.

How to make hash

Ice-water agitation is the most efficient way to extract hash at home. The objective is for trichomes to solidify and fracture off of the plant after being frozen in an ice bath for a lengthy period of time.

Although the legal status of cannabis varies by country, all forms of bubble hash qualify for tax exemption in Canada. It’s possible that any type of cannabis with visible trichomes can be bubble hash. Bubble hash is most often created from dried and cured marijuana, although fresh-frozen cannabis can also be used. Before processing it, let it chill for an hour in a cold location such as inside with air conditioning or outside in a chilly environment. 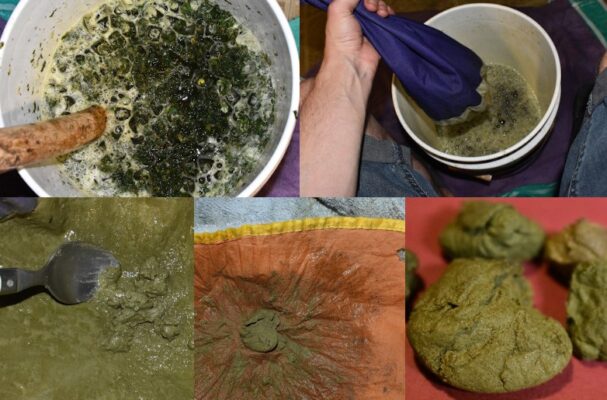 When you have gathered all your materials, follow these steps:,

How to smoke hash

Hash is most often consumed through smoking, which is still the most popular method of ingestion. Hash can be smoked alone, but it’s usually combined with flower in some form or another. While raw hash may be eaten, many users who have tried it claim strong and long-lasting psychoactive effects that the average user may not anticipate or desire. Smoking hash provides a powerful cannabis high while being less intense than smoking marijuana.

If you’re searching for a simple method to enjoy hash, add some to your next bong, pipe, or bubbler smoke in the form of hash.You may stuff a joint with hash by making an incision or cut into the rolling paper and placing the flower on top before compressing or chopping up some hash and laying it over the junction. If the hash is of a higher grade, it will not be dry or chalky enough to fracture into little pieces, but it will almost certainly be soft enough to warm up and form a lengthy, thin snake on top of the flower within the junction. If you roll your combination around the piece of hash and keep the edges secured,

Many individuals have taken to vaporizing their hash using a combination of heat and smoke, resulting in the nickname “hash oil.” The technique is often referred to as “smokeless dabbing” or simply “dabbing,” as it allows users to taste the high without inhaling any of the substance. It’s been popular for many years, especially among those who enjoy smoking hash on a daily basis.

Place a piece of hash on top of the tobacco inside a pipe and insert a titanium, mesh-style, or glass screen in the bowl’s opening to keep it from falling out. Heat with a lighter or hemp wick until you get a continuous stream of smoke; then remove the flame or hemp wick and draw through the mouthpiece.

Fresh resin glands create a rougher smoke than hash produced from seasoned resin since they dry out the moisture content and some terpenes.