Getting and consuming marijuana has gotten a lot simpler in the age of legal cannabis. Now, walk into any retail location and you’ll see a variety of “top-shelf” strains with various names, such as Northern Lights, Girl Scout Cookies, Trainwreck, and Purple Urkle.

The most common types of cannabis are Cannabis indica and Cannabis sativa, which are usually referred to as Indica and Sativa. Cannabis ruderalis is a third species that isn’t often cultivated as a drug, although botanists may cross-breed them to generate crossbreds.

Some people believe that Sativa and Indica strains have different effects. Some specialists, on the other hand, say that this viewpoint is incorrect and subjective, since the amount of effect-producing chemicals in each individual plant may vary. This post will compare the chemical and physical distinctions between these species and their supposed impacts.

Cannabis and Marijuana: Are They Different?

The word “marijuana” has two meanings: it can refer to the drug, or to hemp. Cannabis and marijuana are both slang terms for marijuana. The term “marijuana” refers to any of hundreds of species known as Cannabis sativa, Cannabis indica, or Cannabis ruderalis. Marijuana is a term that is frequently used to designate cannabis plants that have a high content of THC.

Indica vs Sativa: The Beginnings

Back in the late 18th and early 19th centuries, biologist Jean Baptiste Lamarck was working on several fascinating ideas that would later be debunked. 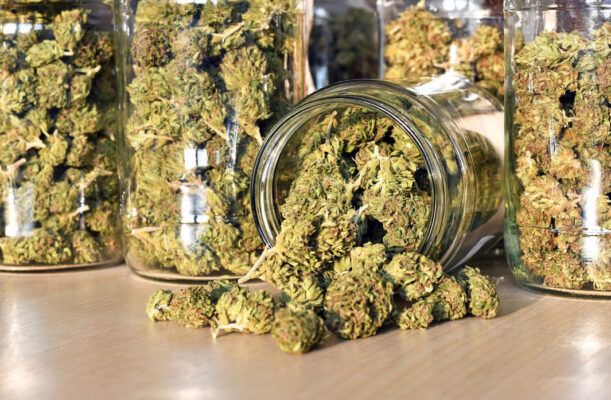 Lamarck’s ideas were one of these, according to which animals develop new qualities during their lifetimes. The giraffe’s neck would gradually lengthen as tasty goodies got higher and higher up in trees, causing it to grow an elongated neck. Later in the 19th century, Charles Darwin debunked Lamarck’s notion when he released his theory of evolution in The Origin of Species, demonstrating that these changes occur over many generations rather than instantly.

Another of Lamarck’s ideas, however, has endured throughout the ages: his marijuana theory.

Cannabis is divided into two species by Lamarck: Cannabis indica and Cannabis sativa. C. indica and C. sativa evolved in different areas, developing distinct appearances and experiences when ingested. These concepts have been passed down through families and are now seen in today’s marijuana culture, with the sativa vs indica binaries.

Sativa vs indica – what does Lamarck’s theory say?

The second, more well-known aspect of this theory is that these two cannabis species vary in how they affect people when ingested. It’s this aspect of the hypothesis that most marijuana smokers are most familiar with since it’s how most manufacturers (and drug dealers) classify their items.

Combining it all together

But this is exactly where the whole sativa vs indica distinction falls apart.

Today, scientists and marijuana experts alike agree that this distinction between physiologic impact based on appearance and genetics is incorrect.

It’s not the plant’s appearance that determines its effects, but rather the chemical composition. And according to neurologist and psychopharmacology researcher Dr Ethan Russo, “one cannot presently estimate the chemical content of a given cannabis plant based on its height, branching, or leaf form.”

But what about the genetics? Is there a genetic difference between sativa plants and indica plants that aren’t apparent to the naked eye?

Researchers studied the gene pools of 81 marijuana strains in a 2015 PLoS ONE study, which found only a moderate link between a strain‘s genetic structure and its designated “sativa” or “indica” classification. Furthermore, when it comes to categorization, the strain names are even less meaningful.

While there is a small relationship between indica or sativa categorization and genetic makeup, some “indicas” will be more similar to “sativas,” and vice versa. Furthermore, while there is a modest correlation between categorization and genetic make-up, it isn’t because one type is more likely to be an indica than the other (as we’ll see shortly). 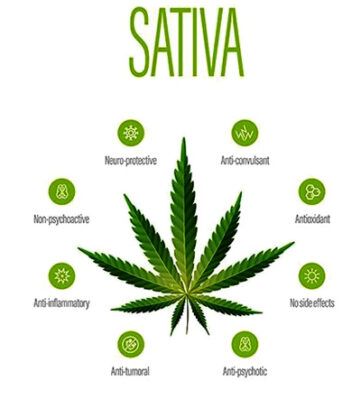 The Real Sativa vs Indica

Hemp plants, on the other hand, appear to fall outside of these categories. Researchers discovered a distinction between two types of cannabis that seem to fit within the C. sativa and C. indica genetic divisions in the aforementioned research: marijuana and hemp plants. When it comes to genetics, hemp is more comparable to C. indica, while marijuana is more comparable to C. sativa. As a result, few marijuana plants would be closer genetically related to C. indica than C. sativa; thus, they would be more sativa than indica in terms of DNA sharing

Does that mean hemp and marijuana are different species?

Some people think that all cannabis plants are members of the same polymorphic species because they may all breed with one another. This would imply that Cannabis sativa, as a whole, is C. sativa.

Others, on the other hand, believe that there are three or four species, such as C. indica, C. sativa, Cannabis afghanica, and C. ruderalis, with differences in where they evolved originating from.

The evolution of cannabis

These distinctions are based on the plant’s evolutionary history. Cannabis plants were split into two growing areas tens of thousands of years ago, most likely as a result of ice sheets: one in Europe and the other in south-east Asia. Because of this geographic separation, there were differences in appearance and optimum growing conditions, which resulted in the development of two (or, to some taxonomists, more than two) cannabis varieties: C. sativa in Europe and C. indica in southeast Asia.

However, thousands of years later, both C. indica and C. sativa seeds were dispersed throughout the world by humans. Simultaneously, the population’s genes were selected. Selective breeding has resulted in the majority of marijuana plants being a hybrid (a genetic combination) between C. sativa and C. indica over time (and continuing today).

This implies that virtually every cannabis plant available today is a hybrid, neither entirely C. sativa nor C. indica, and as a result, even if there was once a method to determine physiological impact based on appearance and genetics, it would not apply today.

Does indica vs Sativa mean anything today?

After all of that, we’ve come a long way. Despite the fact that botanists agree that the indica vs sativa distinction in terms of how it is commonly defined is nonsense, no one has been able to stop people from making this sort of distinction.

When you inquire about which strains are indica and which are sativa, what you’re really asking about is how the various marijuana strains affect you. This means that, even though this term has been associated with one particular kind of cannabis plant, it may still be utilized as a guide to help you decide on a strain with the desired effects.

In reality, certain dispensaries market their strains as “sativa-like” or “indica-like” to describe their physiological effects, recognizing that this is a helpful tool even though it isn’t 100% accurate.

If not indica or Sativa, how should we categorize marijuana and hemp?

Cannabis has been identified in several ways throughout history, many of which are based on species and strain. It’s not about the plant’s genetic heritage that affects us; it’s all about its chemical makeup. As a result, when selecting our favorite strain, each of us must examine the chemovar or chemotype of our marijuana.

Let’s take a look at marijuana vs hemp, for example. Is one of these plants sativa and the other indica? No one is asking if one of these is sativa and the other is indica. Instead, the difference between legality comes down to the percentage of tetrahydrocannabinol (THC). If a plant contains more than 0.3 percent THC, it’s considered marijuana in the United States. It’s hemp if it has less than 0.3 percent THC. 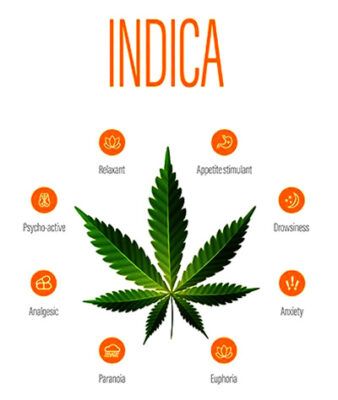 When thinking about chemical composition as a tool for classifying marijuana, the first thing that probably comes to mind is its percentage of THC and cannabidiol (CBD), the two most well-known and researched cannabinoids present in cannabis. However, looking at cannabis strains beyond just THC and CBD percentages may be beneficial.

Consider this: nowadays, most marijuana strains available at dispensaries have a high THC content and a low CBD content. If two strains have 17% THC and 0% CBD, it’s got to be something else that’s causing one to glued to the sofa and the other to stimulate your mind. It is other phytochemicals found in cannabis plants, including minor cannabinoids and another category of phytochemicals known as terpenes, that account for these distinctions.

Terpenes are aromatic chemicals found in cannabis plants that can have an impact on human health and cognition. Terpenes, in fact, give each strain its distinct smell. A high myrcene content, a terpene with narcotic-like effects, is often to blame for these effects with a sedative cannabis strain. Citrus oils, on the other hand, contain high quantities of limonene, which is a terpene best recognized for its high concentration in citrus essential oils.

Another terpene with a compelling impact is alpha-pinene, which is a uncommon terpene that has the amazing and unusual ability to counteract THC-induced short-term memory loss. So, if you can track down a strain that includes both limonene and alpha-pinene, your memory and energy will be much better than if you smoke one that’s high in myrcene.

Choosing the best marijuana strain for you

You can now go to your local dispensary and ask for the type of bud that you’re looking for. You now have all of the information you need to identify the kind of bud that you want.

Instead of asking for indicas or sativas, begin by asking about the various strains’ characteristics. Experienced and helpful dispensary personnel will be able to tell you what to anticipate, allowing you to select the product that best meets your needs.

Then look for a firm that tests each batch and strain of marijuana for not just the cannabinoid content, but also for the terpene profile. This way, you can keep track of what cannabinoids and terpenes are responsible for your desired experience.

How to Choose the Right Strain Type for You

While many people smoke both Indica and Sativa strains for a variety of reasons, there are certain applications for each. If you want to get energized throughout the day, a Sativa strain is ideal. You might use an Indica before going to bed to help you relax.

A hybrid is the most common type of cannabis. It’s a good idea to choose one that has a balanced high with light relaxation and some focus. Look for one that is mostly an Indica-dominant strain with only minimal amounts of Sativa.

The ideal strain type to choose is determined by what you’ll use it for. The following are the most frequent reasons individuals take each strain.