Cannabis can be classified in a variety of ways. The morphology of the plant is generally used to determine the kind of cannabis. Cannabis, on the other hand, may be divided into three varieties: sativa, hybrid, and indica based on its appearance. These names, however, refer to various types of cannabis that have distinct scents, tastes, effects, and/or geographical origins.

How cannabis is categorized 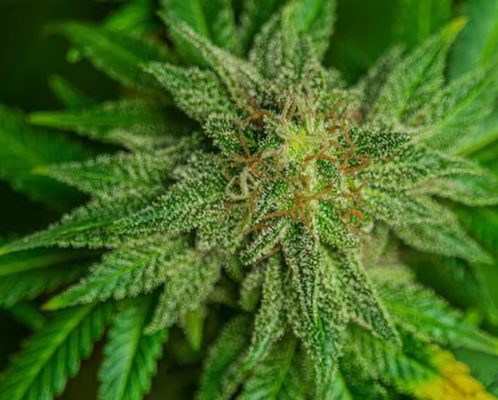 Cannabis is far more complicated than a simple “good weed and bad weed” binary. As new legal cannabis industries develop, numerous breeders and would-be cultivators continue to play around with current strains, coming up with all new products with perplexing names to offer on dispensary shelves.

Even with over 18,000 different strains known about, the majority of them are ultimately determined by a small set of strain families: Kush, Haze, and Skunk. Cannabis plants are frequently categorized as “indica,” “sativa,” or “hybrid.” Users of this method use it to determine what sort of high they’ll receive from a strain, despite there being no scientific evidence to support it and it is rather the chemical profile that determines how a strain performs.

Kush, Haze, and Skunk are just a few of the hundreds of strains that have been derived from these three original cannabis classics. Thousands and thousands of new strains have been created by breeding these famous genetic parents with popular marijuana varieties. Landraces are native strains that grew wild in various regions across the world and evolved to their surroundings, acquiring distinct properties as a result of those environments.

The Hindu Kush mountain range, which straddles parts of Afghanistan, Tajikistan, and northern Pakistan, is a region of towering mountains, rivers, and isolated towns. Cannabis and hashish have been part of life in the narrow valleys between the snow-capped peaks for millennia, and the robust landraces that evolved there served as the basis for what we now know as “Kush.”

In the 1960s and 1970s, when Afghanistan was still a part of the “Hippie Trail,” many marijuana users and fellow travelers traveled to the country and enjoyed the sights and sounds of one of the world’s most beautiful places — at that time, with some of the most potent marijuana available anywhere. Many of them took these landrace seeds with them back to their homes, where they became the source for Kush strains known today.

It’s possible that a strain has been named after its parents, or it may have resulted from some sort of scientific research. A strain’s name may not be derived from Kush strains at all. However, there are certain qualities that real Kush strains typically share.

The physical attributes of kush strains

Kush strains are indica or indica dominant, with shorter and bushier growth patterns, big leaves that frequently have a purple tinge to them, and dense, resin-coated buds. Kush strains are known for having dense buds coated in resin.

Kush strains have a robust, long-lasting nature that helped them endure the harsh conditions of the Hindu Kush region and adapt to colder environments, making them better equipped to live in chilly climates.

The scent of Kush weed is earthy and pine-scented, as befits its high mountain origins. Floral, hashy, or sweet and spicy scents are other characteristics of Kush marijuana. Smoking Kush can provide a highly sensory experience owing to its aromas and smooth, earthy tastes.

It’s worth noting, however, that these characteristics aren’t set in stone. The terpene composition of the Kush strain you consume will determine its fragrance. If the strain is high in humulene, it will most likely have a hoppy character (depending on the other terpenes and how they interact). A limonene-dominant strain would be citrusy, while pinene would provide a woodsy aroma, etc…

What are the most popular Kush cannabis strains?

Although there are hundreds of different strains with an Afghan origin, let’s start with the top five: “Kush,” “Afghan,” “Blackberry,” “CBD” and “Durban Poison.”

The OG Kush is the most famous of all Kush strains. OG Kush hits the sweet spot on the indica-dominant hybrid scale, with a pleasant yet powerful sedation and an uplifting euphoria to go along with it.

Bubba Kush is a stoney, sedative indica that clunks the consumer down like they’re wearing concrete boots while also fitting them with a matching cement tracksuit and a regal concrete trench coat. Bubba Kush may cause you to hunger; just avoid falling asleep in front of the refrigerator while spooning a box of Eggo waffles.

Purple Kush is a sativa-dominant hybrid strain that has purple foliage and tastes earthy with a drowsy effect.

Another Kush classic, Hindu Kush, gets its qualities from it. Master Kush receives its name because of a combination of sleepy, happy, and relaxing effects. This strain is an excellent substitute for Bubba Kush.