Marijuana comes in a variety of shapes and sizes, although it is most often known as weed. Cannabis refers to dried plant seeds, stems, leaves, or flowers. The way the plant is prepared and what kind of Cannabis plant it is affect the type of cannabis.

The main chemical in marijuana, known as Δ-9-tetrahydrocannabinol, or THC, is the most important component. THC has psychotropic properties, which means it may cause mood changes and other mental functions to worsen. Cannabidiol (CBD) is another significant component of marijuana plants that has relaxing qualities without having any psychoactive effects. CBD is also purported to aid with pain relief.

The THC to CBD ratio of the most powerful cannabis strains is greater, which implies they include a lot of THC but little CBD. When the ratios are more imbalanced, CBD can counteract the effects of THC. As a result, the quantity of THC in a strain‘s cannabis has an impact on its effect on people.

What are the many types of cannabis? Sativa and indica are the two categories into which cannabis plants may be divided. Although weed has origins dating back to these two strains, hundreds of new hybrid strains have been developed through their combination.

Major Types of Weed and Effects

Cannabis plants are classified into two species, Cannabis indica and Cannabis sativa, each of which contains two distinct varieties of cannabis: Cannabas indica and cannabas sativa. The various types of marijuana change depending on the variety of weed plant they emerge from as well as the effects they produce on a person or the type of high they provide.

Cannabis ruderalis, a third kind that has recently been utilized to make cannabis, is one of many species. It contains less THC and is mostly used for medical marijuana. Furthermore, hybrid strains have been developed that combine the two primary species.

Users of cannabis will generally opt for a strain that best matches their desired result. While each variety is recognized for its unique impact, one person’s experience may vary significantly from another’s. The manner in which the drug is consumed (i.e. smoking or eating) can also have an effect on the outcome obtained from it.

There are some typical effects associated with each strain, regardless of the user’s situation:

Cannabis indica is a variety of cannabis indigenous to the Hindu Kush region in Afghanistan. It has a short height and the form of a shrub as a result of its origins in a chilly, mountainous environment. Sativa leaves are darker, fuller, and rounder than those on indica plants. Buds tend to grow in clusters.

It is a strong cannabis plant because THC is present in such a high amount in C. indica. It has relaxing or sedative effects and can lead to people wanting to sit on the sofa after eating it. As a result, it’s commonly eaten before going to sleep since to its soothing properties. Because of its tranquilizing qualities, it creates a “body high” that is more intense.

Indica is a popular choice for individuals who suffer from sleeplessness since it has a relaxing effect. People who suffer from insomnia often utilize indica strains because of their sleep-inducing qualities. According to a recent research, people that used the indica strain experienced greater relief from sleeplessness and pain than those who utilized the sativa strain. This result may be due to the fact that indicas have higher amounts of THC.

Cannabis sativa is a species of cannabis that thrives in warmer climates such as Mexico and South Africa. It grows to be exceptionally tall, with long, thin leaves and flowers that may only flourish in the dark for more than 11 hours each day under specific lighting circumstances.

The reason for this is that C. sativa’s CBD has lower amounts of THC than indica’s CBD but higher amounts of CBD, resulting in more balanced levels of both chemicals. Sativa strains have energizing effects and are commonly used to obtain marijuana early in the morning or late at night. According to some users, C. sativa gives them a cognitive “head high” rather than an energetic “body high.”

Sativa is popular among those who suffer from sadness or fatigue since it has a stimulating and uplifting effect. It’s also been said to help with ADHD symptoms, as well as other mood problems.

Hybrid Cannabis strains are thus the result of cross-germination of two well-known Cannabis types in order to obtain the effects of both. Today’s cultivated Cannabis plants are generally hybrids rather than full indicas or sativas.

Hybrid strains are commonly evaluated based on their influence. A sativa-dominant strain, for example, is more likely to provide stimulating benefits and a cerebral high than a indica-dominant one.

Cannabis ruderalis, a different strain of cannabis, was originally found in southern Russia. C. ruderalis has thin, fibrous stems with big leaves and grows shorter than the other two types of marijuana. It is also an autoflowering plant, which means it will blossom if the plant matures rather than depending on light.

THC levels in cannabis plants grown under artificial light are lower than those grown under natural light, with the most potent of the three kinds being C. sativa var. ruderalis. It is rarely used for recreational purposes because to its low amounts of THC and is more frequently used in medical marijuana due to its high quantities of CBD.

Common or Coveted Strains of Weed and Effects 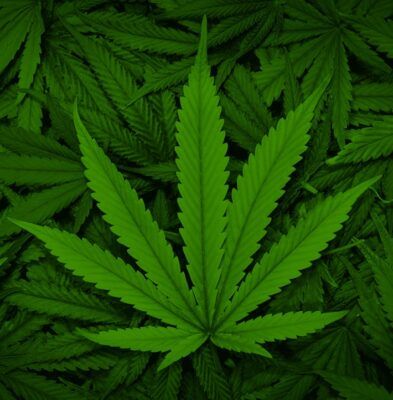 Cannabis plants come in a variety of forms, each with its own set of characteristics. While some advocate burning marijuana to relieve pain and stimulate the nervous system, others claim that smoking it is more effective. These days, there are a variety of different types of weed available for purchase. Although it’s difficult to characterize weeds based on their consequences alone, certain kinds have distinct properties that make them appealing in certain regions or circumstances.

Some cannabis strains, on the other hand, generate incredibly potent buds while others are unable to produce even functional blossoms as a result of their weakness (noted below). There are now “designer strains” of marijuana produced for superior quality that can be created by mixing indica and sativa effects.

Some names for different types of marijuana are strange, and they’re frequently connected to the way they make you feel or appear. Some examples include Permafrost, Willy’s Wonder, Purple Urkle, Pineapple Express , Strawberry Cough , Island Sweet Skunk

The following are a few of the most well-known or desired marijuana strains, as well as their purported effects:

Sour Diesel is a sativa-dominant hybrid plant that gives both physical and mental rejuvenation. This strain has a high THC level. Since to the potent energy chemicals, blood pressure typically rises.

The flowers of this herb, which have a petrol-like aroma, are also known as Indian bet. They are named for the identical reason that its blooms have a petrol-like scent. The leaves are yellowish green in color and medium size. It has an unpleasant or skunky flavor, to some people’s tastes.

Sour Diesel is popular among individuals who are experiencing minor stress, tension, or sadness. It has also been found to aid with muscular pains and aches. When people are feeling less hungry, they smoke it to increase their appetite. Because of its high THC content, sour diesel may cause paranoia in some people. This is most likely due on the fact that it contains a lot of THC.

Purple Kush is a pure indica strain that provides a full and relaxing body high. It has a THC concentration that is rather high. The color of its purple leaves, as well as the fact that one of the strains it was bred from grew in the Kush region near Afghanistan, gave it its name “Purple Kush.” It’s one of the most famous Kush types.

It is a widely used pain medication that is used by people who suffer from chronic pain, depression, or anxiety. It may also aid in the treatment of situational or transitory discomfort.

The Blue Dream hybrid is mostly sativa-dominant and contains a mix of sativa and indica strains. It has an excitatory cerebral high that can boost motivation and attention. Some users claim that it provides soothing and pain-relieving effects.

Because its origins are uncertain, it is called a mystery strain. It has a sweet flavor that some compare to blueberries and sugar.

Blue lotus has been found in clinical trials to have restorative effects on chronic tiredness, depression, and hunger. It’s also been claimed to help with persistent pain and headaches.

Indica vs. sativa: understanding the basics

Marijuana users think of “indica” versus “sativa” cannabis strains when they think of indica and sativa. Indicas are commonly connected to physically sedative plants that may be used as a bedtime watch or as a nightcap before bed, whereas sativas are associated with more active and cognitive plants. Hybrids are said to have an equilibrium on the indica and sativa effects spectrums.

However, not every indica makes you want to stay in your chair, and not every sativa is intended to revitalize its users. As more research is performed and we learn more about the cannabis plant’s chemical components—the cannabinoids and terpenes—one thing becomes clear: they determine the effects you’ll experience, not whether it’s indica or sativa. In fact, those two names originated in botany rather than effects.

However, even today, the notion that indicas, sativas, and crossing strains result in unique effects is still quite popular among cannabis users. If you’ve ever visited a marijuana store, you’ve undoubtedly heard a budtender start a strain recommendation by asking which of the three types you like.

Let’s look at where the phrases “indica,” “sativa,” and “hybrid” originated, as well as how a cannabis plant’s chemical profile affects your body to produce emotions.

Origin of ‘indica’ and ‘sativa’

Cannabis indica and Cannabis sativa are two distinct types of cannabis, each of which was designated “indica” and “sativa” in the 18th century. The fiber and seed strains from Europe and western Asia known as “sativa” were indica hemp plants used for their fiber and seeds. Indica strains produced in India for seed, fibre, and hashish production were known as “indica.”

Here’s how the meanings of various plant names have evolved since their origins in botany:

Although the plants we consume are almost always Cannabis indica, both names are used—even though this is incorrect—to describe the hundreds of different types available on the market.