Fresh cannabis flower is used to make live resin, as opposed to dried and cured buds. This technique preserves the terpenes that are lost during drying and curing. Because the flavorful terpenes are preserved, live resin is considered a high-quality, connoisseur-level product due to its high quality.

What is Live Resin?

It’s a high-THC cannabis concentrate that derives its name from the freshness of the cannabis plant from which it’s created. Live resin, unlike most other cannabis goods, is produced using plant material that has not been dried or cured. Fresh flower buds and sugar leaves are used to make live resin, with big fan leaves and stems being excluded. The flash-freezing process helps to keep important compounds and preserve the entire flavor of the cannabis plant. Concentrate connoisseurs seek it out because of its greater flavorful and aromatic dabbing experience.

The first objective of extracting live cannabis is to capture the entire essence and fragrance of the plant. The live resin production process – flash-freezing the plant material, then removing components – has been linked to high-quality and fragrant concentrates. Bypassing the standard drying and curing procedure allows for a higher proportion of essential oils. Terpenes, commonly known as essential oils, are chemical compounds that give cannabis its unique tastes and aromas. 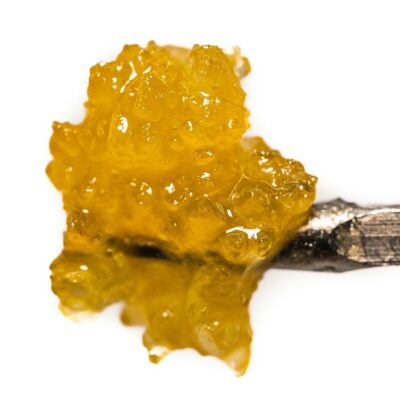 It’s available in a number of hues and shapes. The type of cultivar utilized to make the concentrate has an impact on many of the chemical and physical properties of the extract. Live resin is rich in terpenes, in greater amounts than other concentrates. The consistency is usually looser than other concentrates because to the inclusion of more essential oils. The higher amount of terpenes, the runnier and more malleable live resin becomes. Sap, sugar, worse/budder, and sauce are some common consistencies for live resin.

Shatter, also known as shatter, is a type of cannabis concentrate that’s very popular. However, live resin in shatter form is nearly impossible to come by. Shatter has a brittle texture due to the presence of phenyl quinones, which are not present in live resin.

What’s the difference between live resin and sauce?

How to store live resin

Keep it cool, dark, dry, and free of air to keep the potency and quality. The best way to preserve the texture and consistency of cannabis is to use an airtight and lightproof container, which also protects the cannabinoids from decay and terpenes from evaporation. If you’re looking for containers, look for concentrate storage containers made of silicone or glass that are airtight and lightproof. Silicone has another advantage: It’s simpler to remove sticky concentrates from it.

Resin composed of resin and water may degrade more quickly if the light and temperature are too high. Keep it in a cold location, such as the refrigerator or even a cool room, for optimal preservation. Make sure the live resin container is securely sealed after each usage. It may lose effectiveness if left out in the open, resulting in a change of color, texture, and flavor.

You may consume live resin via a dab, which involves using a type of water pipe called a dab rig and a flat bowl known as a nail. Nails are constructed of materials that can withstand higher temperatures than glass bowls utilized for smoking flower.

Live resin may be put in a packed flower bowl or wrapped around a joint or blunt when smoking from a glass pipe. The combination of cured flower and live resin extract improves the high as well as taste.

Can you vape live resin?

Yes, you can consume live resin by dabbing, as described above, or hitting a live resin vape pen, as described below. You’re simply vaporizing and inhaling the cannabinoid and terpene-rich vapors in each of these cases.

Dabbing is the most time-consuming of the three vaping choices because it necessitates the use of more equipment and labor. If you want an easier method to consume live resin, consider using a nectar collector, which is a less complex and lighter version of a dab rig.

What are live resin carts?

Carts are pre-filled vape cartridges that connect to a vape battery in the context of marijuana. Live resin carts are simply vape oil cartridges that have been filled with live resin rather than cannabis concentrate. Simply attach the cartridge to a battery, turn on the heating mechanism, and breathe through the mouthpiece as you would with any cartridge.

How much does live resin cost?

In general, people should expect to pay more for live resin than for other kinds of concentrates. It’s difficult to determine an exact price because of variances in locales and market fluctuations. Higher-end live resin may cost up to $100 per gram, while the average across the country is believed to be between $35 and $80 per gram.

How is live resin made?

First and foremost, a warning: professionals should only manufacture live resin and other cannabis concentrates since these processes may be highly hazardous.

Live resin is sometimes confused with butane hash oil (BHO), which is made by dissolving liquid petroleum gas, such as butane or propane, in cannabis. Live resin uses liquefied petroleum gas as a solvent, so it’s often referred to as butane hash oil (BHO). Extracts are also produced using ethanol and carbon dioxide (CO2), although to a lesser extent.

To prevent spoilage, the plant material is rapidly frozen. Plant material is frozen by dipping it into an insulated cylinder filled with liquid nitrogen or placing it in a cooler containing dry ice (frozen carbon dioxide). Extractors put the cannabis in a tank inside a closed-loop system that is only used for extracting. Before any butane or other solvent is injected through the barrier, to ensure there are no pressure build-up, any oxygen must be removed from the tank.

The solvent is cooled before being filtered through the starting material, which frees the trichomes from plant matter. To remove the liquid, heat is applied to the combined solution of cannabis and solvent, causing the liquid to evaporate and rise into the solvent column. It’s then cooled and re-converted back into a liquid.

Extractors must always be careful about the temperature. An excess of heat might destroy an extraction. Heat evaporates volatile terpenes, which causes decarboxylation and transforms the concentrate into a darker oil.

Extract production should be left to experts since the safety measures and equipment need precision and accuracy, according to expert advice. 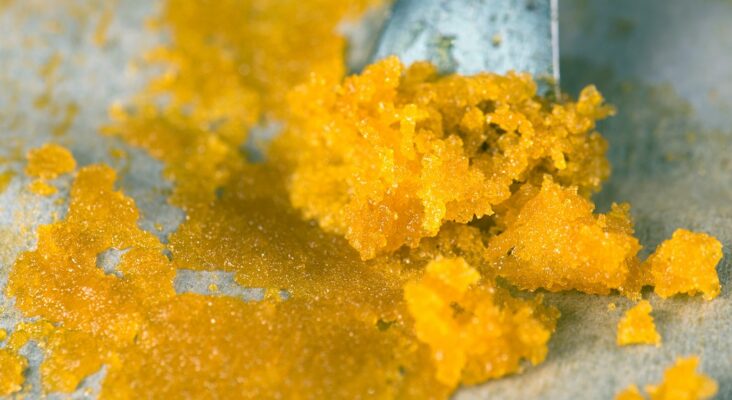 In 2010, Fenger launched the state’s first legal grow operation dedicated exclusively to concentrates in his home state of Colorado. He considered the potential consequences of extracting cannabis extracts from the plants he was actively trimming during a harvest. He assumed that the fragrances emanating from freshly cut plants were more distinct and appealing than cured nugs. He surmised that, if he could remove the terpenes while their aroma profile was at its peak (before drying and curing), he might create a concentrate with the same pungent smell of the live plant.

Riker began the process of producing live resin by attempting to cultivate the Original Diesel cultivar, often known as Daywrecker Diesel or Underdawg. He used it to make BHO after flash-freezing the plant material. The end product, though flavorful and fragrant, was toxic to produce and had a poor appearance. Shatter ruled supreme during these times. The conventional thought was, “if it doesn’t shatter, it doesn’t matter.” While he enjoyed the live-plant BHO to the greatest degree, the technology for increasing yields and making manufacturing more secure did not yet exist.

In September of 2013, Emo supplied an extraction unit for A Cut Above, a medical dispensary in Colorado Springs, Colorado. The OBE-Dos model from EmoTek Labs was a closed-loop extraction device meant for commercial producers making high-quality wax and shatter. Fenger was hired as a consultant for technical support by the dispensary’s staff, who were having difficulties with the new equipment.

Emo’s extraction method relied on the use of a solvent that was extremely strong. The OBE-Dos device would be used to separate and concentrate cannabinoids before they were transported to another room, where the extractions would take place.

They combined their techniques to create a successful batch from a 24-hour extraction session, using whole cannabis plants flash-frozen at -20° Celsius. The aromatic and taste qualities that Fenger had been searching for years were discovered in the extract.

Why does live resin skip the drying and curing process?

The typical procedure for producing cannabis oil involves drying or curing the plant material itself. You won’t get high from eating fresh marijuana. The moisture that was developed throughout the growth process is removed without altering or evaporating the terpenes by drying the produced cannabis.

The benefit of drying and curing is that you’ll lose some terpenes in the process. The most volatile terpenes evaporate during the curing process, altering the flavor profile of the flower. Terpene content was compared in fresh cannabis plants to those that had been dried at different periods of time in a 1995 study conducted by the University of Mississippi. Terpenes were lost by 31% after a plant was dried for a week at room temperature.

A dabbing experience that is more floral, fruitier, and spicier than extracts manufactured from nug run or trim run cannabis is produced by fresh cannabis plant material with a good terpene profile.

When Fenger was harvesting his plants in the early 2010s, he was certain that the scent and taste of freshly cut flowers would be worth exploring. The evidence is in the resin. The potency, terpene profile, and flavorful richness of live resin have made it a sought-after and highly desired concentrate.