The cannabis concentrate industry is currently obsessed with live rosin. They are generally the most expensive per gram at dispensaries. Is it really worth the hype? There are no solvents used, so there is no burning or heat. Producers create them from trichome-rich plants and terpene-rich vegetation. After that, producers must sieve and press the plants to extract smaller, higher-quality crops. When compared to more massively produced butane hash oils, you pay for the amount of labor and quality of the starting materials.

Looking to try something new? Check out this

Rosin is a type of cannabis extract that contains only the highest-quality extracts, unlike other forms of rosin that also include less desirable components. You can try purest tastes from some of the greatest cannabis available thanks to live rosin. Live rosin is now being sold in places where it usually wouldn’t be found, including on drugstore shelves and on Amazon.com. As a result, true connoisseurs are scooping up live rosin just about everywhere they can find it. There’s some misinformation going around about what real live rosin is, so we’re here to set the record straight. 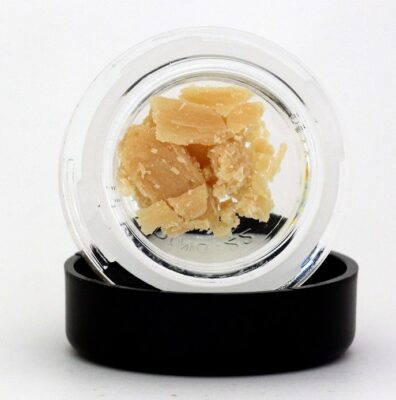 What Is Live Rosin?

You’ve probably come across the words “live” and “rosin” in relation to cannabis concentrate trends if you keep up with trends. However, we only began seeing them used together recently. The phrase was previously exclusively used to denote a sort of cannabis concentrates known as “live resin.” Live resin generally refers to frozen flower or trim butane hash oil (BHO), which is made up of frozen flower or trim.Now, any items manufactured from plants that were immediately frozen after harvest are considered “live.” The primary reason given for this is to save the live plant’s aromas and terpenes.

Rosin, on the other hand, is a mythical creature. Rosin is a concentrate produced by heating and compressing hair straightener, T-shirt press, or something similar with heat and pressure. It’s likely that live rosin simply refers to freshly frozen plants that producers press into concentrates. However, you don’t just pull a frozen plant out of the freezer and stick it in the press (unlike live resin). There will still be moisture remaining. You’d be boiling water alongside your cannabinoids and terpenes, which would destroy the quality of your end product.

What’s the missing link? You must first make ice wax with high-quality recently frozen material, allowing it to dry before pressing it. Ice wax is a cannabis concentrate obtained without the use of solvents. Producers used to extract ingredients without the aid of solvents by freezing them and then drying them. Instead, producers agitate the trichomes off of the plant with water and ice. Then they collect it all using a flat surface like a credit card and let it dry. You may chop it into small pieces and spread it out to allow moisture to escape sooner. If you store your concentrate in an airtight container as soon as extraction is completed, the residual water might grow mold.

From Full Melt To Live Rosin 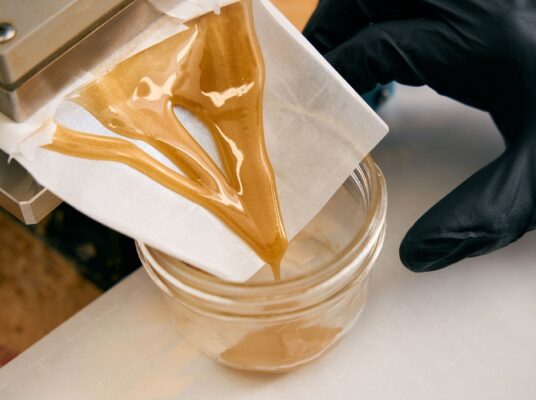 You won’t be able to use just any ice wax, though. If you want to create live rosin with it, the ice wax must have the characteristics of a complete melt extract. Full melt extracts are the greatest form of hash available. It derives its name from the fact that it fully melts like a dab of BHO even if it is in powder or solid form. Hash quality is measured on a scale ranging from one to six stars by experts. A full melt extract has an intermediate position between the five-star and six-star hash rating.

Anything lower in quality is considered a half-melting or worse. When the remaining plant material and residuals are burned, as they are with a half melt, the smoke becomes harsher and less flavorful. You should avoid paying $100 or more per gram for non-solvent extracts that aren’t completely melting if they’re not fully melting.

When creating full melt extracts, fresh material is preferable than dried because it won’t be dry and brittle. “The major reason fresh trim is more likely to give a complete melt than dried trim is that it does not break apart when stirred,” claims renowned grower Kyle Kushman. Clean full melt can be produced from dry trim if you handle it carefully. However, you must be cautious about how vigorously you agitate it.

You may store your complete melt ice wax in a filter bag after it has been melted. Then, using a low-temperature press, squeeze out some of the greatest, purest, and most delicious concentrates you’ve ever seen. The Bubbleman brand claims that their live rosin contains around 75 to 85 percent cannabinoids with 4 to 15 percent terpenes. They test both their flower and extracts for pesticides, potency, and terpenes.

If you’re paying a premium for live rosin, make sure it comes from a responsible seller. The most dependable suppliers provide flower to sift through to rosin testing to verify that their product is safe, potent, and as delicious as possible.

In a nutshell, live rosin is solventless hash oil produced from full melt bubble hash that was freshly frozen. For a lengthy time, full melt extracts have been among the most sought-after, high-quality non-solvent concentrates on the market. Live rosin goes one step further by requiring the use of freshly frozen materials. To make live rosin, bubble hash is mixed with other substances and pressed. When it’s pressed, the producers use bubble hash, which squirts a lot more oil. It also has a much lighter hue than normal rosin. Rosins come in a wide range of colors, but most are bright yellow to off-white in hue. When we believe that concentrates can’t get much better, artisan hash makers find a way to disprove us.