HHC, which stands for Homegrown Herbal Company, is making waves in the cannabis community, particularly in North America, where HHC vape cartridges and flower are flooding dispensary shelves and marketed as a legal alternative to THC. Continue reading to learn more about this unique cannabinoid, its legality, safety, effects, and other information.

HHC, or hexahydrocannabinol, is a semi-synthetic cannabinoid that has been gaining attention for its purported benefits. HHC is said to be a “clean” and safe alternative to THC, with similar effects. However, there is still much unknown about HHC. In this article, we take a closer look at this cannabinoid, exploring how it is made and how it affects the body.

A Brief History of HHC

Hexahydrocannabinol is a minor cannabinoid that occurs naturally in the hemp plant.

What is interesting is that, while other cannabinoids that we know exist are only found in the flowering buds of cannabis plants, HHC exists in both the seeds and pollen.

Hexahydrocannabinol, or HHC, is a hydrogenated form of delta-9 THC. Its hydrogenation makes it one the most chemically stable hemp-derived compounds– meaning it won’t degrade as easily over time. Scientists believe they first discovered HCH sometime in the 1970s.

The date is unconfirmed, but this finding was made while researchers were studying cannabinoids in cannabis.

What is hexahydrocannabinol (HHC)?

HHC is a cannabinoid that’s causing excitement in the cannabis world. Most of the interest in HHC stems from its similarity to Δ-8-THC. But HHC differs significantly from “regular” THC when it comes to legal status. While it shares many qualities with its natural counterpart, hexahydrocannabinol is a distinct chemical with an unique molecular structure and activity profile.

HHC, or hexahydrocannabinol, is often called a “semi-synthetic cannabinoid”. This is because while it can be found naturally occurring in small amounts in the cannabis plant, HHC is most often artificially created from THC. In fact, HHC was first discovered in a laboratory setting rather than out in nature.

The first reference to THCV as a chemical compound was made in the 1940s by American chemist Roger Adams. From 1926 until his retirement in 1954, he was the head of the Department of Chemistry at the University of Illinois. In fact, after cannabis was federally outlawed under the 1937 US Marihuana Tax Act, Dr. Adams was granted an exemption to study it further.

According to the book Cannabis Chemistry, Adams, along with the 250+ PhD students he taught at the University of Illinois, conducted over 20 different cannabis studies during his tenure there. Adams and his pupils isolated and/or synthesized many cannabis chemicals, including CBD, THC, and HHC, as well as documenting the plant’s unique relationships between these components and other components. He is also credited for devising the Adams Potency Scale and discovering the Adams Catalytic (also known as platinum dioxide), which is used in hydrogenation reactions.

What is the difference between HHC and THC?

HHC has been discovered in the cannabis plant, but its concentrations are extremely minimal. As a result, it is generally manufactured in a laboratory from THC. HHC and THC are comparable in many ways, although a few minor distinctions distinguish them.

Δ-8 THC and Δ-9 have different chemical structures, with the former having double bondings at the 8th carbon atom while the latter has them  at 9th. HHC is simply missing those double bonds, though this makes it a much more stable compound relative to THC—giving it a longer shelf life (THC degrades quickly into CBN under exposure to heat or light).

While THC is most commonly associated with recreational and medical marijuana, the majority of HHC on the market today comes from hemp. This allows producers and sellers to avoid some of the regulations placed on THC.

Unfortunately, little is known about how HHC works in the body. However, its psychotropic effects and a similar chemical structure to THC lead experts to believe it binds to cannabinoid receptors CB1 and CB2. More study is needed to determine HHC’s mechanism(s) of action.

What are the Uses of HHC?

Despite the fact that researchers have known about the presence of hexahydrocannabinol for a long time, there is a paucity of medical study on its effects and characteristics. For example, we can readily discover numerous research on CBD’s affects that are relevant to human bodies.

We do not have any studies on hand with HHC. However, we do know that hexahydrocannabinol is a naturally occurring cannabinoid, implying it has an important role in maintaining the body’s endocannabinoid system (ECS).

The endocannabinoid system is a complex bodily function that, in order to maintain homeostasis, sends cannabinoids to receptors found throughout the body. The ECS requires cannabinoids in order to regulate specific functions such as mood and inflammation.

There are two classes of cannabinoid receptors in the body:

We do know that hexahydrocannabinol interacts with both types of receptors, suggesting that its impact may be felt in all three of these systems.

Something else to keep in mind is that HHC seems to be metabolized by the body in a way that’s very similar to delta-9 THC.

As a result, HHC is more likely to offer residences that match to delta-9’s physical discomfort, nausea, hunger, and mood disorders.

Can HHC get you high?

HHC is a hallucinogenic drug. It’s psychoactive, as everyone knows. However, because it mostly comes from user experiences, there isn’t much reliable information about its effects. This dearth of knowledge allows HHC product manufacturers to claim that HHC is only 70-80% as potent as THC since there isn’t much data on its affects.

Effects of the HHC cannabinoid

People say that the effects of HHC are comparable to THC, only not as intense. Some people report it as being cerebral and “heady”, while others describe it as making them feel uplifted, slightly euphoric, clear-headed, and energetic. In comparison to Δ-8 THC, HHC appears to have more energising effects.

However, HHC has been studied at length in recent years following the discovery of its chemical structure in 1997. According to research from 1977, HHC shares some minor similarities with pain medications like as morphine (Bloom et al.). However, further study to elaborate on these findings has yet to be done.

Keep in mind that, just as with other cannabinoids, HHC’s effects are subjective and might vary depending on your body chemistry, tolerance to cannabis, setting and context, and the quality and quantity of the HHC product you’re using. 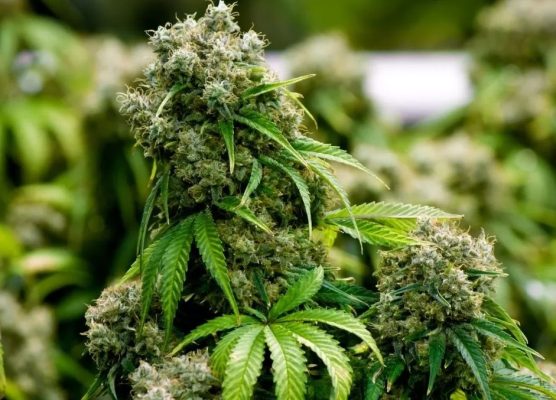 THC-HHC, like other THC variants like Δ-8 and Δ-10, is frequently marketed as a legal means to get high. However, the legality of all of these cannabinoid analogues is quite complicated, and it varies by country.

HHC is legal in the United States under the 2018 Farm Bill, which permits hemp and hemp products to contain small traces of THC. HHC may now be sourced from THC in hemp and transported/sold across all 50 states thanks to this legislation. Whether HHC is legal throughout Europe, the United Kingdom, and other regions of the world, on the other hand, is unclear.

Unfortunately, many world governments have not yet provided a definite answer on the legality of HHC. If you are interested in purchasing these products to be shipped to your country, we recommend that you reach out to your local authorities for more information on whether or not it is legal first.

Will HHC show up on a drug test?

The lack of study into HHC makes it hard to know whether consuming the cannabinoid will affect drug test results. Drug tests are designed to detect THC metabolites, notably the chemicals 11-OH-THC and THC-COOH. Because HHC is not identical to THC, one could suppose that it won’t be broken down into either of the aforementioned compounds, however we just don’t know for sure. As a result,

Because there are no studies on the consequences of HHC, most of our information about it come from customer accounts and assertions from manufacturers. Even though no one has reported any severe safety issues with HHC, we don’t yet know enough to judge its entire safety profile.

Make sure to do your research before trying any new products, especially if it’s something with implications like HHC. Check local and national laws – some countries have banned the substance outright. After that, look into the companies you’re thinking of buying from – there are a lot of scams out there targeting people desperate for help. Finally, see if the company provides test results from an accredited third-party laboratory; this will show you exactly what is in their product and whether or not it meets quality standards.

Despite the fact that so much is unknown, there is still optimism that as we learn more about HHC, cannabis products may become more available to people all around the world. All we can do now is keep up with new discoveries.

What Types of HHC Products are on the Market?

Because Hexahydrocannabinol is still new, there aren’t as many products to choose from compared to CBD or delta-8.

Even though HHC is a new company, we still offer a wide array of product types and formulas.

The most popular type of HHC product would be vapes, which can often be found in the form of disposable vape pens or pre-filled, 510-threaded vape carts.

HHC flowers are raw hemp flower buds that contain pure HHC extract. This provides a potent and natural way to consume CBD, without any psychoactive effects.

The Hydroponic Herbal Concentrate (HHC) flower comes in pre-roll or loose flower bud form, and you can choose from a variety of strain options.

The effects of HHC edibles are among the longest-lasting, with a high that can persist for up to 8 hours.

Additionally, you might find that your body feels more relaxed and heavier than usual, which many people enjoy.

Edibles come in a variety of tastes and dosages.

The best way to take HHC tinctures is by using the sublingual method, which means placing the drops under your tongue.

These CBD oils are popular because they come in dropper bottles for easy dosing, and their potency is stronger than edibles but weaker than vapes– acting as a perfect middle ground.

HHC dabs are highly potent concentrates that are “dabbed”.

The process of vaporizing the entire unit (hence its name) via a specialized piece of equipment is referred to as “flash-vaporization.”

Can You Take HHC if You’re Already Using Other Cannabinoids?

Yes, you can take hexahydrocannabinol (THC) if you’re already using other cannabinoids like CBD or delta-8.

We do not recommend combining HHC with another psychoactive because it is more intoxicating than delta-8 or delta-10, and we prefer to use it alone for the first time.

This is a useful technique for avoiding “getting too high.”

What is the Best HHC Serving Size for Newbies?

When including hexahydrocannabinol in your regimen, start by taking low doses spread out over time because it is more psychoactive than delta-8.

The recommended starting dose is 5-10 milligrams, either orally or through 1 to 2 puffs of a vaping product.

You can gradually increase your dosage as time goes on and you develop a tolerance to the cannabis’s effects.