You aren’t alone if you’re a cannabis user who doesn’t understand the distinction between resin and rosin. To many non-cannabis users, words like resin and rosin may produce a mental picture of that stuff violinists rub on their strings, not a cannabis product. Live rosin, though, is simply another form of cannabis whereas live resin is a distinct kind.

Despite the fact that resin and rosin sound and appear to be similar, a single letter distinguishes them. These two distinct items are rather different from one another, which is worth knowing why and how. As cannabis concentrates become an increasingly popular topic in the marijuana industry, it may be more difficult to understand all of the goods on the market. Knowing what terms to use, how each one works, and how they feel to use is only one of many things you’ll learn about when you start using an Ebook.

What is Live Rosin? 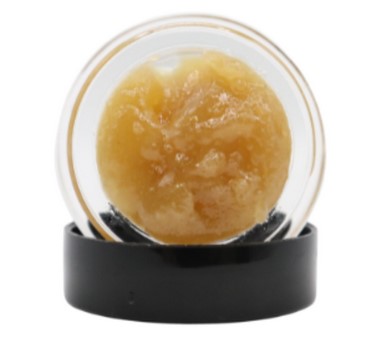 Rosin is a relatively new cannabis product. It’s the result of an innovative method of extraction that better preserves the plant’s natural qualities than rosin extraction, which doesn’t use chemicals, solvents, or other additives. The technique used to extract rosin differs from that used to extract hash oil in that it employs pressure and heat instead of chemicals and solvents. As a result, you might call rosin the “diamond” of the cannabis world.

A highly concentrated and powerful sap may be quickly obtained from many types of the cannabis plant, such as dried marijuana or kief, or pre-made hash, by applying heat in a specific manner. The end product is a thick, honey-like hash oil. Rosin does not require any further chemical treatment or purification, making it ideal for purists and those who value clean, chemical-free living.

The flavor is pleasant and powerful, and the THC concentration is significant. This is due to its purity and level of concentration. Rosin includes a lot of terpenes and is popular among marijuana consumers who want a cleaner, full-spectrum option. It’s ideal for people who adore things “crunchy,” but it’s such a fantastic product that everyone will like using it.

What are Live Resin Cannabis Concentrates? 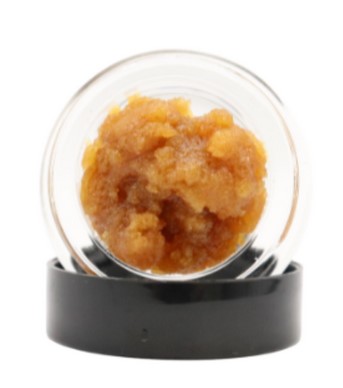 What exactly is resin cannabis? Shatter and wax are two examples of resin-rich marijuana. These chemicals are removed using hydrocarbon solvents, particularly butane, in the typical Butane Hash Oil (BHO) extraction technique. The procedure is similar to that for making rosin.

The process begins with a cured plant matter that uses many parts of the plant. With BHO, plant matter is hit with a blast butane solvent solution. What comes out at the end of the extraction process is, like rosin, a very viscous, sticky, and honey-like substance with a yellowish coloring.

When resin is fully processed through drying, it is a more appealing amber color and harder in texture, actually quite similar in appearance to what violinists rub on a bow. Next, it is processed again to remove and recycle the solvent, via pumping through a vacuum. It is important to note that of all the BHO concentrates, resin forms preserve the most terpenes.

What is the Origin of Resin?

Resin, particularly live resin, is a relatively new cannabis concentrate in terms of both the extraction technology it uses and the popularity it has attained. In fact, the process was developed in the early 2010s here in the United States and promoted by growers and extractors in the well-known Colorado cannabis scene. They developed a special resin extraction process with a unique BHO that could maintain lower temperatures needed for the “live” classification.

Keeping temperatures low helps to preserve flavor and aroma provided by the all-important terpenes. Terpenes are what sets live varieties of resin and rosin apart from other popular concentrates like run-of-the-mill wax and shatter types. This technology changed the game for cannabis concentrates across the board.

Why are Concentrates Called “Live”?

If you enjoy consuming concentrates but don’t know much about them, or if you are looking into concentrates for the first time, you may be wondering just what the term “live” actually means. Are there organisms within the products that are still living? Could it even be an ethical question for some vegans? In reality, the term “live” simply means that the resin, rosin, or hash product has been extracted from recently harvested plant matter.

Again, live concentrates are a very efficient use of the harvested marijuana plant itself, as so much of the plant can be used. Conversely, other concentrates can only be made from plant matter that has been dry-cured. Since dry curing is already a common way that many farmers prep marijuana plants of various types to be sold, the familiarity with the process may be reflected in lower prices for wax and shatter. 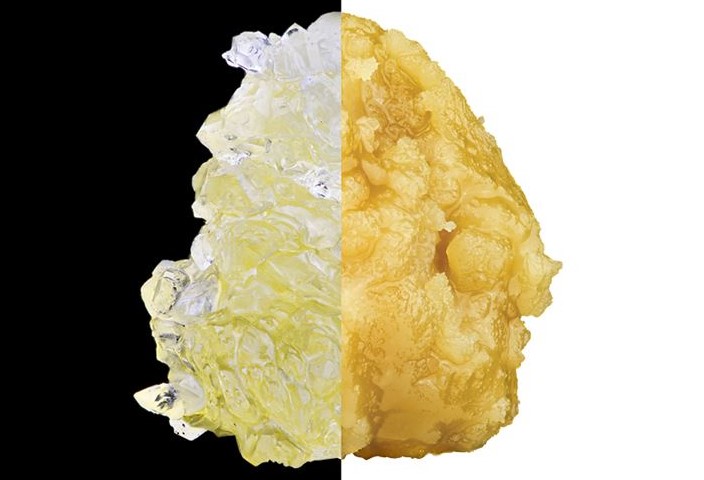 Why Are Live Products Preferable?

Typically, the drying and curing process, which spans several weeks, is necessary for the production of certain cannabis products and produces a good flavor and potency. With dry curing, after the bud is first trimmed it may be left to dry for as long as eight weeks before it is sold. While this may seem like a long time, drying and curing is essential to the formation of many products.

However, products extracted from fresh plant matter rather than dried are able to maintain the freshness and other elements of the live plant. That is why live concentrate products, while somewhat similar to wax and shatter, are of a higher potency, have more flavor, and are generally less processed. As fresh extraction is a process that requires access to fresh cannabis plant matter, producers usually use local sources of plant matter. This makes both live rosin and live resin fresher, more community-oriented products.

Terpenes are aromatic oils that create the flavor profile of cannabis and are secreted from the glands of the plant that also produce THC and CBD. These aromatics can actually range from fruit-like scents of citrus or berries to woodsy aromas of pine. Some strains even smell a bit minty. Much like the principle ideas of aromatherapy, the scent of the product (which is heavily influenced by terpenes) can determine what sensations and emotions consumption may promote. For example, a minty aroma may promote clarity and focus, while a pine aroma might encourage stress reduction or sleep.

The various marijuana plants developed terpenes as an evolutionary process in the same way other flowers developed their scents. The aroma is meant to ward off living predators for sake of the plant’s survival and attract pollinating insects to help spread the species. Terpenes are also a major part of what makes marijuana products more enjoyable and unique for use by humans. The types of terpenes and their effects are largely influenced by where the plant comes from, as climate, soil, and plant age also play a role in their individual development. In fact, over 100 different terpenes have been detected in cannabis products.

Live rosin and live resin are considered to be high-end concentrate varieties. As previously mentioned, their status is earned because they must be produced via freshly harvested plant matter, using specialized extraction methods. Though the methods vary for live resin vs. live rosin, both preserve THC potency, terpenes, and aroma profiles better than other forms of marijuana concentrates, making them preferable for many users.

Though typical wax and shatter and other types of hash can be used similarly, depending on the client and the desired effect, live rosin and/or resin are ideal for regular use or as a special treat. Early in their Colorado inception period, the price per gram of resin could exceed $100 premiums. Often, rosin would be more expensive, due to its incredible purity and lack of chemicals. However, while live resins and rosins still exceed the price of more inexpensive waxes, both are now more affordable than they once were. Long story short, live resin and live rosin may be upscale, but both are just as attainable as they are enjoyable and beneficial.

The words rosin and resin may only be differentiated by one tiny letter, but that doesn’t mean they are the same product. To recap, live resin is a concentrate extracted through a solvent-based process. Although solvent methods that use BHOs are made in a closed-loop system that extracts that recycles the butane (or another solvent), they still use a chemical compound to get the job done. Live rosin, on the other hand, does not use solvents but involves an extra step of creating a full-melt hash that is then pressed again into the final form for consumption. The most significant difference between the two is the purity, which is primarily due to the extraction method.

They are, however, similar in that both resin and rosin are created from freshly harvested live plant matter, despite the differences in extraction methods. The simplest way to remember is that resin uses solvents while rosin does not. Both are high quality, upscale products that are considered “live” and, in some cases, full-spectrum. Both are great choices as a frequent-use product or special treat, but rosin is the purest concentrate on the market, especially for those who are chemical-conscious.