Cannabis (i.e., medical marijuana) has been shown in numerous research to be a substitute for prescription pain medications. Marijuana’s intoxicating properties, on the other hand, deter many consumers. Cannabidiol (CBD), a non-intoxicating component found in cannabis, is used to treatment a variety of ailments including pain relief. We noticed that some of the best CBD oils may help with pain management therapy.

Although CBD oil has shown promise in the treatment of arthritis pain, it is not FDA-approved for this purpose. As a result, the items and claims mentioned in this post are not verified by the FDA. As a result, they aren’t meant to diagnose, treat, cure, or prevent any disease or medical condition.

Despite the fact that CBD has not yet been authorized by the FDA, it has already attracted a significant amount of interest. You’ve no doubt seen major news publications discuss CBD or hear about prominent social figures recommending it for a variety of pain treatments.

How Does CBD Work? 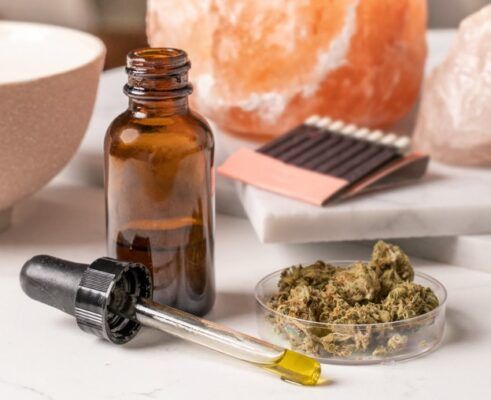 Cannabis has long been used to treat pain and inflammation. The earliest references to the medical use of cannabis date back to China’s Emperor Shen-Nung, who included it in the Chinese pharmacopeia alongside other therapeutic medicines. For the purpose of speeding healing, leaves were used as a poultice to relieve pain and suffering.

Despite its popularity, scientists have only lately begun to understand the mechanisms by which cannabis relieves pain. Since 1992, researchers have known about the endocannabinoid system, which has fueled interest in CBD and other phytocannabinoids.

Cannabinoids, including CBD and other cannabinoids, can affect a number of essential processes via their interaction with the endocannabinoid system, such as:

How Can CBD Reduce Pain Transmission?

What does this information signify? The answer may be found in how pain is transmitted to the brain. When we hurt ourselves, adjacent cells release chemicals that set off a chain reaction of inflammation and sensation production, culminating in pain transmission.

The victim’s nervous system transmits the warning from their body to the spinal cord via a network of nerves that covers the entire body. The pain signal is sent into the spine, where it is picked up by a checkpoint (opioid and vanilloid receptors) intended to restrict brain input. This acts as a demarcation line. Border security personnel ensure that you are authorized to enter and what items you can bring with you.

In this way, the brain is not flooded with pain signals. The brain uses all available information to make decisions and judgments, including those from damaged nerve cells that transmit unpleasant sensations such as pain. Damage to peripheral nerves can limit a person’s ability to feel discomfort (as well as other symptoms). If the level of discomfort is reduced at the point where it originates, more pain messages will reach the brain. Pain-relieving drugs work by stimulating opioid receptors, which are important traffic gates for sending pain information to the brain.

CBD has other ways it can limit pain transmission as well:

There is still a lot of research to be done in order to fully comprehend how CBD and other active cannabinoids can help with pain. Hundreds of new research papers are published every year in an effort to build a clear picture of how CBD works, what the drug’s benefits are, and where its limits exist.

What Do the Studies Say? 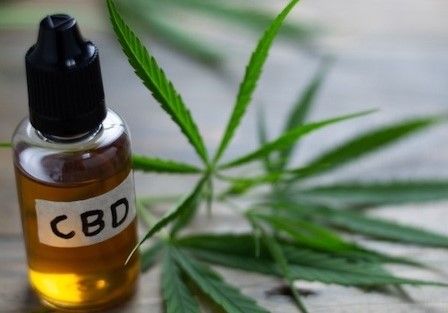 CBD’s ability to reduce pain has been investigated more frequently in recent years. In a study published in the European Journal of Pain, researchers studied the impact of transdermal CBD on rats with induced arthritis. For four days, scientists applied CBD gels to the rodents’ arthritic joints at four different dosages (0.6, 3.1, 6.2, and 62.3mg) per day (n = 8).

The researchers found that CBD gel reduced joint edema by a stunning 100%. Surprisingly, the 62.3mg dose was no more efficient than the 6.2mg dose.

Cannabidiol was found to decrease pain perception in scientific research, but it did not reduce the intensity of experimental pain.

In 2021, researchers at Syracuse University performed another research that demonstrated CBD to have pain-relieving properties. It’s significant because it was the first ever clinical pain study to look at CBD’s influence on individuals. According to the results, cannabidiol reduced experimental n discomfort but not nintensity of pain.

According to a research, CBD was found to be more effective than a placebo in reducing pain symptoms. This is definitely an important first step toward acceptance of CBD as a pain-relieving option.

CBD oil is usually taken by placing it beneath the tongue and holding it for up to 60 seconds before swallowing. This technique ensures that a portion of the CBD enters your circulation via your mouth.

However, applying CBD oil to the painful site may be a better option. You could find that a topical solution containing cannabidiol absorbs more effectively than oil. People who massage CBD on their skin frequently notice that the therapy is more effective.

If you’re using CBD for the first time, only apply it to a tiny region of skin. You must exercise caution not to elicit an undesired response. Increase the amount utilized until you reach your “minimum therapeutic dose.”

Millions of individuals around the world benefit from CBD oil on a daily basis. Although CBD oil is not yet recognized by the FDA as a pain medicine, it has had an impact on many people’s lives. Here are some examples of reader-submitted remarks regarding CBD’s influence on minor aches and pains.

Despite the fact that hemp oil is as safe as CBD, there are certain undesirable consequences. When compared to the severe adverse effects associated with prescription painkillers and other narcotic pain medication, these minor problems appear to be quite tolerable.

The best source for underscoring CBD’s drawbacks is the Epidiolex clinical trials (an FDA-approved cannabidiol therapy used to treat two rare forms of epilepsy). According to the trials, cannabidiol consumers can experience one or more of the following adverse effects:

CBD has also been linked to several adverse interactions with a range of other medications, including over-the-counter and prescription drugs. Furthermore, it’s possible that CBD use could harm your liver, but this has yet to be proven. CBD is also believed to act as a catalyst for enzymes and drug metabolism. As a result, before using CBD in addition to other medicines, you should discuss it with your doctor.

Let’s have a look at the best CBD oil brands and their product lines now that you know more about how CBD oil for pain works! Do you want to read or see a comprehensive explanation of our top CBD oil choices? Instead, here is a quick summary of our video CBD oil countdown.