Terpinolene is one of the more unusual terpenes. Colloquially considered to be one of the “rarer” terpenes found in cannabis plants, Terpinolene is a monoterpene with a fresh scent. One of the many aromatic molecules that give plants their unique characteristics. Terpenes are a group of chemicals that occur naturally in cannabis plants’ resinous glands (trichomes) and contribute to the chemovar’s unique characteristics. Terpinolene can be found in many other plants, such as apples, sage, turmeric leaf, pines, and cardamom, but parsnip has the greatest concentrations.

Terpinolene has a floral, fresh, and woodsy scent. It’s been compared to a blend of pine scents, citrus, and flowery hues. Sedating is the effect Terpinolene had on mice in a 2013 study paper, according to some researchers. However, subjective accounts claim that Terpinolene-dominant chemovars are invigorating. This could be due to the interaction with THC. Terpinolene is an antibacterial, antifungal, and anti-inflammatory substance with antioxidative properties. It might also assist to limit cancer cell growth.

Terpinolene-dominant strains are uncommon, but you’ll come across a few of these delicious favorites: 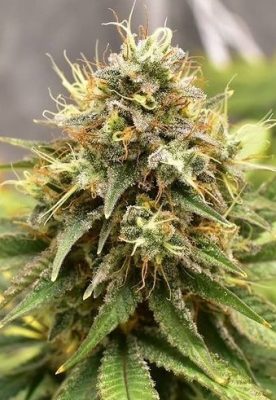 Another thing to keep in mind is that while terpinolene-dominant strains may be classed as indicas, sativas, or hybrids, the majority are THC-rich. To put it another way, there aren’t many high-CBD strains with a lot of terpinolene presently available. Why is that? It’s most likely because cannabis breeders haven’t yet fully tapped into the entire range of terpenes with CBD-dominant and balanced strains. Most breeders have relied on THC for their cash cow cannabinoid. That might change as CBD becomes more well-known. Terpinolene-rich CBD varieties are still uncommon., but more could certainly be made.

What are its effects? What else is it used for?

Terpinolene, like other terpenes, has yet to be fully studied in terms of its psychotropic properties. The entourage effect postulates that Terpinolene may be utilized with other terpenes such as Linalool to improve their effects, and the 2013 study paper mentioned earlier also revealed that inhaling Terpinolene resulted in mice not being able to detect a sedative effect.

The most interesting aspect of Terpinolene study is how it interacts with cancer. In 2011, research published in the journal Oncogene found that terpene reduced AKT1 expression, which is a protein involved in cell proliferation and apoptosis. They also found that it had a distinct impact on inhibiting cellular growth when compared to other drugs.

According to a 2013 study, Terpinolene has inhibitory effects on cancerous rat brain cell growth and may have potential as an anticancer drug. “TPO [Terpinolene] is a strong antifungal agent that inhibits the proliferation of brain tumor cells and may have future application as a cancer therapy, which requires further research.”

Its fresh scent, in addition to its versatility, has made it a sought-after compound in the fragrance/cosmetic market. As a result, you may find it offered in soaps, perfumes, and lotions.

How common is it in cannabis?

Terpinolene is a relatively new cannabinoid and is only present in trace amounts in cannabis plants. It’s also important to remember that Terpinolene-rich plants have a high THC content and are frequently known as “sativas.” This is something to keep in mind for any medical marijuana patients who are concerned about the side effects of THC.

Terpene content can vary from one grower to the next, and even batch to batch. Check out a flower’s certificate of analysis to see what terpene profiles are available.

To discover terpene content, a study looked at 233 samples from 30 cultivars and measured the amount of terpenes. Terbinolene was found in all but two chemovars except for Jack Herer and Trainwreck, which had ND (not detectable) amounts. 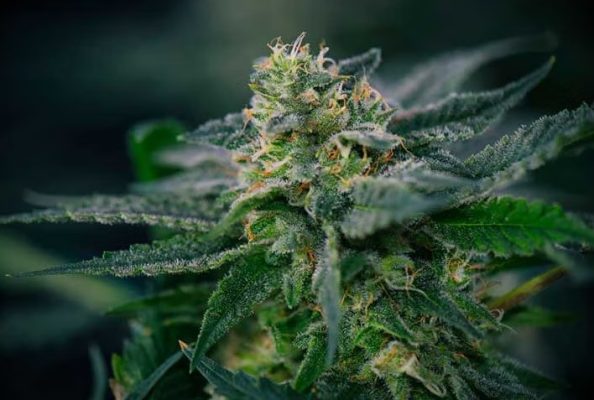 Terpinolene has been shown to be beneficial in the treatment of various illnesses and ailments, including cancer, heart disease, and diabetes.

Terpinolene was studied in the research “Anticancer and Antioxidant Activities of Terpinolene in Rat Brain Cells,” which appeared in the peer-reviewed journal Arhiv za Higijenu Rada. The researchers discovered that terpene was both nontoxic and an effective anticancer tumor growth inhibitor, suggesting that it may be used to treat tumors.

“Our investigations demonstrate that TPO is a strong antineoplastic agent for brain tumour cells, and it may have potential as an anticancer drug, which must be further studied,” the study concludes.

“Terpinolene, a Component of Herbal Sage, Downregulates AKT1 Expression in K562 [Cancer] Cells” was a 2012 study published in the journal Oncology Letters that investigated terpinolene from rosemary and sage. The terpene was found to reduce the expression of a protein (AKT1) that promotes cancer cell growth.

“In K562 cells, we discovered that terpinolene, a common component of sage and rosemary, significantly reduced protein expression of AKT1 and inhibited cancer cell proliferation.”

According to a 2005 study from the journal Phytomedicine, terpinolene—when combined with a vitamin such as Vitamin E, beta-carotene, or flavonoids—is an antioxidant that may be useful in the treatment of heart disease.

“Antioxidants from a variety of nutrients, such as vitamin E, beta-carotene, and flavonoids, inhibit low-density lipoprotein oxidative modification. This prophylactic impact might minimize atherosclerosis and heart disease progression by slowing the development of plaque.”

Terpinolene, like other terpenes including linalool and myrcene, has been found in research to have a range of effects, including antioxidant and anti-cancer benefits. Terpinolene has the ability to relax people when consumed at high doses, much like the terpenes linalool and myrcene and the cannabinoid CBN. It’s used to treat conditions such as anxiety, sleeplessness, and panic attacks.

Myrcene has antibacterial and antifungal properties. It may also be involved in the treatment of heart disease. Terpinolene, on the other hand, has shown to have anti-cancer effects. According to research, it may work with linalool to provide a more soothing effect.

Terpinolene is a cannabinoid that has a unique chemical make-up and structure, different from other terpenes. Terpinolene does not have anti-inflammatory or analgesic (pain killing) effects, as do many other terpenes.