Marijuana has long been associated with positive emotions and pleasurable experiences. Everyone understands that when you smoke marijuana, you’re going to have a good time. But why does it have this effect? What is the cause of this inexplicable sense of pleasure that appears to accompany all great marijuana strains?

It’s all about the happy feelings serotonin makes you feel, not some type of inexplicable occurrence. It has to do with the release of a neurochemical called serotonin and the pleasure it produces. But what is serotonin and how does it relate to marijuana? 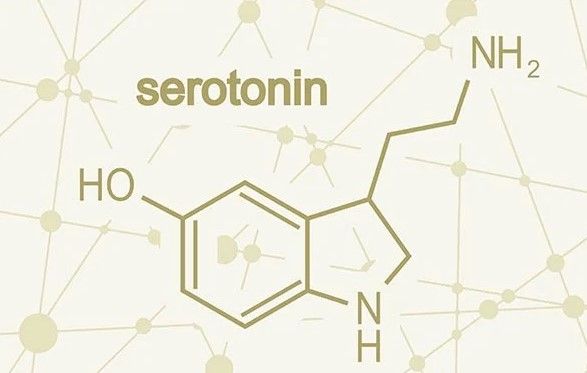 Serotonin is an amino acid that works as a neurotransmitter, which means it is used to assist neurons communicate with one another throughout the body.

Serotonin is well-known for being linked to all forms of optimism and joy, but in reality, the majority of all serotonin in the human body is found within the gastrointestinal tract, where it is utilized to assist control bowel movements.

However, in the brain, serotonin is far better recognized for what it accomplishes. Serotonin is found within the central nervous system and helps neurological cells in the brain link together to influence a wide range of bodily processes, including mood management, appetite control, and even sleeping patterns.

Serotonin is an important chemical in the body, and it’s widely recognized as the “happiness hormone.” We know quite a bit about how serotonin impacts bodily functions, despite the fact that we know surprisingly little precise information about how it affects the brain’s mood.

The fact is that there is a lot of scientific evidence, including a research published in the Journal of World Psychiatry by Philip J Cowen and Michael Browning, which shows that serotonin levels are necessarily linked to depression; this implies that individuals who experience depression have inadequate amounts of serotonin release.

This implies that any drug or therapy that increases serotonin release will make you feel happier as well as, hopefully, assist in the treatment of depression. SSRI antidepressants are one of the most frequently used treatments for depression since they aim to raise serotonin levels in the body by preventing it from being destroyed.

What’s the connection between CBD and cannabis, and if so, what does it have to do with serotonin? Is there a relationship between marijuana and the neurotransmitter serotonin?

How Does Marijuana Affect the Body? 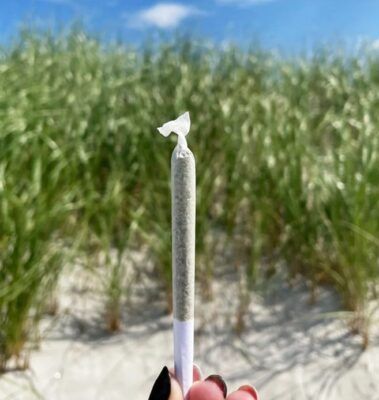 Marijuana, the popular recreational drug enjoyed by people all around the world, is well-known for its psychoactive effects. THC, the primary chemical in marijuana, causes these effects.

THC, the most abundant cannabinoid found in cannabis, functions as the primary cannabinoid within marijuana when consumed. THC has a variety of therapeutic effects on the body.

The cannabinoids in marijuana are broken down within the liver, where they engage with the endocannabinoid system, which is a kind of natural health system that runs throughout the human body and is responsible for all manner of different physical activities.

However, while the connection between cannabis and serotonin is straightforward, the nature of that relationship is more complex; for example, how exactly does it promote the release of serotonin via the CB1 receptors?

How Does Marijuana Affect the Release of Serotonin?

The most perplexing aspect about marijuana’s impact on the brain’s neurology is that we don’t yet understand the specifics behind it.

We understand that when THC is consumed, it binds to the CB1 receptors and activates them. What we don’t yet comprehend is the process by which the CB1 receptors are activated and subsequently released serotonin. One hypothesis is that when the CB1 receptor is triggered, it inhibits the chemical that tells the brain to ‘switch off’ serotonin. This is comparable to how CBD helps with inflammation. Cannabinoids like THC can encourage the production of serotonin by functioning as antagonists to neurotransmitters produced in the brain.

Although cannabis is a natural source of serotonin, excessive use may deplete your brain’s ability to create the chemical and can cause headaches, irritability, anxiety, aggression, and memory loss. Before you go out and smoke as much marijuana as feasible in order to try and feel as wonderful as possible, you should probably think about it – you might be harming your ability to produce serotonin.

According to a research published in the Journal of Proceedings of the National Academy of Sciences by Volkow et al., heavy marijuana users had less dopamine activity in their brains, suggesting that drug addiction may be associated with altered brain reactivity.

In other words, by continuously self-administering marijuana on a near-daily basis, their brains became overly sensitive to the serotonin and dopamine release that resulted from cannabis use, which compelled them to take more and more of the drug in order to achieve the same effect.

The brain’s continual demand for more medication eventually caused it to lose its capacity to respond with dopamine and appreciate pleasure sensations like those attributed to chemicals such as dopamine and serotonin.

Volkow et al. and others have shown that this issue persists for months or even years after individuals stop using cannabis, indicating a long-term problem with repeated cannabis use. However, keep in mind that if you just use marijuana moderately, you will not be affected by this kind of thing since it only occurs when you use marijuana excessively and frequently.

Final Verdict About the Connection Between Marijuana and Serotonin

Marijuana has an incredible relationship with the feelings of delight and pleasure, no matter what kind or souche you try; there will always be that underlying level of happiness and contentment that washes over you after consuming.

Although there is still a lot of study to be done on the subject, we now understand the unbreakable connection between marijuana and serotonin, as well as how marijuana may be useful in treating depression.

We still have a lot to learn, but at least we know that cannabis can be utilized to assist promote the production of serotonin – whether you’re suffering from severe depression or just want a boost, marijuana may be right for you.