If you enjoy cannabis or rely on it for its medical advantages, you’ve probably heard of butane hash oil. We’ll go through everything there is to know about butane hash oil (also known as BHO) in this article.

What Exactly Is Butane Hash Oil? 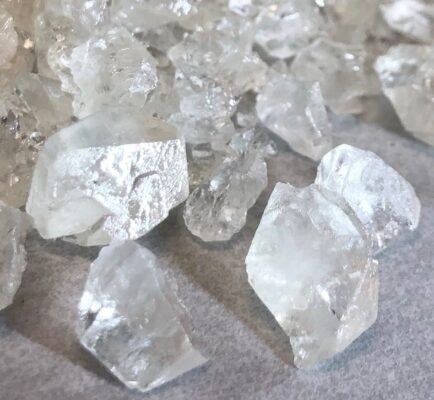 When you’re new to marijuana concentrates, you’ve undoubtedly got a lot more questions than answers. What exactly is butane hash oil? Is there anything I should be concerned about? Butane hash oil (BHO) is made by dissolving liquid butane into cannabis oil extracted from uncured cannabis plants.

The process of extracting BHO entails putting the plant material in a high-pressure, high-temperature chamber. Cannabis oil is extracted with butane. The cannabis oil is then vented by removing the butane through a vacuum, making it suitable for ingestion. Because butane changes from a liquid to a gas while being evacuated, it evaporates away and leaves no sign of its presence in the cannabis oil.

Although butane hash oil extraction is legal, you should not attempt it at home unless you are an expert. The process is hazardous. Those who make cannabis concentrates using a butane extraction method usually have prior knowledge in alchemy, chemistry, or science.

Butane is a flammable gas that, if not handled properly, can cause explosions and fires. There have been several fatalities as a result of butane-related blasts, while others have been severely burned. During extraction, butane changes from a gas to a liquid. When the heat is turned on, it once again becomes a gas. Naturally, an accumulation of butane gas indoors with an open source of heat poses considerable risk. As a result, our first advice to you is “don’t try this at home.”

The good news is that if you want to create your own cannabis concentrate, you have several choices. Kief production isn’t nearly as dangerous as using an extremely combustible gas to extract BHO, thankfully. Using supercritical CO2 extraction to separate concentrates from cannabis is also another option.

BHO and cannabis concentrates exist in a number of forms. Wax, shatter, sap, budder, crumble, Holy Water, comb whip, and so on are just a few examples of the many textures available. Humidity level fluctuations, temperature variations, and whipping affect the texture of various goods. What we’re talking about:

Wax’s shape is quite constant, making it ideal for dabbing. When handled, wax does not shatter but may become liquid if kept for a long period of time. Wax is great for people who want to load their concentrates into a dab rig quickly because it’s easy to use.

Shatter is the most difficult of all cannabis concentrates, with a glassy, smooth texture and a consistency that’s somewhat like ice. The majority of BHO shatter has over 80 percent THC, with some containing more than 90 percent. In general, the THC content is around 80-90%. This concentrate must be vaped using an advanced dab rig since it is not acceptable to eat it any other way.

Shatter, like butter, is a potent cannabis concentrate derived from the same plant. Budder is generally more pure and has an average THC concentration of 80 percent or higher. Some of the chemicals in this stuff have over 99% THC. The butter-like consistency of this drug is why it’s known as budder. 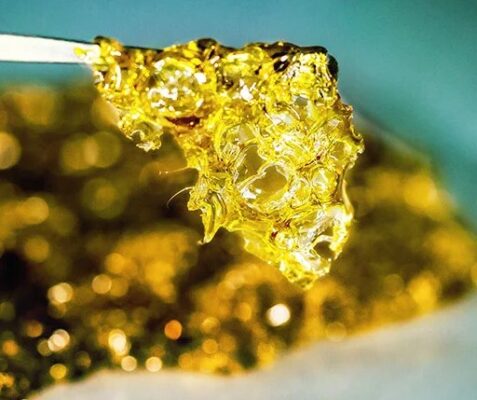 Oils are the lightest BHO variety and aren’t usually dabbed. Instead, people frequently vape a cartridge that has been oil-filled and inserted into a vape pen or similar device. Oils are not as potent as other forms of marijuana concentrate.

Cannabis oil has a distinct feel to it, similar to that of tree saps. Cannabis sap, like tree sap, has a thicker, more textured feel about it. Cannabis sap is sometimes more powerful than cannabis oil but is simpler to dab. Use extreme caution while adding this substance to your dab rig since it’s easy on the eyes.

The purging and extracting phases that Holy Water goes through are identical to those taken by other BHOs. At the moment, we can’t say precisely how Holy Water is made since it’s a trade secret. What we do know is that Holy Water BHO isn’t derived from fresh-frozen plant material.

Despite the fact that Holy Water BHO does not have the same slippery liquid feel as sap, it is not as runny as oil and not quite as thick as oil. It might also include significant amounts of terpenes, with up to 20% of dried weight made up of terpenes.

How Can Butane Hash Oil Be Consumed?

You’ve undoubtedly heard the term “taking a dab” or “dabbing” if you’ve ever come across it. BHO is a type of butane hash oil that is smoked, absorbed, and digested. The high potency of dabbing is one of the reasons people enjoy it. Let’s have a look at what it’s all about.

A dab rig is a device that warms up a nail and allows you to dab cannabis. When cannabis is heated with a butane torch, it transforms into vapor. Low-temperature dabs are becoming more popular, although high-heat dabbing remains widespread. Although they still require the use of a flame rig, low-temperature dabs do not need as much heat since the nail is heated at a significantly lower temperature. If you don’t want to utilize a flame rig, consider purchasing an e-nail, which looks identical to one but works with electricity rather than fire. An e-nail has temperature settings and tiny heating elements that cover the nail.

However, oils are a little more challenging to dab with a dab rig. As a result, they’re generally put in a cartridge and vaped using a vape pen. BHOs, such as wax or shatter, aren’t suited for vaping due to their greater consistency. They’ll block the flow of your gadget and lead to lots of aggravation. There’s also the problem of waste disposal to think about.

Butane hash oil (BHO) is a potent form of cannabis concentrate. BHO is made by solvent extracting the marijuana plant with butane as a solvent. BHO comes in a variety of consistencies, including shatter, sap, and budder, among others.

Keep in mind that cannabis concentrates are high in THC. As a result, they’re not recommended for beginners. Even experienced users should exercise caution since some concentrates might contain more than 90% THC.

When utilizing concentrates with more than 90% THC, experts and novices alike should exercise caution. Some concentrates might contain a lot of THC. Finally, avoid attempting to make your own DIY BHO since butane is a highly combustible gas. Remember that butane is a highly combustible gas. People have been killed or severely burned while making BHO at home by accident before. The significance of being safe and responsibly using Boho cannot be overstated here.