Let’s follow the evolution of landrace strains to our current varieties. During the Neolithic period, the Chinese may have discovered a wild species of cannabis plant. They collected seeds and planted them in order to cultivate their own supply after seeing the plant’s usefulness. 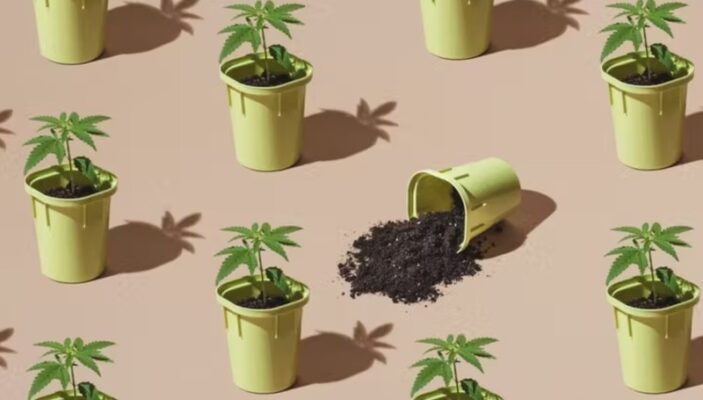 The seeds could have been transported to China or India. They may have come from there. Landrace strains are plants that grew in those new locations and were directly descended from the original species.

Beginning with the landraces, growers have been selecting and breeding cannabis plants to achieve particular outcomes (such as shorter growing season or resistances to pests, etc.). The original landrace strains evolved into what we now know as our contemporary hybrid strains during the last 100-200 years.

This is a difficult question to answer. Landrace strains aren’t inherently better, more powerful, or in any other way superior. They’re just less genetically diluted than other strains. nThis is comparable to comparing a 2019 Ferrari with a Ford Model A (designed between 1927 and 1931).

Even if you prefer classic automobiles, the experience in a Ferrari will undoubtedly be superior than that of a Model A — the Ferrari is simpler to start, more comfortable, has a smoother ride, and performs better.

The landrace strains are similar. If you have the chance to eat a landrace strain, you’ll be eating what the plant was like before it became domesticated.

In terms of delivering a physical or mental high, it might not be much better than modern hybrid strains. It may barely induce euphoria or pain relief. It would make for an intriguing experiment, to be sure. But if you’re looking for specific outcomes, like a mind-bending high or a reduction in nausea, you’ll get them much more quickly with a contemporary high-THC or high-CBD strain.

By the way, if you’re searching for the greatest marijuana available, save your money and invest in some organic, pesticide-free cannabis. So now that you know where your cannabis plant originated from, let’s go on a journey through the fundamental biology of your favorite drug. It’s going to be a lot of fun. We’ll begin our trip at the beginning: at the source, origin, or seed.

Cannabis, as a plant and plant product, is dried and chopped up for preparation and sale. The stems are usually cut off. Dried marijuana is also frequently ground into smaller pieces before being smoked to ensure that all parts of the plant burn equally. It also aids in the release of cannabinoids and terpenes so they can be breathed after being crushed.

Cannabis dispensaries generally do not pre-grind marijuana before selling it. Grinding it before a sale might damage freshness and potency. Exposure to light and air causes THC, terpenes, and cannabinoids to degrade faster when the cannabis is ground.

To prevent covering their tracks, most drug dealers mix the weed in batches, weighing and calculating how much they’ll need to sell. They then grind it just before using it, whether hand-rolling a joint or smoking it in a bong or pipe. Ground marijuana may also be used in cigarettes known as blunts.

Some individuals, according to anecdotal evidence, find that smoking a bong or pipe is smoother and less harsh on their lungs. However, any type of smoking, whether it’s a joint, pipe, or blunt, has a negative effect on the lungs. Smoking damages lung tissues and raises the chance of respiratory problems and cancer.

According to a survey, users fill about twice as much marijuana into a blunt than they do in a joint or pipe. Because of the amount of cannabis smoked via blunts, users who smoke them might be at an increased risk of suffering negative effects. When individuals seeking treatment for cannabis use disorder smoke blunts, they report greater intense withdrawal symptoms, according To one research, people who smoke blunts have more severe withdrawals.

When Should you Grow Marijuana?

If you’re growing outdoors in the Northern Hemisphere, most growers get their seeds between February and April and begin germinating them by the end of April. Many people start seedlings indoors before moving them outside once they’ve developed a bit more strength and the weather is warmer.

There is a one-month window for growing cloners or autoflowering strains. Plants will generally need to be outside, in the ground, by the end of June.

Harvesting generally takes place between September and November. This is determined by your local weather as well as the season that year—one year it could be the end of September, the next, October; growers in the Pacific Northwest will have to harvest their crops earlier than those in Northern California due to inclement weather.

You can grow weed anytime you want indoors, provided it’s in a vegetative stage. Keep in mind that the outside environment will have an influence on your grow facility—you may need to add heaters in the winter or fans and air conditioners in the summer. In addition, you can start seeds whenever you like and transform them into blossoms at any time, depending on how big you want the plants to be.