According to the National Institute on Drug Abuse, marijuana is becoming stronger every year. Without a doubt, if you evaluate strength based on THC concentration, marijuana is getting more powerful. In 2003, when the average THC content of cannabis was 6.4 percent versus 0.72 percent in 1976, it was obvious. 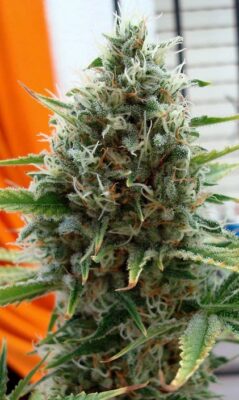 The high THC content of sinsemilla, or the upper portion of unfertilized female plants, is one of the main reasons for the improved strength. Modern harvesters leave less to no THC in the trimmings and leaves, as opposed to previous years when water leaves were collected.

DID YOU KNOW: The THC levels in 2003 were estimated to be 6.4 percent, but most projections are now above 15%?

Furthermore, we are discovering more potent mixes on a daily basis. Finding marijuana with a THC concentration higher than 10% was uncommon in the halcyon days of the 1960s and 1970s. Today, many strains have more than 20% THC.All of the above is wonderful news if you’re looking for a strong high. The issue is, what are the world’s top marijuana strains? Continue reading to learn our top choices.

5 Best and Strongest Marijuana Strains of the Year

In reality, the strains listed below are not necessarily “new” strains for this year. Rather, many of them have simply evolved with the passage of time to include more THC in each generation.

They have been “selectively bred” over many generations of numerous breeders to only include the female genes that yield buds with the most THC. So, how does “selecting” for a souche with lots of THC work?

After harvesting a crop, you can “test” each plant sample for its flower (bud) production and THC content. This testing may be done in a real HPLC laboratory, where the chemical analysis of THC levels is carried out, or it may be conducted by smoking a sample of each plant’s flowers and determining which one produces the most high.

Anyhow, without further ado, here are our selections for five of the most powerful and potent cannabis strains for 2015. There are several high-THC strains available these days, but these are our personal favorites.

The most powerful marijuana strain on the planet, according to High Times, is Godfather OG. This indica-dominant hybrid has a THC concentration of more than 34%! Because it’s an activated THC value, there’s a good chance the figure is low.

Godfather OG is a hybrid strain developed by California Herbal Remedies (CHR) and is thought to be a cross of Cherry Pie, OG Kush, and Granddaddy Purps. It’s no surprise that Godfather OG is frequently referred to as the “Don of all Kush” strains with this knowledge. A typical variety should have a THC content of more than 25%.

Of course, strength without excellence is meaningless; and Godfather OG has no shortage of excellent qualities.

The Godfather OG marijuana strain has previously won the High Times Cannabis Cup for best indica strain, and when you smoke the bud, it will hit you with an incredible cerebral high that quickly turns into a total-body euphoria. Users typically feel peaceful and happy while under its influence, with both mental and physical euphoric effects spilling over into other areas of their life. Godfather OG provides complete relaxation and might leave you stationary or couch-locked for the afternoon due to its strength.

When it claimed the coveted Cannabis Cup title with a THC concentration of 32.13 percent, Metldawg previously held the record for highest THC content. Next Harvest in Denver CO developed this unique marijuana strain, which is one of the most intriguing. People are unaware of its heritage or genetics. However, it is said that Chemdawg is a Thai and Nepalese sativa cross.

It should go without saying that Chemdawg is for the experienced user. It’s an indica-dominant hybrid (55 percent) notorious for its pungent odor. This scent has a distinct diesel smell to it. In fact, this plant is used to make Sour Diesel, one of the world’s most popular (and strong) marijuana strains.

Chemdawg provides a wonderful cerebral high that is really satisfying once you know how to utilize it.

The buds have a restorative effect and are great for unwinding a racing mind. Furthermore, strains like Chemdawg have uplifting qualities, according to research, making them ideal for relieving tension at work.

Lastly, it is also a strain that encourages creativity and has been popular with artists for many years on the California and West Coast in particular.

Do you want to learn more about the Chemdawg strain? Take a look at this in-depth Chemdawg review for further information. We’ve also shown how it may help you!

3 – Irish Cream: This Marijuana Strain is the Real McCoy

This is yet another instance of “selectively breeding” to produce a highly potent marijuana strain. The strain was created by Mighty Irish Seeds, which is also the creator of Irish Cream. It’s an indica and a crossbreed of Real McCoy and Cookies & Cream. The end result is a marijuana strain with an alleged THC concentration of more than 27 percent on average, according to the company.

If you smoke this strain believing it will taste like Bailey’s, you’ll be disappointed. Instead of a sweet cream flavor, though, it has classic dank herbe tastes. This bud has the fragrance of fresh herbs and pine, which isn’t quite as good as the Sweet Cream strain but is still an enjoyable experience.

The potent Irish Cream is a strain that may assist with the relief of anxiety, sadness, stress, and even chronic pain. The initial high is mostly cerebral, but you’ll soon feel cheerful, rested, and sociable all at once. Your body will begin to feel the effects eventually and you’ll be ready for a deep, naturally good night’s sleep as a result of this strain’s “carefree” qualities. Due to the fact that it’s ideal for late afternoon and evening use, we refer to this as a “carefree” strain.

4 – White Tahoe Cookies: This Marijuana Strain is the New Kid on the Block 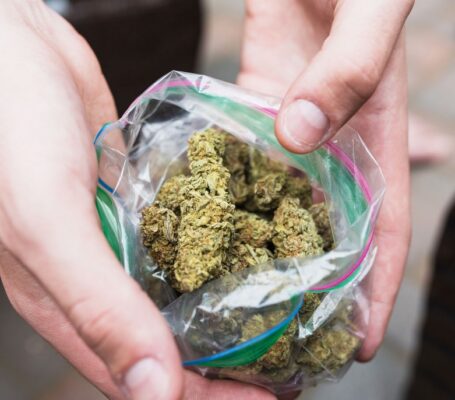 The strain’s name was derived from the creators’ interest in history. The White, Girl Scout Cookies, and Tahoe OG were used to create this new strain, so it was only natural that the hybrid be named after its creator. According to its breeders, White Tahoe Cookies is quite popular on the West Coast, with a THC concentration of over 27%, making it one of the world’s most powerful overall.

This is a sativa-dominant strain (about 70%) that is one of the most visually appealing strains available. White Tahoe Cookies are distributed by Archive Seed Bank. It’s definitely worth trying if you want to experience the delicious, flowery notes with obvious OG undertones.

In terms of effects, you may be surprised at how quickly White Tahoe Cookies hits the senses. You should feel euphoric and your thoughts should be filled with excellent ideas in minutes because this strain is ideal for generating ideas.

In fact, a single puff is all it takes to understand you’re dealing with a powerful monster of a strain.

Finally, you will experience a soothing body buzz that fades into sedation. The high can last for hours at a time. As a result, double-check that you’re properly cocooned in bed. (And of course, since this property makes it one of our absolute favorites for insomnia and other sleep problems!)

5 – Strawberry Banana: The Marijuana Strain That Tastes Like Dessert

Strawberry Bubblegum is a 70% indica hybrid (Crockett’s Banana Kush crossed with Strawberry Bubblegum) created by the madcap inventors at Serious Seeds. It has been on the High Times’ “Striking Strains” list for three years in a row, and it is a regular on the “Strongest Strains on Earth” list compiled by High Times. On at least one of the strain’s phenotypes (grown by Greenwolf LA & Green Country Rebellion), THC levels averaged 31.62 percent, according to the growers.

In reality, the typical THC concentration of this strain is probably closer to 26-28 percent, which it makes one of the most consistently powerful marijuana strains in the world. Strawberry Banana, often regarded for its delectable flavor, is comparable to strawberries and bananas. The flavor is accompanied by a lovely banana aftertaste as well as a wonderful strawberry aroma.

Strawberry Banana isn’t the kind of strain you’d expect to find in Hawaii; with THC levels over 32 percent, it’s a high-THC expert-only bud with a powerful punch.

Strawberry Banana starts with a cerebral head high and makes you feel calm and focused throughout the entire experience. You will eventually become sedated and perhaps even couch-locked. Strains like Strawberry Banana are also effective in treating depression, PTSD, and sleep problems, according to certain studies.

Final Thoughts about the Best Marijuana Strains for the Year

At first, we’ll explore the characteristics of each strain. Remember that terms such as “powerful” and “potent” don’t always have to imply “high-quality.” We’ve worked hard to develop (what we expect to be) the world’s most powerful marijuana strains of the year. These strains are leading today in terms of a strong kick. Furthermore, these strains can produce a memorable and pleasant experience for many years to come.

Naturally, this list is always in a state of flux. Growers develop potency-enhancing techniques on a regular basis. When will a strain be developed that yields buds with 40% THC content? Will this be the year? We’re eager to see what happens!