We base our vision on the future while acknowledging and respecting the history that brought us to where we are now. We look forward to participating in Ontario’s legal cannabis market as a cannabis retail store (CRS) that is licensed by the Alcohol and Gaming Commission of Ontario (AGCO) to sell recreational marijuana.

One of our stores’ strengths is that we preserve cannabis history while also assisting in the development of this sector’s future. We may pay homage to some of the “old school” strains we’re used to, while gaining a deeper knowledge of cannabis as a result of increased expertise and information about each strain‘s profile.

Here are 10 legacy strains we’re glad to see in the legal cannabis market in Canada, as we celebrate the cannabis we’ve always known and loved.

Super Skunk is a skunky, indica-dominant hybrid with Afghani and Skunk number 1 in its lineage. Despite being green in color, some people have observed undertones of orange and brown. Dense buds with short trichromes, hair outgrowths or appendages on the plant, are characteristic. The entourage of terpenes found in 18twelve’s Super Skunk includes caryophyllene, myrcene, humulene, and linalool, all of which contribute to the strain’s calm effects. Super Skunk is well-known for its soothing effects on the body.

Top leaf and 18twelve are the two major providers of Super Skunk. 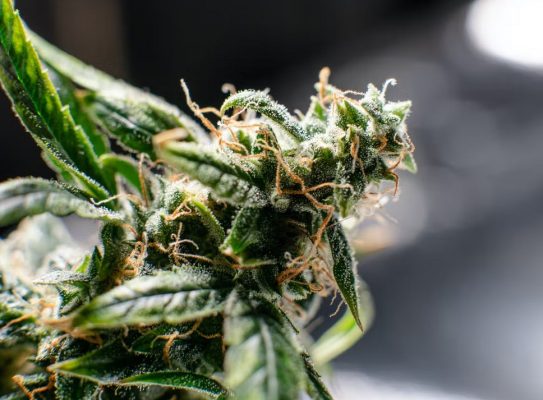 7Acres and Spinach are currently cultivating the White Widow strain.

Jean Guy is a sativa-leaning hybrid with a rich earthy flavor and notes of zesty lemon. The frosted green buds of Jean Guy are a combination of green hues with orange pistils, and they’re packed with golden crystal trichomes due to its high THC potential and supposed lineage from White Widow.

Canaca Grown; Jean Guy was created in Nanaimo, British Columbia, and cultivated locally in a sun-drenched, high-tech greenhouse right here in Ontario. Our homage to a Canadian classic.

This extra-frosted Blue Dream, which boasts its heritage of Blueberry Indica and Sativa Haze, is a sativa-leaning strain with a sweet and sugary blueberry scent. It has Alpha-Pinene, Beta-Caryophyllene, Limonene, Myrcene, and Nerolidol as terpenes. This delicious strain contains more than just good flavor when it comes to adding to the table. The CBD and CBN levels are 2 percent each, which contributes to the overall entourage effects observed when many cannabinoids interact together.

The Green Dragon strain is now produced by Tantalus Labs, Spinach, and CannaFarms.

Pink Kush is rich in THC and has an earthy aroma with a sweet flavor, owing to the myrcene, beta-caryophyllene, and limonene in its terpene combination. The dense and round buds are covered with dark amber pistils beneath a thick layer of trichomes. Although no one is certain about Pink Kush’s ancestry, many people feel it is descended from OG Kush. Pink Kush generally produces feelings of calmness as well as euphoria when consumed. 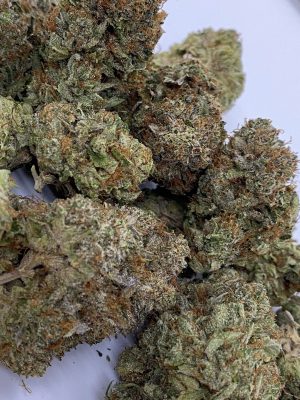 The flavor of this richly aromatic indica-dominant heritage is sweet and pungent, with notes of white musk and red pepper. Afghan Kush is an indica-dominant heirloom strain created in the Hindu Kush mountain region of Central and Southern Asia. Afghan Kush is a parent variety for many Kush strains currently available. The dry flowers are firm, sticky, and chunky; their moss-green leaves flecked with purple hues underneath a layer of crystal trichomes. It has notes of white musk (myrcene), sandalwood, and red pepper (caryophyllene), as well as wild mountain strawberries (linalool).

The Ace Valley CBD produced by Flowr is a BC indoor-grown hybrid. It has a purple hue with a thick covering of orange, red, and blue hairs, as well as a mild THC concentration and an earthy flavor with fruity undertones generated by the myrcene, beta- and trans-caryophyllene, limonene, and terpinene in its terpene profile.

The indica-dominant hybrid Monkey Glue (also known as “Gorilla Glue”) is a mix of indicas. “These chunky, resin-coated buds have pungent, earthy and sour aromas,” says Good Supply. There’s no monkeying around when it comes to this strong sativa-dominant strain – you’ll definitely form a relationship.“

The Afghani Thai landrace strain that gave rise to the Northern Lights was one of the most famous indica-dominant strains. It has a strong sweet-and-spicy scent and a terpene profile dominated by Beta-Caryophyllene, Bisabolol, Guaiol, Limonene, and Trans-Caryophyllene. It is often used as an evening or late-night strain because it is a strong dominant variety that typically produces feelings of relaxation and calm.

Northern Light’s lineage is uncertain, although it is generally supposed to be a mixture of two landrace foundation ingredients – Thai and Afghani. It was originally created as a strain in Holland and has since become popular throughout Europe.

WeedMe is the company that has produced Northern Lights.

The Chitral of the Hills is a beautiful purple shade, and its buds are delightfully fragrant. It’s an indica-dominant strain with moderate THC potency and a mild cheese-like aroma due to its rich terpene profile, which includes myrcene, alpha- and beta-pinene, and guaiol.

Our budtenders are passionate about cannabis and eager to talk with you about it. They can assist you in selecting the strain that is best for you, based on your requirements.