Cannabis strains can have vastly different effects, even if they come from the same plant. If you’re new to cannabis use, this may be surprising. The strain you choose will affect how you feel after consuming it. Some people feel alert and energetic after taking one strain, while another person might feel sleepy and relaxed from a different strain. Hybrids are generally a good place to start your journey because their effects tend to be well-balanced.”

What Are Hybrid Strains?

Simply put, a hybrid is a combination of indica and Sativa strains. Indica, Sativa, and hybrid are the most common categories used to describe cannabis. Those labels aren’t accurate enough to identify the effects of a certain strain because they don’t take terpenes or potency into account. However, though, they’re a good place to start when classifying marijuana.

Before you can figure out what to anticipate from a hybrid, it’s crucial to understand the distinctions between Indicas and Sativas. Indica strains are generally known for their soothing, relaxing impact, which some people refer to as a body high. Stress, pain, and anxiety are common experiences that people report losing while using indica strains, making them ideal for late-night sessions. Many indica users enjoy smoking one of these strains right before going to bed.

The difference in the two types of cannabis is that Sativa strains are associated with feelings of optimism and energy, whereas Indica strains are linked to feelings of calm. Both varieties contain THC, the psychoactive chemical in marijuana that produces a high. Sativas are more frequently thought to be excellent daytime cannabis because they’re known for having a head high. The cerebral experiences produced by smoking a Sativa are frequently referred to as a head high. People commonly mention that Sativa strains make them feel smarter while performing tasks or still want to be active.

A hybrid strain is any plant that’s a mix of an indica and a Sativa. The majority of strains are hybrids, resulting in a blend of indica and Sativa effects. Some believe that hybrids offer the best of both worlds, because they create a balanced effect in the mind and body while also making individuals feel calm yet not sleepy. They’re ideal for those who find pure Indicas or pure Sativas to be too powerful. 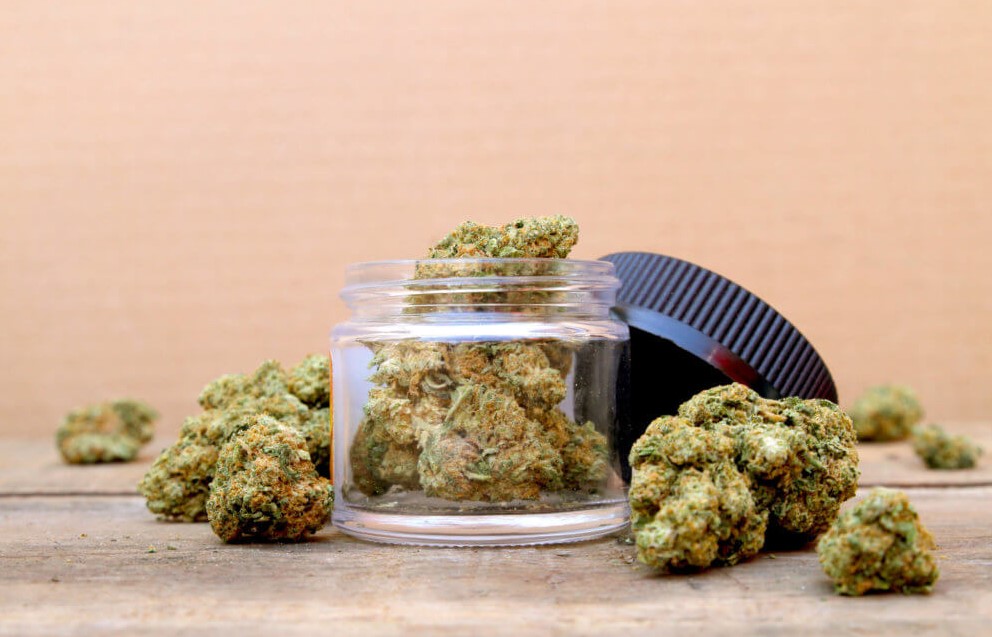 Are All Hybrid Cannabis Strains the Same?

All strains of cannabis have unique characteristics, and this is especially true for hybrid strains. Hybrids can widely differ in terms of how indica- or Sativa-dominant they are, which impacts the way people react to them. Some hybrids will produce effects similar to pure indicas or Sativas but to a lesser degree, while others offer a balanced mix between both types of strain.

Cannabis has the ability to impact people differently, even if they consume the same type of cannabis. This is due to variables such as our own biochemistry and mentality, necessitating that everyone must experiment a bit in order to figure out which cannabis strain is ideal for them. Hybrids are perfect for newcomers since they allow users to discover how different strains affect them before making adjustments based on their findings.

Chiquita Banana comes first on our list of top 10 hybrid strains due to its high potency. This isn’t the kind of cannabis we’d advise novices to try. Chiquita Banana is a High Times award-winning hybrid strain, having been chosen the year 2015 and 2016’s “High Times” strongest marijuana. Its THC content has reached a new peak of 34%, which is far greater than any other cannabis variety. As a result, it is now one of the world’s strongest hybrid strains.

Chiquita Banana is a 50:50 Indica to Sativa hybrid weed strain, crossbred from OG Kush and Banana. Users have reported an intense but short-lived euphoric high, with sweet banana and sugary lemon flavors on the exhale.

The popular and powerful hybrid weed known as White Widow is at the top of our list of best hybrid marijuana varieties for its popularity and effects. The Indica component of this strain has a soothing undertone, which means it provides a cognitive high with a relaxing undertone. It combines the greatest aspects of both forms, allowing smokers to relax while maintaining self-consciousness.

The Northern Lights is an excellent strain for beginners. It’s extremely easy to grow and its buds are not only beautiful, but also have a wonderful taste and aroma profile. It generates a sweet sugary smoke with a citrusy and peppery scent as well as a lemony aftertaste. When smoked, smokers should be aware of this strain’s tendencies. The smoke has the tendency to expand swiftly, resulting in coughing.

Gorilla Glue is a 50/50 hybrid of Sativa and Indica, with Chem’s Sister, Chocolate Diesel, and Sour Dubble in its lineage. It has won the Los Angeles 2014 High Times Cannabis Cup for its potency, making it one of the strongest hybrid strains around.

If you’re looking for a resin that will help relax your mind and body enough to fall asleep, Gorilla Glue is your best bet. It’s THC-rich which encourages the production of dopamine in the brain – perfect for using at night. Just one puff is all it takes before you start feeling drowsy and peaceful.

Wedding Pie is a delectable hybrid strain with 60% Indica and 40% Sativa. It resulted from a cross between Wedding Cake and Grape Pie, both of which have fruity flavors. The buds have sweet grape and berry undertones, as well as hints of nutty dough, making them extremely delicious! For more marijuana strains like wedding pie, check out the greatest fruity strains.

Smoking Wedding Pie will give you a head high that starts with a slight tingle. Your mind will quickly become calm and relaxed while your body buzzes. It is an ideal flower to use in the evening because it will make you unfocused, lazy, and couch-locked. 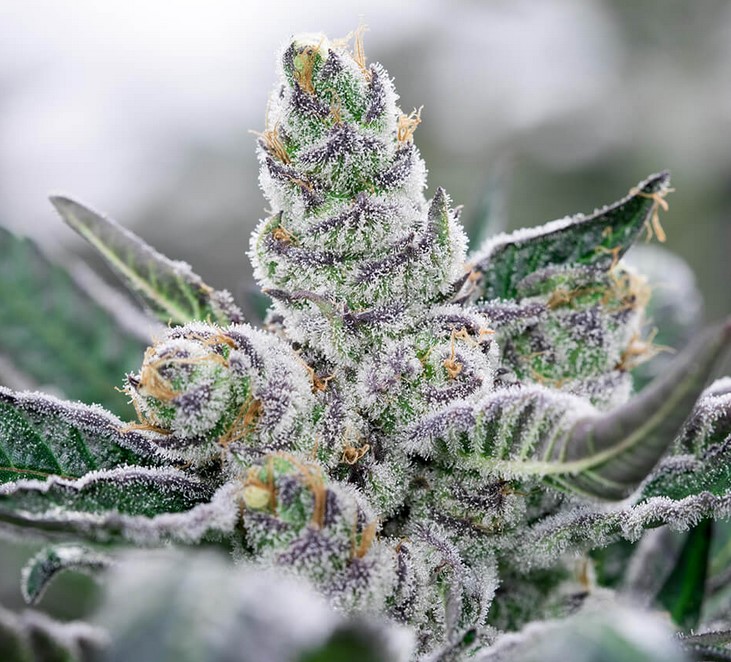 The Jack Herer strain is a enviable Sativa-dominant hybrid that took the market by storm when it was released. It was named after famous marijuana activist Jack Herer, and has lived up to its namesake with its world-renowned reputation. This superior strain is a three-way cross between Haze, Northern Light #5, and Shiva Skunk.

The strain is named after legendary cannabis grower and activist Jack Herer, who developed the strain for medicinal purposes. This Sativa-dominant hybrid has been used to treat symptoms of arthritis, chronic pain, nausea, headaches, post-traumatic stress disorder (PTSD), and other issues over the years. It’s also recognized for boosting energy and creativity. You may read more about our top creative strains in this article from a previous week

Blue Dream is a popular Sativa dominant hybrid strain that many people believe to be one of the best strains out there. This strain is known for giving people energy, motivating them, and helping them focus on tasks that require high levels of concentration. Additionally, it has an uplifting effect on the mind that helps with mood disorders such as depression and stress-related conditions.

Ranked last on our list for best Sativa dominant hybrids is Sour Dawg, noted for its moderate potency, aroma, and flavor profile. As one might guess from the name, this weed strain comes from parentage of Sour Diesel and Tress Dawg. It has the potential to reach a THC level as high as 25%.

Sour Dawg gives off a diesel scent with pine and earth undertones, making it perfect for those who love the smell of fuel. 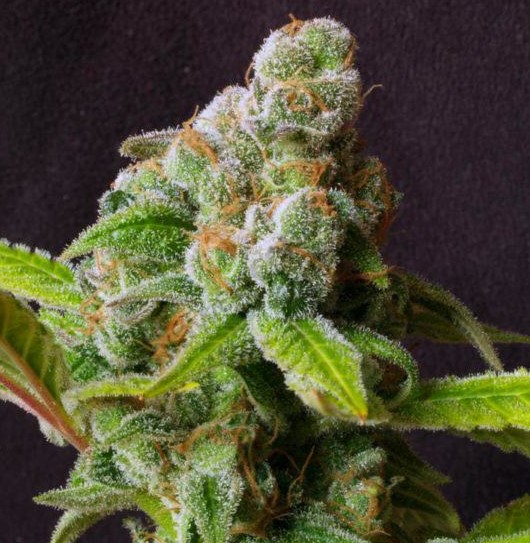 OG Kush is the greatest Indica dominant hybrid strains, and it’s impossible to discuss them without talking about OG Kush. This is an extremely Indica-dominant hybrid with an Indica to Sativa balance of 75:25. It’s the result of a cross between Chinwag and the Hindu Kush. Despite its name, OG Kush does not have a harsh punch in the face, but instead provides a full-body buzz that makes you calm and sedentary on the couch.

The ChemDawg Kush strain is ideal for nighttime usage, without a doubt. You may use its soothing and numbing qualities to help you relax and fall asleep.

Strawberry Banana is the conclusion of our selection of the finest Indica dominant hybrid strains and best hybrid marijuana strains. It has a 70:30 Indica/Sativa ratio, with a THC level of around 22-26 percent. The Strawberry Banana high starts with a light head buzz that rises to an intensely euphoric and uplifting cerebral head high. This makes it ideal for nighttime use since it induces a peaceful and relaxed mental state, making it the perfect hybrid strain for sleeping.