Smack dab in the middle of high-stress training (HST) is a contentious method known as topping vs. fimming, where both options are winners. By reducing the height of your main colas, these techniques free up energy for the rest of your plants to grow.

Though it might not make sense at first, stunting the main growth point actually results in a fuller canopy. Furthermore, you’ll reap heavier yields because all of the plant will receive an equal amount of light.

Keep reading to learn about the difference between fimming and topping from the perspective of expert cannabis growers. You’ll find out how they prune their plants to get bigger buds.

Topping vs. fimming: What is topping cannabis?

Topping is a term for when you cut off the head of the cannabis plant by slicing through the main stem during its vegetative stage.

Super cropping is a trimming method that vapes the lower sections of the plant, while topping and fimming refer to lopping off the summit. Growth hormones are typically concentrated on the terminal cola (the main bud), so by chopping it off, they spread out to lateral branches.

When you cut off the main head of the plant, it stresses the plant and causes it to stop growing vertically. This allows the side branches to catch up. It’s especially important to stunt vertical growth in indoor grow rooms where space is limited. Under lights, plants automatically push upwards towards the light source while their lateral branches sit in shade. The hormone boost also improves side growth which widens areas that are illuminated..

When you top a cannabis plant, two main colas will form where there was once only one. Commercial growers repeat this process to create four, eight, or even more plants. This method is beneficial because it makes use of available light and significantly increases output. Additionally, topping reverses the Christmas tree shape of the marijuana plant so that it produces bigger harvests with thicker colas–each receiving an adequate amount of light exposure. Finally, energy expenditure is decreased which creates smaller but denser buds. 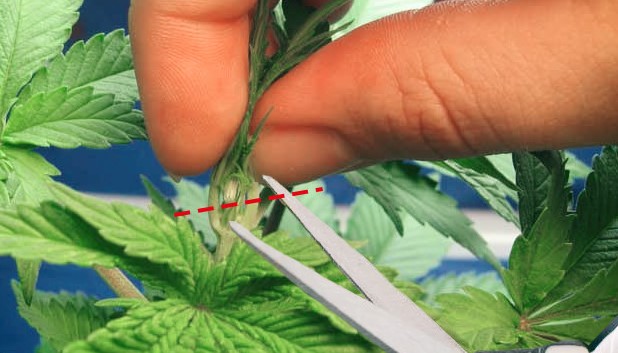 Fim vs. top: What is fimming cannabis?

Topping and fimming are two similar HST methods for improving cannabis growth and bud production. Fimming cuts 75% of new growth at the top of the main stem, but doesn’t slice through the central stalk.

FIM is an acronym that means “I Missed.” This refers to omitting the main stem, which results in four new heads growing from the same spot. It also stresses the plant less than topping does. Since there is less pressure, it also recovers more rapidly.

Four heads are created with this method, but the plants still grow taller than if they were topped. After fimming, most of the new growth is removed without touching the plant’s stem. Fimming enables growers to have a balanced canopy like topping does, and approximately five days of recovery are necessary before regular growth restarts.

Just as plants in nature grow towards the sun, so too do those grown indoors develop in the direction of light sources. As a result, the topmost bud tends to get more light than those lower down.

Preferably, photoperiod plants should be topped by cultivators. Unless you are a knowledgeable grower, autoflowers shouldn’t be topped because the time it takes to recover is slim.

The difference between fimming vs. topping

Fimming vs. topping is a long-debated topic among farmers and commercial growers. generally, those who farm outdoors prefer topping, while fimming works well for small indoor Growing operations that are limited on space.

Here’s a brief breakdown of the topping process:

Here’s an overview of the fimming technique:

Although the distinction between topping and fimming may only be a few inches, both methods have a profound effect on output. It commonly takes two weeks for plants to rebound from being topped, while they need only five days to recover from fimming. Before resolving the debate, you’ll first need to grow your indoor seeds tall enough–at least one foot. 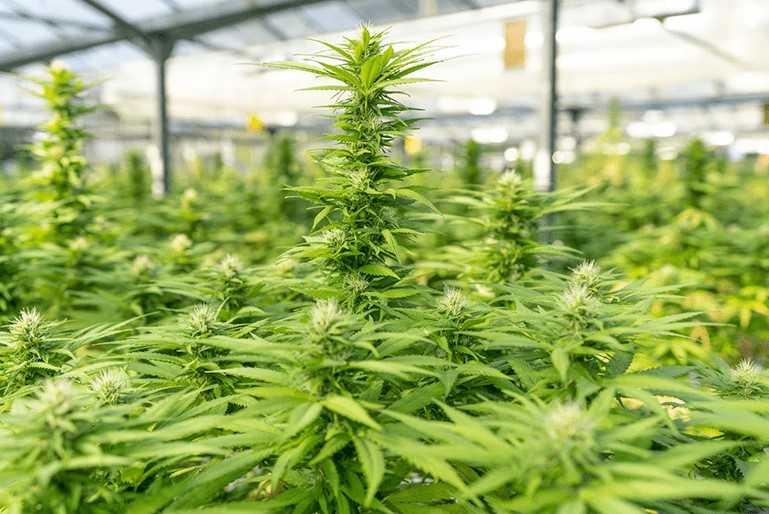 Is topping or fimming better?

Could you be getting better results if you Topped or Fimmed your Marijuana plants? See what works best for your individual setup; remember, you could always try both methods simultaneously to compare the differences, pros, and cons. Many breeders have had great success using these pruning methods as they significantly improve yields while also boosting bud quality.

Cutting the tops of your plants and removing some of the smaller leaves (fimming) creates multiple colas (growth tips) and expands the area that receives direct light, ultimately increasing yields.

A few things to consider when trying these methods:

With our topping and fimming guide, you’ll understands which HST pruning style will fit your needs the best.

The lowdown on topping and fimming

It can be difficult to decide whether to top or fim your plants. Fimming may seem like the better option because four heads are better than two, but it’s usually more complicated than that. Cultivators can repeat the process multiple times to create even more colas.

The size of your grow space also matters. Small to micro-size growers typically use fimming, while outdoor growers and commercial farmers go for topping. While both pruning methods stunt plant growth to some degree, fimming allow plants to grow taller.

If you’re looking to put your knowledge to work, why not try growing your own cannabis? Buy high-quality seeds and watch them germinate and grow to over a foot tall. Once they’ve reached that point, it’s time for your own topping vs. fimming test!