Cannabis is often referred to as nature’s “cure-all,” and for good reason. It has a long list of physical and mental health benefits, including:

Marijuana has been found to help with a variety of illnesses, not to mention that it simply makes you feel good. In terms of the aforementioned medical purposes, marijuana may be classified as a natural medicine since it is a plant and plants originate from nature.

However, there is a problem with the majority of cannabis that most people consume: it has been exposed to a variety of hazardous pesticides. That’s true; chemical treatments are put into the soil as fertilizers and pesticides, and while they may aid in faster and bigger bud development as well as protecting pests, there is one major disadvantage: they can alter the plant’s structure and health.

Sure, it’ll give you a high and maybe some of the benefits that marijuana is claimed to have, but if you want to truly experience cannabis goodness, you should avoid chemically-laced weed. But how can you do this? It’s simple! By going organic.

What is organic marijuana, and why should you care about it? What are the differences between organic marijuana and commercially produced pot? Why should you switch to natural cannabis? What advantages does it provide? How do you go about acquiring it? Read on to learn how to resolve these issues as well as why only consume natural cannabis (one-hitter, bubbler, premium rolling papers, brownies, cookies, etc.) in your bowl. 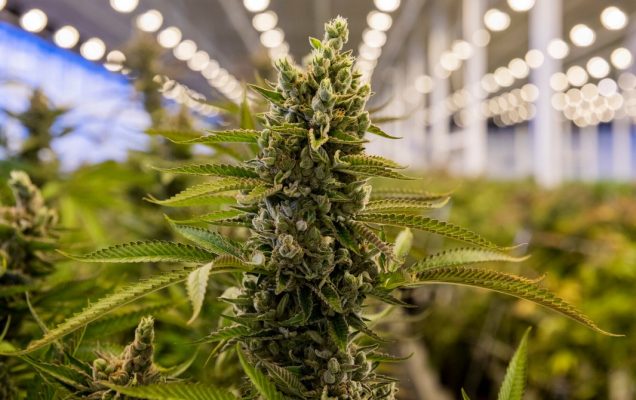 What Is Organic Marijuana?

To understand the advantages of organic marijuana, you must first grasp its history. It all began with Jeff Lowenfels, a Harvard graduate (one of the world’s most prestigious universities), a lawyer, and a gardener who is credited for starting a new era in cannabis cultivation, which laid the groundwork for the organic marijuana movement in Canada and United States.

Lowenfels is also a horticulturalist and an Alaskan gardener. He started a unique but very successful gardening movement that changed the way people grew marijuana in the United States. In fact, Lowenfels’ technique was so efficient and made perfect sense that it prompted other home growers to question the techniques they were using, resulting in the “No Rake Movement.”

The idea of this gardening movement is basic, yet makes sense. The goal is for farmers to avoid interfering with the soil their plans will develop in and instead just allow them to do so naturally.

Simply allowing nature to function as it does best is all that’s required. Other than providing water and light, just let nature take care of things. Chemical fertilizers and pesticides should not be used; instead, the earth should be left to grow plants naturally without human intervention influencing unnatural development.

Lowenfels’ suggestions made sense, and they offered the evidence to back up his claims that organic farming is the ideal method to grow the healthiest plants. When gardeners and homeowners followed his advice and stopped interfering with nature, they discovered that their lawns were considerably greener, fuller, and more lush.

Instead of collecting the clippings after their lawns were mowed and raking up the leaves, homeowners let them lie and decompose. The decayed grass clippings and leaves helped to fertilize the lawn, resulting in exceptionally green, thick, and robust grass; much better than before when chemicals and fertilizers were used.

The leaves are left to decay on the ground in the fall and are turned into mulch after they have fallen. The soil food web is one that relies on humans when human interference is avoided; it’s also known as “organic” when human interjections are avoided. Who would’ve guessed it? 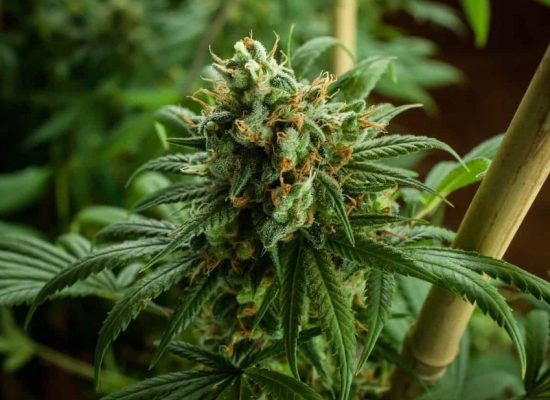 Why is Non-Organic Marijuana Bad?

Whether you’ve been using cannabis for a while or just recently started, any of the marijuana you’ve consumed has most likely been non-organic. In other words, synthetic nutrients and pesticides were used to grow the plants in order to enhance their growth. “I’ve been just fine using the marijuana I’ve been using so far, so what’s the big deal?” you might be wondering.

What Are The Benefits of Organic Marijuana?

Many people are hesitant to pay a premium for organic foods because they believe that they must sacrifice taste in exchange. You may also find that buying organic marijuana is more expensive than normal marijuana, which raises the question of whether it’s worth it. In our opinion, yes – the extra cost is well worth it.

Here are a few of the major advantages that organically grown marijuana has to offer.

When plants are grown using chemical pesticides and fertilizers, they can include substantial amounts of poisons, which means when you eat those plants, you’re ingesting the chemicals that they contain. The same is true with chemically treated cannabis.

Despite the fact that marijuana has been legalized in numerous states throughout the United States, pesticides, herbicides, and fertilizers are frequently used in cannabis cultivation. While the intention of utilizing these chemicals is to grow crops faster and produce bigger plants so that pests don’t infest them, there is a major flaw: your health and safety.

Unfortunately, many cannabis growers use pesticides that are known to be hazardous as a means to increase their earnings. Cannabis farmers, like fruit and vegetable farmers, are frequently willing to sacrifice quality and safety in order to make more money. Money is the root of all evil…

You’re inhaling or eating a lot more than the THC, CBD, and other cannabinoids and tannins that the plant contains when you smoke or eat in organic marijuana; you’re also ingesting chemicals and neurotoxins that have been sprayed on the plants.

There are a lot of organic nutrient manufacturers (such as BioBizz, which has been producing organic nutrients since 1992) who produce high-quality potent fertilizers that are still entirely organic. You may juice up your plants a little if you need to without worrying about adding hazardous chemicals to your cannabis plants by using these products. 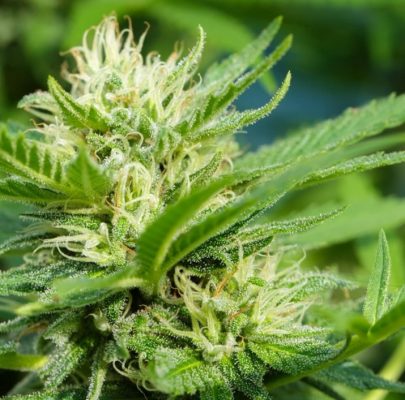 Organically Grown Bud is Better for the Environment

Agriculture is not the only industry that causes pollution. Inorganic farming, as we said before, is harmful to the environment. When chemical fertilizers are used and harmful pesticides are sprayed on crops to keep pests at bay, salts, metals, and other hazardous chemicals they contain enter the soil and groundwater via irrigation channels.

Because of this, not only are the plants treated impacted, but so is the surrounding soil and, as a result, the plants that develop in it. Animals and people are also harmed by these hazardous chemicals.

Not only will you not be harming your marijuana plants by growing cannabis in soil that has been fertilized with organic nutrients and pesticides/herbicides derived from nature, but you won’t have to worry about hurting the environment as a whole.

As the food soil web explains, growing organic marijuana requires the use of natural composts. As a result, you aren’t disrupting nature or adding anything to the earth’s soil, lakes, rivers, streams, seas, and groundwater.

As a result, your carbon footprint will be significantly reduced. Organic marijuana is also more sustainable because it naturally promotes fertile soil and minimizes pest infestations. It also aids in the control of insect populations by allowing nature to handle these pests and adapting to keep them at bay without the use of pesticide chemicals.

Mother Nature knows how to make superior sweets just like your mother. Organic marijuana has a significantly better flavor and is far more powerful than cannabis that has been chemically treated. Give it a shot! We promise that as soon as you smell an organic bud and take a hit off a bowl full of organic bud, you’ll immediately notice the distinction. We also promise that you’ll observe a significant difference in the effects you experience.

What is the advantage of a higher-quality cannabis product? The answer is simple: When plants, especially cannabis, are cultivated in unclean soil, exposed to hazardous pollutants, and sprayed with chemical pesticides, the flavor and taste are going to be altered.

What is the difference between cultivated and naturally-grown cannabis? Simply stated, it’s because you can’t mess with Mother Nature. You see, the earth has a way of knowing exactly what plants require to grow. Mother Nature is intricate, just like any woman, and if you disrupt her methods for thousands of years, you can expect your plants to underachieve.

When plants are left to grow on their own, their flavor, fragrance, and strength are all enhanced. The ideal quantity of THC, CBD, and other cannabinoids, terpenoids and terpenes; the combinations of which provide marijuana with its attractive smell, wonderful taste, and sufficient potency that gives you those feel-good effects.