Choosing the appropriate cannabis strain may be difficult. With hundreds of various cannabis strains on the market, shops are still undecided how to categorize them into categories that would be beneficial.

Cannabis strains are available for you to use in a variety of ways. Sometimes, you want to relax the mind and increase focus. Other times, you just want to feel energetic and alive. When it comes to producing bliss, there are quite a few cannabis strains available.

Hybrids, indicas, and sativas all have the potential to create euphoric effects, so it’s a question of personal preference.

Euphoria is without a doubt one of the most desired effects of cannabis, and it’s completely understandable. There is no better feeling than elation and well-being, which allow us to forget about our problems and simply be joyful, productive, and satisfied. 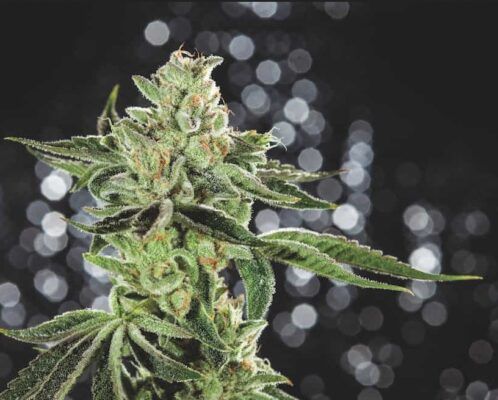 Marijuana is linked with euphoria, creativity, sleep, pain management, hunger, and other desirable effects. But how do those effects come about? Is it a truth or simply a belief that marijuana can make you happy? Continue reading to learn why.

What does cannabis do to make you feel euphoric? The first thing we have to face is that each marijuana strain has THC and other cannabinoids. When you vape, smoke, dab, or consume any sort of cannabis edible, these psychoactive chemicals enter your circulation.

The cannabinoids are sent to the brain, where they come into contact with CB1 and CB2 receptors present in your endocannabinoid system. This is the mechanism that regulates physiological responses, such as pleasure.

The duration it takes for the euphoric high to set in is dependent on a stoner’s metabolism and how the marijuana is consumed. Smoking or vaping a joint takes only a few minutes to go through your system, but edibles take approximately 3 hours to eat. In comparison, regular users experience slower effects than infrequent users.

Are there any scientific studies that support the notion that marijuana is connected to euphoria? According on a study of 6 occasional marijuana users, marijuana’s joyful sensation effect proved that it is not a myth but a reality.

Is Sativa or Indica more euphoric?

Because of the way it makes you feel, this strain is commonly referred to as a daytime strain. It produces a head high that leaves you uplifted, euphoric, creative, productive, and motivated. It’s the ideal marijuana for getting yourself motivated to face your responsibilities ahead.

Indica is the polar opposite of Sativa, also known as a mentally sedative strain. It’s an evening variety associated with full-body effects that make people euphoric, calm, and free from anxiety. Indica strains are ideal for releasing stress accumulated during the day.

Because of the gene combination, a hybrid cannabis strain has both Sativa and Indica effects. So, which is the most euphoric cannabis strain? Both strains appear to have euphoric properties. That implies that whether it’s an Indica, Sativa, or hybrid plant, the happy sensation isn’t dependent on the variety.

The impact of cannabis is determined by its THC concentration. The more THC there is, the greater the euphoric sensation. To learn more about weeds with high THC levels, go back and read some of our previous articles on the strongest marijuana strains. 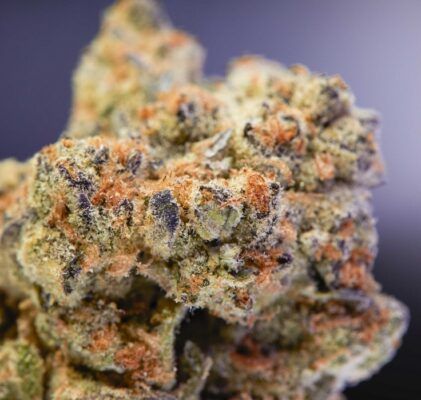 The most uplifting and euphoric cannabis strains are typically sativa-dominant. Although most varieties have a beneficial influence on mood, some growers provide the ideal phytochemicals to induce euphoria. And we’re not talking about a mild surge in optimism or giggling fits; Euphoria is defined as a state of great excitement and pleasure.

Read on to learn about the five finest cannabis strains for euphoria, which will have you believing you’re on top of the world. Here’s our list of the top five euphoric cannabis strains.

Purple Punch is a strain with a THC content of around 21 percent that is Indica-dominant. It’s the greatest euphoric cannabis plant if you want to unwind at home after a stressful day at work. Purple Punch is perfect for listening to your favorite program or music.

Consumers of Purple Punch express a unique flavor profile that includes notes of candy, tangy, and blueberry muffin. This taste and scent are passed down from Larry OG and Grand Daddy Purple.

Wedding Cake is an Indica-dominant hybrid with a 60/40 mix of Indica and Sativa. One of the jolly weeds on our list thanks to its high THC content of 25 percent are Cherry Pie and Girl Scout Cookies, which are the parents.

Wedding Cake, aside from being a well-known euphoric, can also be used to relieve patients of anxiety and increase their appetite. If you have anxiety or are suffering from other stress-related chronic illnesses, this strain might be the ideal solution for you.

Skywalker is most well-known for producing euphoria. It will relieve tension and raise your spirits, making you ready for any social engagement. The uplifting marijuana strain has also been used to treat bipolar disorders, migraines, ADHD, and other conditions. When you have to spend time with friends on a weekend, Skywalker may be a nice choice as a fun weekend diversion.

Blue Dream is a mix of Sativa and Indica effects that has THC levels up to 24%. You may safely pick it as a happy marijuana strain with a THC content of up to 24 percent. This cannabis makes you cheerful while also keeping you more motivated and focused, unlike couchlock-inducing Indica strains. It can, however, make you sleepy if consumed in large amounts.

Sweet flavors and fragrances are one of Blue Dream’s most distinctive characteristics, along with a pleasant taste that remains after smoking the flower.

If you’re still not comfortable with the aforementioned most joyful euphoric cannabis strains, try Green Crack. The THC level of this happy marijuana is 25% on the higher end of the spectrum, according to its description.

Green Crack is associated with a euphoric head high that boosts energy and motivates you to get things done. This euphoric cannabis is ideal for pairing with anything, whether you’re going to work or out socializing.

Euphoria is a hybrid strain developed in the early 2000s that is widely popular. Since then, it has won numerous accolades and grown in popularity across the world. It’s a cross between Royal Medic and Shark Shock. It inherited the sweet and delicious taste from its parents, too.

This cannabis variety, whose name derives from the Greek numeral symbolizing ten (10), is extremely euphoric. With a THV level of around 9% and a high CBD of more than 7%, you can feel joyous after taking a puff or two of this strain without experiencing any other overpowering side effects. It’s an excellent mood-boosting marijuana strain for social gatherings because it relieves tension and makes you want to chat.

The strain is called Pineapple Express because it’s named for the famous marijuana movie of the same name. The effects may not be as dramatic as in the film, but the drug is powerful enough to make you feel euphoric and calm. Its full-body numbing buzz will assist you relax from your physical aches and pains.

If you’re searching for a happy strain to try for the first time, be aware that Pineapple Express has a distinct odor with citrus undertones. The flavor isn’t too sweet, but it does have a touch of pineapple.

Amnesia Haze is a hybrid strain with Jamaican Sativa, Laotian Sativa, and Afghani Hawaiian parents. It has a 22 percent THC content and an 80:20 ratio of Sativa to Indica. Amnesia Haze, like all other Sativa or Sativa-leaning cannabis strains, is fantastic for daytime usage.

Take a puff or two of this happy strain if you’re down in the dumps or just not in the mood. It gives off an inspiring feeling that is likely to boost your spirits.

Green House Seeds created the White Widow strain. It’s the final euphoric strain on our list since to its beautiful buzz, which makes you more social and creative. This marijuana strain is a cross between Brazil’s Sativa landrace and the South Indian Indica with a heavy resin content.

White Widow, as its white buds with crystal resin imply, delivers a rush of joy and energy when it enters your body. It’s great for mingling with folks since it promotes both socializing and creativity.

Final Thoughts on the Best Cannabis Strains with Euphoric Effects

There are so many fascinating strains to select from, as well as a plethora of impacts, that getting bored with cannabis is nearly impossible.

There’s nothing quite like coming home after a hard day and taking a few tokes of one of your preferred cannabis strains to make you laugh.

The euphoria you experience when you’re in the right state of pleasure, where the giggles flow out in fits of joy, and your worries from the day melt away is perhaps better than that. If you’re searching for a cannabis strain to make you feel driven, energetic, and lifted throughout the day, try one of the strains on this list.