Kief is the term for the crystal-like formations on the bulbous tip of resinous trichomes, which give a cannabis plant its frosted appearance. The greatest concentration of psychotropic phytocannabinoid tetrahydrocannabinol (THC) is found at the tip of the trichome.

Trichomes protect the plant from herbivores. The disorienting psychoactive effect felt by a herbivore who has eaten any portion of the plant coated with this sticky resin acts as a strong deterrent and protects the rest of the plant from being consumed. 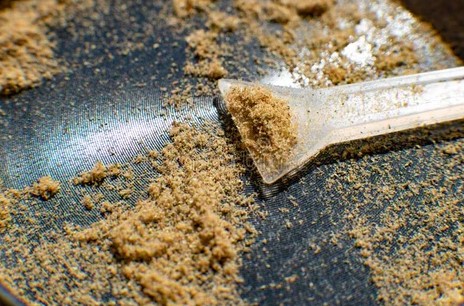 How to Extract Kief from the Cannabis Plant

The easiest method to remove the THC-rich kief from the rest of the plant is to sift and collect it with a three-chamber herb grinder. If you use a two-chamber herb grinder, you risk losing precious kief crystals as they fall off and adhere to the inside of the grinder.

If you’re collecting a lot of kief, using simple screening materials is a good idea. Many individuals make their own homemade sifters to save money. Sifting and extracting kief from the rest of the cannabis plant material may be achieved by layering screens one on top of another.

Kief is a concentrated form of cannabis resin. It has a wide range of colors, depending on the strain and how it’s been extracted. It also varies in size from 75 to 125 microns (one-millionth of a meter), so the number of wires or lines per inch (LPI) on your sifter is critical for obtaining optimal results. A general rule of thumb is that the larger the screen, the lower the LPI number. For optimum results, opt for a sifter with an 80 to 270 LPI mesh.

If you don’t want to sift your kief and instead want to buy it at a dispensary, the color of the kief will indicate its grade. The purer the kief, the brighter it is. If the kief is greenish in hue, it indicates that there is a lot of plant material in it, which makes it less pure. Kief that has an off-white tint will be considerably more pure and, by far, the superior option.

How to Consume Kief

Once you’ve removed all of the kief from your cannabis bud, it’s up to you to decide what you want to do with it. When determining which method of ingestion is best, there are a number of alternatives: smoke it, add it into edibles and cannabis loaded meals, or create moonrocks and hash. The possibilities are almost endless when it comes to how you’ll utilize this kief. Continue reading below to learn more about each technique.

Prepare your bowl as usual and place it in your pipe, chillum, bong or other smoking device. Grab a pinch of fresh kief and sprinkle it over the packed bowl. Cornering your hits is a fantastic method to increase the strength of each puff by mixing it with freshly ground cannabis.

Sprinkle it in a Joint or Roll a Twax Joint

You may improve the effectiveness of your joint by sprinkling some kief on top. The amount of kief you use will obviously determine its strength, so choose a quantity that you can tolerate. If it’s your first time adding kief to your joint, less is more.

Before adding kief to the top third of the joint, more experienced cannabis smokers dampen the outside of the joint with their tongue or cannabis wax. A “twaxed” joint is one that has been coated in kief.

If You Want to Cook With Kief

The easiest way to cook Kief into your food is by combining it with hot oil on a low-to-medium heat in a saucepan. This technique is great for making THC-rich sauces. Add the required quantity of kief directly to a batch of your selected oil, then stir slowly with a spoon as the oil heats up. After 20-40 minutes, add in your final sauce ingredients and continue cooking when the Kief has soaked up the heated oil. Pour over whatever meal you’re eating (this is fantastic when preparing cannabis Kief pasta!).

Add Kief to your Cannabutter

Why not experiment with boosting the potency of your cannabutter by adding some kief? Whether you decarboxylate your cannabis in an oven or a crockpot, be sure to combine your kief with flower to get the most out of it.

Coffee and Tea From Kief: 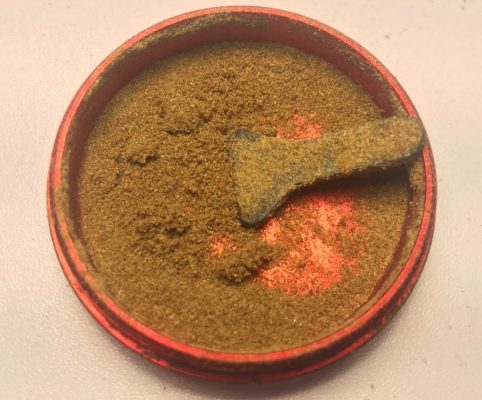 Making tea and coffee with THC-potent kief in it is a simple process that only requires minimal additional effort. There are several advantages to making drinks including the powerful morning or afternoon buzz of THC-potent kief, including increased medicinal and recreational value.

Add a pinch of this pollen to your coffee and stir thoroughly with a teaspoon or stirring stick if you want something extra in your morning cup o’ Joe. Yes, it really is that simple, owing to the heat from your coffee stimulating the components of kief that give you high, allowing you to reap the benefits fast without much effort on your part. A pinch is more than enough for a single cup of coffee or one cappuccino/latte.

Kief can also be used to brew tea. Even though it’s not that difficult, brewing tea with kief is fairly simple. If you’re steeping a loose-leaf tea in a sifter or disposable tea bag, simply add a pinch of kief. A single pinch is enough for a 6-8 fluid ounce cup of tea; however, if you intend on making an entire pot, you should use more (about 1 tsp.)

Another option, which is even easier, is to just throw the pinch straight into your cup of already steeped tea and stir thoroughly. The hot water of the tea activates the components (THC, etc.) within Kief in the same manner as coffee does.

Moonrocks are easy to understand once you know what they’re composed of. A moonrock is a high-quality/top shelf nugget of herb that has been dipped in oil and covered with a layer of powdery Kief, similar to a vanilla ice cream popsicle dipped in chocolate and coated with a topping of your choice.

The goal of going through this DIY method is to grow a very potent, highly therapeutic bud that may be broken up with your hands and smoked in a bowl. Use a grinder on your moonrock instead of breaking it up too finely, as this will also break it down too much and the results will be useless.

Moonrocks are the best part since you can make them from the comfort of your own home and are known as a “fast DIY concentrate.” Follow these simple steps to create what the 420 community calls “a quick DIY concentrate”:

If you follow these five easy stages, you will be able to get the most out of your delicious, green herb.

How to Store Kief 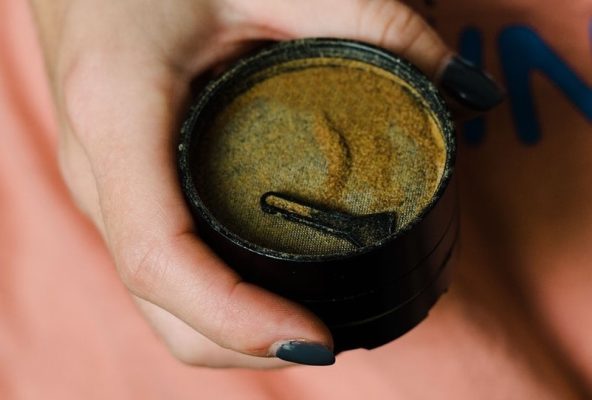 It’s believed that pollen is best kept in an airtight glass container, although there are many different viewpoints on the subject. It appears that the majority of people believe pollen should be stored in an airtight glass jar. These containers can be found in a range of sizes and forms, but most importantly, choose one that works well for you. Consider these two questions: How much Kief will you be keeping? For how long?

Place the jar inside a large pot, fill it halfway with water, and boil it on high heat for around 20 minutes. Fill the jar to the top with clean filtered water and let it cool completely before sealing. Scrape any extra powder off of the container’s walls using a tiny metal, wooden, or plastic knife once you’ve finished filling it. If there appears to be a lot of kief glued to the walls, chill your glass storage jar in the freezer for a few hours. This should help you scrape any trapped kief off of the jar’s walls, allowing you to scoop out any of the powder you thought was going to go wasted with your tiny spatula.

Make Hash from Your Kief

In layman’s terms, hash is created when kief is baked and pressured. The resin glands in the plant open as a result of heat and pressure. This transformation has an impact not only on the chemical make-up of kief, but also on its appearance and flavor. Hash has a more earthy taste than kief.

Press Rosin with Your Kief

Rosin is becoming increasingly popular among cannabis consumers. Rosin has all of the benefits of preserving those amazing cannabinoids while avoiding the hazardous effects of consuming a cannabis concentrate containing a residual amount of a harmful solvent.

You may make a far more potent and effective concentrate by pressing kief rather than utilizing the flowers of a cannabis plant. Professional equipment is used to create rosin, but you can produce your own at home using simple domestic technology. Check out the following link (after you’ve finished reading this article, of course) to learn how to make rosin at home:

Which Strains are good choices for extracting Kief?

The name says it all. This strain is highly covered with milky-white trichomes, which suggests its strength. A cross between a Brazilian sativa landrace and the resinous South Indian indica, this hybrid produces a potent smoke. The White Widow strain contains high THC amounts (20-25%), making it a good choice for kief users.

Hash Plant is a cross between two indica strains, Northern Lights and Afghani. The Hash Plant strain is heavily coated with resinous trichomes, and it is frosted like the White Widow strain.

Chemdog is a powerful and pungent variety that is highly regarded in the cannabis community for a variety of reasons. It has generated some legendary strains such as Sour Diesel and OG Kush, and it has firmly established itself in the history of marijuana. Chemdog’s THC content ranges from 15 to 20 percent.

As you can see from reading this essay, extracting kief from your cannabis plant is straightforward, and after you’ve done so, there are a variety of options for consuming it. Hopefully, this essay will have addressed your questions regarding kief and offered you some new ideas on how to use it in the future.