Marijuana is still a relatively new area of study, which means we continue to learn more about it with each passing year. The many varieties that you may encounter at your local dispensary are an excellent example of marijuana myth debunking. There’s also ruderalis, but most cannabis consumers avoid it. 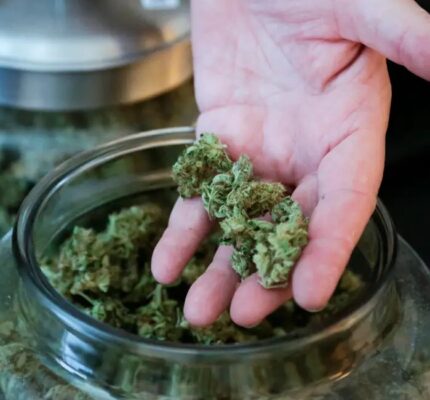 Many people used to think that indica and sativa strains had distinct effects. Indicas were associated with sedation and were seen as a late-night or night-time strain. Sativas were recognized for giving you an energy boost, making them ideal for waking up early the next morning.

The reality is that we still have a lot to learn about the marijuana plant. For example, the overall cannabinoid and terpene content of a strain will likely determine how you feel. Cannabis contains over 100 cannabinoids and at least 100 terpenes.

As a result, it’s feasible to discover a sativa strain that relaxes you, and an indica that energizes you. Breeders are becoming more astute about this, resulting in new strains being developed. These days, you’ll be hard-pressed to locate a pure indica or sativa. Some specialists claim that neither does nowadays.

When different heritage strains are crossbred, exciting things happen. Hybrids contain a mix of indica and sativa genes, and depending on their ancestry, they may acquire features from both strain families. It’s easy to see why a sativa-dominant hybrid might surprise you by assisting you in relaxing when you consider the need for cannabinoids beyond THC and CBD, as well as terpenes.

Hybrid Strain: What Is It?

In the case of a hybrid, it’s the “perfect combination of both worlds” because it combines Sativa and Indica. They’re a mix of two or more different cannabis strains designed to give you the advantages of Indica and sativa in one strain.

If you have to go to work due to chronic pain from arthritis, but still need to be productive, a hybrid strain may help you feel less pain while yet being attentive. Hybrids are used for the same purposes as Indica and Sativa strains.

For all of the debate about marijuana, it’s worth noting that it has been used for medical purposes for at least 3,000 years and perhaps longer. While the number of states where medical marijuana is legal is increasing (33 states plus D.C.), because to a supposed lack of evidence in support of its medicinal uses, the FDA refuses to do so across the board.

Marijuana has been studied for decades as a medicine, but the last few years have witnessed an unprecedented surge of research. THC improved the effectiveness of traditional neuropathic pain medication, according to a study published in Neuropharmacology in January 2019 by Atwal et al. For the record, neuropathic pain is one type of persistent pain that can significantly limit a person’s quality of life.

A study was conducted with a combination of gabapentin and THC for treating neuropathic pain in mice. It turned out that the combination minimized pain better than what was predicted from the effects of each drug alone, suggesting that the two medicines may have worked synergistically.

Researchers at the University of Mexico recently completed two studies. One was published in Frontiers in Pharmacology and the other was published in Medicines. Both showed that medical marijuana provided rapid pain relief with few negative effects.

The following are just a few of the conditions that hybrid marijuana strains may help with:

Of course, the various strains’ impacts are dependent on the person because to our endocannabinoid system’s unique features (ECS). However, here are five excellent hybrid cannabis strains to consider, regardless of your situation: 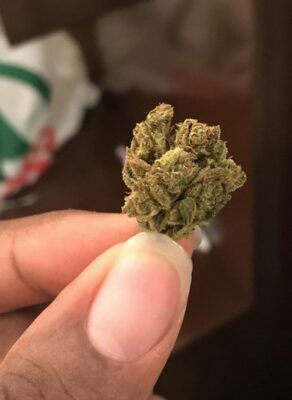 Cannatonic is widely recognized as the best high-CBD marijuana strain in the world, and it’s without a doubt one of the finest crossbreds. It’s considered uncommon because it has relatively high quantities of THC and CBD. Cannatonic strains may have up to 15% THC and 12% CBD in their chopped form.

It’s a cross of G13 Haze and MK Ultra, both of which are sativa-dominant. This means it’s a 50/50 hybrid. As a result, first-time users may not know what to anticipate. We can tell you that it has an unusually mellow high profile. While it doesn’t stay as long as other well-known strains, it makes you feel wonderful and unworried, as if the entire weight of the world has been removed from yours.

Cannatonic generally leads to a positive and happy feeling. There is no increase in energy, but you don’t have to be worried about being glued to the couch. It’s a well-known name in the medical marijuana industry thanks to its painkilling abilities. As a result, it’s an excellent choice for treating chronic pain such as muscular twitches, migraines, and cerebral palsy. Minimal negative effects are possible; however, they might include minor headaches, dry eyes, and a dry mouth.

If you want to cultivate it yourself, growing it indoors is the way to go. Cannatonic isn’t a good choice for inexperienced growers because it demands competence and experience. It’s prone to mold and mildew, so keep humidity levels below average. In general, we advocate growing it indoors since you have better control of the climate conditions this way.

This is a highly popular indica-dominant hybrid that’s sweeping the market. It was developed by Humboldt Seed Organization and is a feminized strain with the goal of being simple to cultivate. Three Blue Kings is a cross between Three Kings and Blue Dream, so it’s easy to realize where it derives its moniker!

Blue Dream, a legendary strain that is one of the most popular ever, comes from an illustrious lineage. With a THC level of up to 24%, Three Blue Kings is a highly powerful marijuana plant with a lot of power! It has a strong physical high that helps to relieve tension and keep your muscles relaxed.

Last but not least, this strain has big buds and a lovely fruity scent that leads to a delectable cannabis plant. Users state that the flavor is gasoline with lemon, pine, and fuel notes mixed in.

Although you may cultivate Three Blue Kings indoors, it reaches its full potential when cultivated outside. When grown inside, you might expect to harvest approximately 20 ounces per square meter planted. Outdoor cultivators, on the other hand, are taken aback by the yield. We’ve heard claims of this plant growing to 13 feet tall and producing over 60 ounces each plant!

This marijuana strain has been dubbed the “perfect” hybrid. That’s a bold statement! It is a cross of Thin Mint Girl Scout Cookies and Sunset Sherbet, as anyone could guess. It’s named for Celtics legend Bill Russell, who was nicknamed ‘The Legend.’ It’s got a THC level of 26%, versus about 1% CBD.

Sweet grapes have an alluring fragrance, and the smoke is smooth, offering consumers a flowery and minty flavor. You’ll understand why Larry Bird Kush is so popular after using it. It offers a pleasant cerebral high followed by a sensation that is almost unnamable in which your skin tingles. All you have to do now is take a few hits of Larry Bird Kush to put a big smile on your face.

This strain’s growers will be pleased to see. Its sugar leaves can acquire amazing hues of deep purple, and the tightly-packed buds are dotted with sticky trichomes, a sure indication of its potency. The flowering period is 8-10 weeks indoors, but it may reach 6 feet tall outdoors and produce up to 25 ounces per square meter when cultivated inside.

White Widow is a “classic” hybrid in the marijuana world, but few modern-day strains can compare to it. When it first traveled from the Netherlands to the United States in the 1990s, it was one of the first European imports to achieve widespread popularity. It’s a cross between South American sativa and South Indian indica plants with THC levels ranging from 18% to 25 percent.

The THC content of the cannabis strain named White Widow is famous for producing a smooth, consistent high. It’s both uplifting and relaxing; ideal if you’re a creative person looking for ideas. It’s a great social strain, but when it takes hold, it leaves you feeling physically relaxed in such a manner that you may flop on to a couch and not get up!

This variety has a sugar-dipped appearance and is covered with trichomes, indicating that it’s been dosed. It has an intense earthy flavor with spicy and herbal undertones. White Widow also has undertones of wood and pine, but the residual sweetness lingers in the background as well, bringing you closer to your goals.

It’s a psychedelic drug that is commonly used to treat disorders such as post-traumatic stress disorder, depression, and anxiety. White Widow may be cultivated both indoors and outdoors, but it’s ideal if grown inside. When produced outside, it matures rapidly near the end of October and yields approximately 21 ounces per plant. Its flowering period is 8-9 weeks long when grown inside, with an average yield of 18 ounces per square meter.

Not every marijuana strain name makes sense, as evidenced by the AK-47. It is called after a deadly weapons instrument that can rapidly fire bullets. However, the AK-47 marijuana strain is a smooth and mild one. It’s made up of an Afghani indica and a South American sativa crossed together.

The AK-47, also known as the Kalashnikov or Avtomat Kalashnikova model 47, is a relatively new variety. It was likely first developed in the Netherlands in the 1990s and has won over a dozen awards. THC content varies from 13% to 20%. Users described feeling a sense of clearheaded relaxation followed by an improvement in their mood. It’s an uplifting strain that’s good for coping with sadness or tension.

A sour, earthy flavor is associated with AK-47. It has a clove taste and a bit of spice. It’s often used to treat anxiety, chronic pain, and an unsatisfied appetite. It contains floral notes with hints of earthiness and spiciness. AK-47 has a flowery taste that is balanced by the presence of earthiness and spice. Anxiety, chronic discomfort, and lack of appetite are all good candidates for treatment with this herb.

You can cultivate AK-47 outside, but keep in mind that it is susceptible to mold and decay. It also gives off a pungent odor that your neighbors will notice. This strain is ready for harvest in October when cultivated outdoors, with a yield of 14+ ounces per plant. Indoor flowering time is 7-9 weeks for AK-47, and it creates around 14 ounces per square meter when grown inside.

We’ve seen some interesting, fantastic, and genuinely powerful hybrid cannabis strains emerge as marijuana producers become more creative. You get the best of both Indica and Sativa strains, so you can relax without being drowsy while still receiving pain relief without negative effects.

The strains mentioned in this article are a mix of old and new variants. Breeders are developing hundreds of hybrids every year as a result of the legalization of marijuana in numerous states and Canada. Try a few and let us know which one you prefer!