It is clear that many people are interested in the therapeutic qualities of medical marijuana, which has now been legalized in 33 states and Washington, DC. Marijuana testing is being done by researchers to see if it can be used to treat a variety of illnesses and diseases, including Parkinson’s disease (PD). Despite numerous clinical trials, however, cannabis has not yet been proven to help individuals with PD directly. 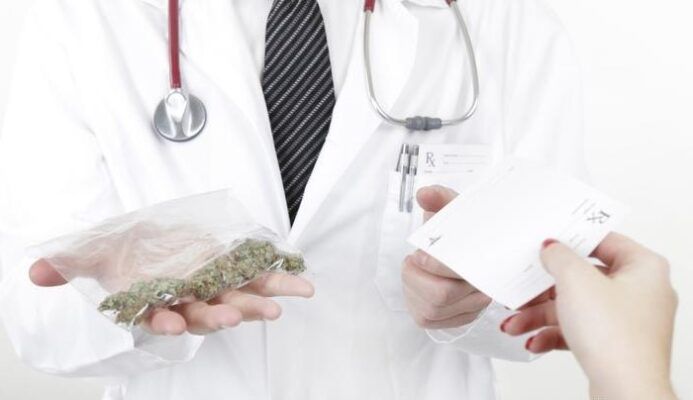 What is the science and pharmacology behind marijuana, and can it be used to alleviate Parkinson’s symptoms?

The endocannabinoid system, which consists of cannabinoid receptors (molecular switches on the outside of a cell that make something happen inside a cell when activated) as well as connected to neurons (brain cells) that control cognitive function and certain bodily processes, is made up of both

After individuals with Parkinson’s disease reported anecdotal evidence and posted on social media about how cannabis helped them cope with their tremors, experts began to display interest in examining the relationship between cannabis and PD. Some scientists believe that marijuana might be neuroprotective, protecting neurons from harm caused by PD.

Cannabinoids (drug molecules in marijuana) have also been studied for their effects on additional diseases, such as bradykinesia (slowness caused by PD) and dyskinesia (excess movement caused by levodopa). Despite encouraging preclinical results, researchers have not found any important or definitive benefits of cannabis for people with PD.

According to experts, cannabis consumption might have a negative influence on those with PD. Because of the impact it has on thinking, experts recommend that individuals with PD avoid using cannabis. The executive function is the ability to make plans and control risky behavior; people with an intellectual disability or other cognitive impairments may have deficits in this area.

The Pharmacology of Cannabis

Cannabis contains more than 100 neuroactive compounds, many of which are cannabinoids. Cannabinoids bind to two types of cannabinoid receptors: CB1 in the brain and CB2 in the brain and peripheral immune system. Cannabinoids have powerful, indirect affects on these receptors despite being unclear how this happens. Those who do not have Parkinson’s disease have fewer CB1 receptors than those who have it. Using an agonist to stimulate the CB1 receptor can improve tremor severity and alleviate dyskinesia. The CB1 receptors in the brain are targeted by a variety of medications. A common example is Dronabinol, which has been shown to decrease tremor and spasticity through an increase in striatal dopamine levels. Cannabidiol (CBD) is another cannabinoid used in treating Parkinson’s disease that targets CB1 receptors at lower doses than THCV. The two cannabinoids also interact with each other; this has not previously been studied because there was too much conflicting evidence on the efficacy of cannabis and these receptors.

Cannabis has two types of molecules that interact with cannabinoid receptors: agonists and antagonists. A stimulant is a drug that binds to the same receptor as a natural molecule and produces the identical result. A dopamine agonist is one that does not contain dopamine but binds to the dopamine receptor instead. An antagonist, on the other hand, attaches to the receptor but prevents the natural chemical from functioning. Both cannabinoid agonists and antagonists are present in medical marijuana. The effects of recreational cannabis use are derived from its interactions with agonists.

The presence of a variety of cannabinoid agonists and antagonists in different marijuana plants makes cannabis study challenging. When researchers evaluate the effects of a medication, dosages are controlled and usually confined to a specific quantity of milligrams. The dose used when examining medicinal marijuana can differ significantly depending on the plant’s species and mode of administration.

Tetrahydrocannabinol (THC) is the primary component of marijuana. Cannabidiol is a secondary component. THC has a long latency period and cannot be readily quantified for therapeutic or medicinal dosages. Medical marijuana studies primarily use THC and/or cannabidiol as a capsule, spray, or liquid solution to treat patients.

Cannabinoids have been proposed to aid with the management of neurological and non-neurological illnesses. Medical marijuana has a lot of literature. There’s no evidence that cannabis is beneficial for Parkinson’s disease. The use of marijuana in PD therapy clinical studies that have been conducted did not utilize the gold standard of a double blind, placebo controlled design. Some tests had only five participants while others included as many as 500 individuals.

While some studies have been successful, the medical use of marijuana is almost certainly not fully understood, which is why additional research, especially ones with more participants, are required. Most doctors disregard study findings because they do not adhere to established criteria for quality control.

The following are some PD-related medical cannabis research that have been conducted in order to examine the efficacy of cannabinoids:

Risks and Benefits for People with PD 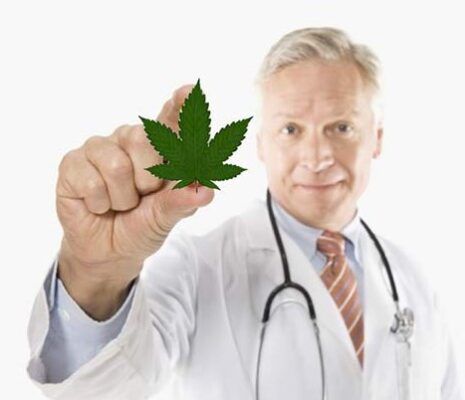 There are several drawbacks and benefits associated with marijuana use for those with Parkinson’s disease. Cannabis has been proven in studies to help people cope with anxiety, pain management, sleep disturbances, weight loss, and nausea. Cognitive function (cognitive impairment) deterioration is one of the adverse effects; dizziness, blurred vision, mood and behavioral changes, loss of balance, and hallucinations are others. Marijuana abuse over time raises the danger of mood disorders and lung cancer.

Medical Marijuana and Legislation by State

Marijuana-based products are now available in 35 states and the District of Columbia, thanks to legislation passed by state legislatures.

In some jurisdictions, such as California and Colorado, individuals must register to own and use marijuana in order to purchase it. Other states, on the other hand, demand those who wish to utilize cannabis to acquire a statement from their doctor that they have an authorized condition. Doctors are not permitted by federal law to prescribe marijuana; however, many states allow them to grant certifications permitting patients access to medical marijuana.

Marijuana is legal in Alaska, Arizona, Arkansas, California, Colorado, Connecticut, Delaware, Florida, Hawaii (with a doctor’s recommendation), Illinois (with a doctor’s prescription), Louisiana (only if recommended by a physician), Maine (only if recommended by a physician), Maryland (only if it is part of a doctors’ four-week course on treatment with low to no THC and CBD) , Massachusetts (only at the discretion of physicians), Michigan (Only if supplied by Health Canada as part of their clinical research program.

Fifteen states have legalized recreational marijuana use, allowing people over the age of 21 to legally consume marijuana without a prescription. Many of these states still distinguish between recreational and medical cannabis. In some states, patients who use medical marijuana may be able to visit specific dispensaries, varieties of marijuana, and sales tax exemptions.

Several states, counties, and cities have decriminalized marijuana-related conducts. In these locations, the possession of marijuana can result in a citation — avoiding an arrest or a criminal record — or nothing at all.

The Parkinson’s Foundation, in collaboration with Northwestern University researchers, conducted an investigation to evaluate public perceptions of cannabis at 40 Centers of Excellence. To our knowledge, this is the first study to look at expert PD specialists’ views on cannabis usage.

The responses were revealing: the majority of professionals acknowledged what cannabis did, but had different views on the specifics. While there is no definitive agreement on how PD patients may benefit from cannabis, according to the poll, it’s a hot topic among Parkinson’s Foundation clinics, with 95 percent of neurologists reporting that patients have requested them to give it to them.

According to a recent research, doctors would be more inclined to utilize medical marijuana as a therapy if it was legalized via regulation rather than legislation. Most drugs go through an evidence-based evaluation at the hands of the US Food and Drug Administration before they are licensed. Because cannabis has been authorized by legislation rather than regulation, there are no drug labels, dosage suggestions or timing instructions that physicians may use as guidance.

Is Medical Marijuana an Option for Me?

What if you have Parkinson’s disease and want to know whether medical marijuana is an option for you? “Marijuana should never be thought of as a substitute for dopaminergic or other authorized therapies for PD,” said Dr. Michael S. Okun, the Parkinson’s Foundation National Medical Advisor.

Although several studies have focused on the benefits of medical marijuana for PD, further research is necessary to assess how medical marijuana should be taken and how long-term use may impact PD symptoms. To ensure that patients are safe, state lawmakers that legalize medicinal marijuana will eventually need to establish training programs for doctors and caregivers who prescribe it. Check with your doctor to see if medicinal marijuana is right for you.