Caffeine is the most widely used psychoactive drug in the world. Coffee, in addition to being linked with caffeine, may also be found in tea, energy drinks, soda, and chocolate. It’s also present in a variety of over-the-counter cold and headache relievers, including decongestants. 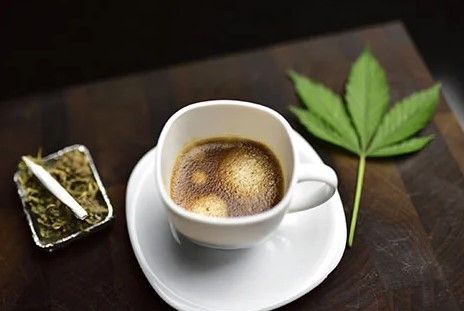 This is a contradiction in terms, since caffeine is recognized to cause headaches when taken in excess or when it is abruptly discontinued after regular use. So, how can something that’s used to treat headaches also create them?

Caffeine has been a mainstay of many civilizations for ages, owing to its ability to improve performance and energy. It has proven to be a very popular drug across the globe because of this.

Caffeine, on the other hand, has some potential drawbacks. Caffeine can produce a variety of negative side effects when taken in excess of recommended doses. The following are the most frequent caffeine adverse effects:

Coffee is a commonly-consumed beverage that may be habit forming. Caffeine has the ability to create physical and psychological dependency in some persons. You might experience withdrawal symptoms if you stop consuming caffeine suddenly, which are comparable to those listed above. Other signs of caffeine cessation include:

Caffeine withdrawal syndrome generally begins 12 to 24 hours after caffeine is discontinued and peaks at 20 to 51 hours afterward, with symptoms lasting anywhere from 2 to 9 days.

Caffeine withdrawal headaches are a common side effect of quitting or reducing caffeine intake, affecting as many as 50 percent of individuals who abruptly stop consuming it.

Caffeine, on the other hand, can help to alleviate headaches in low doses. It’s a frequent component in many over-the-counter pain relievers, generally combined with acetaminophen or nonsteroidal anti-inflammatory drugs (NSAIDs) such as ibuprofen. When caffeine is used responsibly and in moderation, it has been shown in several studies to boost the effectiveness of these medications.

Still, you might have too much of a good thing. When these medicines are taken on a daily basis, they can induce the condition known as ‘rebound headaches.’ That’s correct: taking too many headache pills can cause a headache. Due to this, specialists advise that these medicines should only be used 2–3 days each week at the absolute most.

Why Does Caffeine Cause Headaches?

The interaction of caffeine with the blood vessels is responsible for both causing and treating headaches. When caffeine binds to adenosine receptors in the body, one consequence is that blood vessels dilate, allowing more blood to flow through them. However, in frequent caffeine consumers, this effect may be reversed.

Caffeine is a vasodilator, which means it widens and relaxes blood vessels. This has a role to play in both the development and treatment of headaches and migraines because abnormally dilated and constricted blood vessels are thought to be a contributing factor in some types of headache and migraine.

So, how much caffeine is too much to consume?

As a general rule, doctors advise that pregnant women should not consume more than 400 mg of caffeine per day. That’s equal to the amount in two energy drinks, four cups of coffee, or ten cans of soda. The typical American consumes about 280 mg each day, however it’s easy to go overboard! 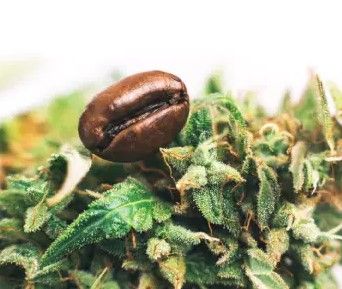 Cannabis is another psychoactive drug that can help you get a better night’s sleep. The plant has a long history as a cure for a variety of painful ailments and was commonly used up until the Marihuana Tax Act made it illegal in 1937.

The earliest records of cannabis as a headache treatment come from Assyrian texts written in the second millennium BCE, where it is mentioned as a cure for “tying the temples.”

Marijuana has been used as a headache cure in India, Arabia, and Persia for thousands of years. European herbalists recognized its advantages from the Middle Ages until the early 20th century, when public opinion on the plant turned negative.

People are gradually coming to the conclusion that marijuana is not the terrible devil herb it was made out to be, and it is now experiencing a resurgence as a natural remedy with a diverse range of clinical applications.

Although there are no full-scale clinical trials on cannabis for headaches at this time, several case studies and publications suggest that it may help with both pain and migraines. The endocannabinoid system is one of the explanations for how it works.

The Endocannabinoid System and Headaches

The endocannabinoid system is a set of chemicals known as endocannabinoids, along with the receptors to which they are intended to fit. When these molecules bind with these receptors, they have a significant impact on your body and mind, including your cardiovascular system and nervous system.

Endocannabinoids regulate the dilation and constriction of blood vessels in your circulatory system. In this regard, these substances function similarly to caffeine.

Endocannabinoids affect the release of certain neurotransmitters in your nervous system, including mood, hunger, and pain perception.

Although, despite advances in the field, we still have a lot to learn about the connection between the endocannabinoid system and headaches. It has been suggested that individuals who suffer from frequent headaches or migraines may have an endocannabinoid deficiency. This is when marijuana comes in handy.

The cannabinoids found in cannabis, such as THC and CBD, can bind to your endocannabinoid receptors in a similar way that your own endocannabinoids do. As a result, they should have an impact on the same systems, and cannabis does have an effect on blood vessels and neurotransmitters alike.

To date, no studies have been done to determine how cannabis cures headaches in particular, however it appears that it does for some individuals.

How to Use Cannabis for Caffeine Headaches

There are three potential applications for cannabis in the treatment of caffeine headaches.

Caffeine withdrawal is a condition that affects millions of people worldwide. It’s possible that it will help with headaches and other symptoms including nausea, anxiety, and muscular/joint discomfort if you’re withdrawing from caffeine. The strains listed below include a significant amount of CBD while still containing a significant amount of THC. Harlequin and ACDC are two examples of high CBD strains.

Furthermore, if you want to reduce your caffeine intake but still need a pick-me-up, certain cannabis strains may be of assistance. In this situation, you’ll want to get a strain with uplifting, energizing effects like as Sour Diesel or Green Crack.

If you’ve decided to cut down on your caffeine, it’s best to do so gradually in small amounts over time, since abrupt decreases in intake can cause unpleasant symptoms. It should be possible to reduce your caffeine intake by around 25% each week.

It is also crucial to choose the correct strain while purchasing cannabis. It’s also essential to consider how you’ll utilize your marijuana in order to get the greatest bang for your buck.

Smoking or vaping is your best choice if you want fast-acting pain relief for headaches that occur suddenly. When cannabis is ingested via food, oils, or tinctures, the effects take a long time to manifest. Edibles, on the other hand, offer slower onset times and longer duration of action.

Of course, marijuana has its own list of side effects, the most typical being dry mouth, dry eyes, dizziness, anxiety, and paranoia.

The last thing you want is to substitute coffee for cannabis and experience a completely different form of suffering. As a result, it’s critical to analyze the potential hazards and benefits of both choices before making a decision.

Although cannabis may assist with the prevention and alleviation of caffeine headaches, if you do not use it responsibly, you could be exchanging one addiction for another. Furthermore, if you smoked a joint every time you needed a coffee at work, you might end up in trouble or unable to complete any tasks.

Marijuana, on the other hand, is more likely to be utilized as a short-term therapy for caffeine withdrawal problems rather than a long-term alternative to your daily cup of coffee.

We recommend that if you are considering using cannabis to reduce your reliance on painkillers and treat chronic headaches or migraines, you speak with a doctor who is familiar with medical marijuana first. They will assist you in making the transition safely and help you choose the best dosage and method of administration for yourself.