Epilepsy is a chronic neurological disorder that causes seizures. Individuals with epilepsy frequently have numerous weekly or even daily convulsions. There are two primary seizure types: focal seizures, also known as partial seizures, and generalized seizures. Epilepsy is a disease that has the potential to severely damage a person’s quality of life. 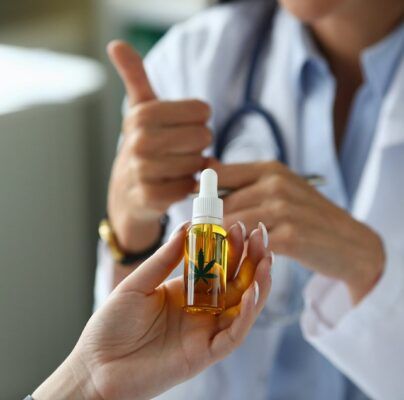 There are several treatment choices for people suffering from epilepsy, one of which is anti-epileptic medications (AEDs). However, these medicines might have undesirable consequences at times. CBD research suggests that the nonintoxicating cannabinoid may help epileptic patients control their seizures and reduce their severity and occurrence. Furthermore, it has the potential to do so while having less harmful effects than AEDs.

This post discusses epilepsy and the various treatment choices that are open to people who suffer from this condition. It also looks at how CBD might benefit people with epilepsy, as well as the best CBD oil brands, as well as dosing information.

Epilepsy: What Is It, What Causes It, and Who’s at Risk?

Epilepsy is a neurological disease in which individuals have recurrent, intermittent, and unpredictable seizures. It’s a widespread and somewhat random illness with no known cause in more than 70% of diagnosed instances.

Epilepsy is more likely in individuals who have a viral infection, have suffered a specific brain injury/trauma, had a stroke, have Alzheimer’s disease, suffer from autism, have brain tumors, or are affected by blood vessel anomalies. Experts think that heredity has a significant role in the development of epileptic disorders; however, the underlying genes and initiating events remain to be identified.

Epilepsy affects around 3.4 million people in the United States, according to the CDC, and over 150,000 new cases develop each year.

Epilepsy, which used to be a more typical ailment among youngsters, is becoming increasingly common among all ages. According to the San Francisco VA Epilepsy Center for Excellence, there are now as many people over 60 with epilepsy as there are children under ten.

Epilepsy is a condition characterized by recurring seizures, which are triggered by an abnormal electrical storm in the brain. Other than heredity or traumatic brain injury, no known causes cause epilepsy to develop, and it seems that anybody at any age can get it.

Epilepsy is a neurological disorder that causes recurrent seizures. Severe ones, in particular, can cause serious wear and tear on both the body and brain, necessitating their treatment. If left unchecked, they might lead to a slew of other health issues later on.

In some situations, simple lifestyle adjustments (such as dietary changes or vagus nerve stimulations) may be sufficient to lower seizure intensity and occurrence. Patients that have more intense and severe forms of epilepsy, on the other hand, are sometimes treated with pharmaceutical medications and even surgery.

Anti-epileptic medications work in the central nervous system to stop or otherwise disrupt various aspects of the brain and spinal cord. While these medicines are somewhat successful (about 50% of patients experience a significant reduction in seizures), the major drawback of these drugs is that many have severe side effects.

Cannabidiol (CBD) is a chemical found in cannabis plants that is said to aid with a number of ailments. It differs from tetrahydrocannabinol (THC), the chemical in marijuana that makes people feel ‘high.’

Cannabidiol can be extracted from cannabis plants and is commonly transformed into an oil that you swallow.

How does CBD Oil Stop Epilepsy? 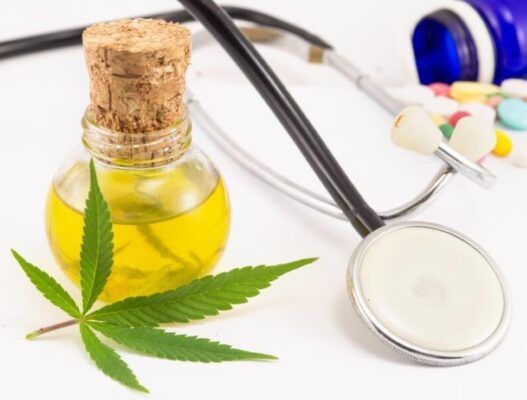 CBD oil activates CB1 receptors, which are present in the brain and nervous system. These cells are located in areas of the brain that control memory and in segments of the nervous system. Researchers aren’t sure how CBD works to prevent seizures, but it may protect brain cells from damage or overactivation.

Epidiolex – a CBD Oil for Epilepsy

The Food and Drug Administration (FDA) has given approval to a new medicine called Epidiolex for two severe forms of epilepsy: Dravet syndrome and Lennox-Gastaut syndrome in 2018.

After several tests revealed a significant reduction in seizure activity for individuals with these problems (when used together with their existing anti-epilepsy medications), the treatment was authorized.

If you or someone you know has Dravet Syndrome or Lennox-Gastaut Syndrome and would like to use CBD oil for seizures, see your epileptic specialist.

It is legal to buy CBD oil for seizures in most, but not all, US states (although the regulations differ). Many businesses propose the use of CBD oil for a variety of disorders, including anxiety, insomnia, and chronic pain. It may also be sold as a cure for epilepsy.

If you want to buy CBD oil for seizures, you should always talk to your doctor first. According to research, ‘artisanal’ CBD oil – which is legal but produced by small companies – is less effective than pharmaceutical grade CBD. As a result, it’s best to follow your doctor’s advice.

Side effects and interactions between CBD oil and seizure medicine

While CBD oil can help with epileptic seizures, it should always be used with caution and under medical supervision.This is because of:

CBD has shown promise in the treatment of epilepsy, according to previous studies. It may possibly help patients live a better life as a result of its effects on the condition.

Finding a trustworthy brand that creates a dependable tincture may be difficult.

In recent years, the FDA has issued several brands with official warnings for claiming to sell “pure CBD” when in fact they contained virtually none of the active cannabinoid. We recommend looking into the five companies we mentioned earlier since they all have excellent reputations. When you’re shopping for high-quality CBD, doing so will save you a lot of time, effort, and stress.

The majority of seasoned CBD consumers advocate starting with a small dose and gradually increasing the amounts until you get an effective outcome. However, it’s critical for customers to learn about and comprehend CBD for epilepsy past that because it does not work in every person and is not a cure.

Some individuals may not see a difference after taking the oil. Always talk to your doctor before using CBD, especially if you’re on any other medicine, particularly an AED.