The primary reason why it’s taking so long for people to accept cannabis is because of the negative stereotypes that most people believe. Before this age of widespread acceptance, most people saw cannabis as a dangerous drug with no benefits whatsoever. Even though this myth is being debunked, there’s still a long way to go. The current illegal status of cannabis and the lack of sufficient research and clinical evidence are the major factors that need to be addressed for cannabis to take that next step.

Let’s explore cannabis’ effects on memory, which has been largely debated over the years. We will investigate the relationship between marijuana and its influence Memory. I’ll also answer the million-dollar question ‘ can cannabis actually ruin your memory?’

The influence of cannabinoids on memory is due to the way these large molecules affect brain function. For example, when cannabis interacts with cannabinoid receptors in the brain, it can lead to changes in brainwaves. These interactions may have positive or negative consequences for memory retention.

When THC binds to receptors, it causes users to experience a euphoric high. However, if THC binds for an extended amount of time, it can result in memory deterioration. CBD helps reduce this effect by not binding directly to the same receptors as THC. Therefore, using CBD eliminates any risks of damaging one’s memory with an overdose of THC. Although more research is needed on cannabinoids like CBD and their role in memory-related issues, current evidence suggests they play a significant role.

Cannabis’ interactions with long-term and short-term memory give rise to varied results, which we will explore in order to determine if cannabis consumption definitely impairs your memory. 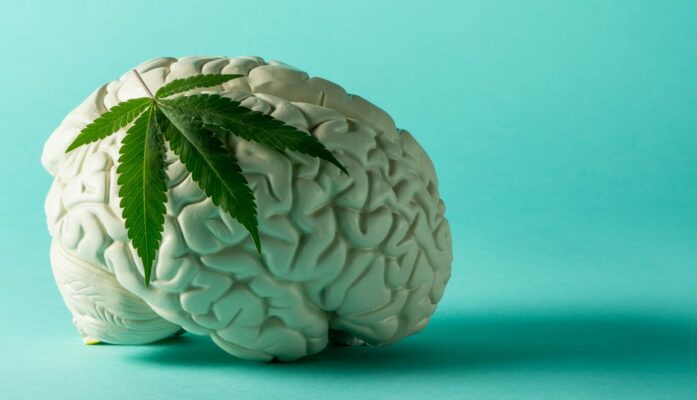 As earlier stated, short-term memories have to do with immediate events and storage of present info. The effects of the euphoric high that arises from the use of cannabis with a high THC level can affect short-term memory negatively. This is because the user finds it hard to concentrate and attention to details needed for memory storage is not optimal. This presents a situation where the user negatively responds to the external environment and happenings around. This effect however is just what is required for patients suffering from PTSD. It helps them cope with the recurrent memories that surface from the traumatic events and the euphoric high helps get rid of depression.

Cannabis also influences verbal memory as users can find it hard to properly articulate themselves. This falls slightly under short-term effects because the effect is due to a lack of concentration. It is a very common occurrence among recreational users. Some have difficulty with the pronunciation of words and some can go as far as coming up with incoherent words.

Another effect of cannabis when it comes to short-term memory has to do with working memory. Working memory has to do with the ability to process information and acting on them. Cannabis can have a negative effect on this if used to a level where the euphoric high completely gets a hold of the user. It is particularly bad for those that will be subjected to a form of test or exam that requires activeness of the brain at that moment. However, some creatives have found the use of cannabis helpful to let out their creative nature instinct. Athletes have also found cannabis useful in letting out the strength and intensity hidden within.

Tips on how to control the effects of cannabis on memory

These mild negative effects of cannabis can be easily avoided. We are miles away from where we once were in terms of knowledge of cannabis and it is high time we use it to our advantage. Here are some quality tips on how to use cannabis without risking its effects on memories.

It is important to pace yourself while using cannabis. Make sure to start with an easy strain before trying those that will easily take you past cloud nine. Dosing is very important and once you understand yourself with the herb, you can work your way up.

If effects are too strong, change strains

Many people suffer such effects because they are being rigid in their choice of cannabis strain. A change in strain might save you from all the unwanted effects that you are experiencing and give you the best of the natural herb.

Talk to a professional

While trying to pace yourself or change your strain, you can easily talk to a professional. Budtenders in cannabis dispensaries are thoroughly equipped with the necessary info to put you on the right track with your herb. You can also talk to a medical marijuana expert to ensure that you know all that there is to know.