Cherry Kola is an indica-dominant hybrid strain. It originated in Sonoma County, California, and has a THC concentration of about 22 percent on average. The strain induces uplifting cerebral euphoria as well as deep relaxation. 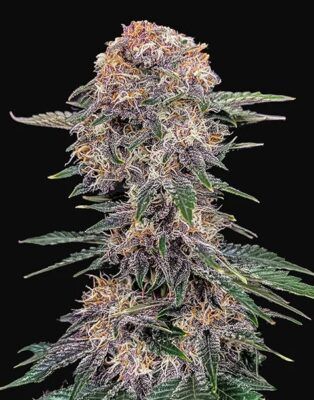 Cherry Kola could be the ideal strain for you if you’re looking for a good night time cannabis strain. It’s an indica type produced in Sonoma County, California, that has been around for the past five years. To make your day better, try out Rough Rider Indica.

Since 2016, Cherry Kola has been difficult to come by owing to its short distribution outside of California. At the 2014 High Times Cannabis Cup in Sonoma County, Cherry Kola was evaluated in a number of categories and received rave reviews.

Since then, Cherry Kola has taken home five awards in a number of international competitions. It’s quickly becoming a favorite among Sonoma County residents, who may now boast about something other than wine.

Cherry Kola is a subspecies of cannabis that is said to be drier than usual. Many individuals, on the other hand, cite the Cherry Kola’s most distinguishable feature as its pleasant cherry flavor. Because it has similar fruity scents, this plant produces relaxing clouds of smoke that linger in the area for a long time after smoking.

The Cherry Kola strain is a popular hybrid cross between a Skunk and an Haze, created by Sensi Seeds. If you want to learn more about this plant, check out our detailed review below.

What Is Cherry Kola Strain?

The Cherry Kola is a 70/30 indica/sativa strain with an indica dominance. It’s a one-of-a-kind plant with a compelling backstory. In this case, the story begins not with lineage but rather patients in Sonoma County and a non-profit organization dedicated to assisting them.

The goal of being a member of the Sonoma County Collective is to obtain low-cost prescription drugs. Buying from the membership might help you save money. Furthermore, there is a patient-to-patient delivery service that is both quick and inconspicuous in place.

The members run the organization, and numerous cannabis strains have been developed since its inception, including Cherry Kola. Cherry Kola is a blend of two Afghani landrace strains. One comes from the Takhar Province and the other from Kandahar Province. Both are purebred landrace varieties with outstanding properties and characteristics. It has been given its name due to its cherry-like scent.

This hybrid is great for more seasoned users searching for something distinct since it has a 22% average THC level with a high concentration of cannabinoids. It’s a strong marijuana that produces an ecstatic feeling that isn’t just uplifting but also soothing. When people consume it, they frequently experience an overpowering sense of euphoria.

Cherry Kola is a stimulating, body-centered high that is prized for its restorative and euphoric effects. After just a few drags, all of your pent-up stress will be relieved, and you’ll sink deeper into your chair. This sensation lasts for hours with tingles and enjoyment throughout. The high’s cloudiness lingers for a long time before dissipating as you prepare to fall asleep.

Cherry Kola has a scent that is described as raspberry framboise and honeydew, with just a touch of freshly mown grass. The area it’s in is usually fragranced with esters of lemon rind and crushed pine needles. In addition, the smell and flavor are deeply related, with a rich cherry aroma and a palate loaded with spices and syrupy deliciousness

Cherry Kola’s initial drag is packed with lemony verben and cherry notes. On the exhale, you can anticipate a smooth texture with touches of raspberry tea, sarsaparilla, and kola nut. With strong flavors that leave your tongue with a pleasant finish of lavender and freshly sliced lemons, this elixir has a long-lasting flavor sensation.

The plant’s most prominent feature is its rich buds and blossoms, which are green in hue with orange hairs and patches of purple hues, all accentuated by a crystal white, resinous trichome sheet.

The Sonoma County Collective has, for the moment, prohibited Cherry Kola seeds from being sold to the general public. Because it is an indica variety, it is predicted to flourish in both indoor and outdoor settings. Indica strains flower in seven to nine weeks on average, so Cherry Kola will be similar. During the harvest process, each square meter will yield ten to twelve ounces of buds.

While information is somewhat limited, it is claimed that the greatest blooming period of this species occurs between September and October when grown outside. Each plant is anticipated to produce at least 12 ounces of bud, if not more.

The typical THC concentration in Cherry Kola is around 20%. However, this varies considerably. THC levels have been measured to be as low as 16% and as high as 25% in various studies.

The high THC concentration in Cherry Kola is most likely responsible for the intense bodily buzz. Because Cherry Kola has a lot of THC, those who are unfamiliar with THC-rich strains or have a low tolerance to the drug may be thrown off by its effects.

Cherry Kola’s CBD content is similar to that of other well-bred indicas in the United States. This batch does not include a strain with more than 1% CBD. It was originally developed with higher percentages of CBD, but it was all lost due to the need for more room for THC in the final bud. Despite Cherry Kola’s lack of CBD, it still has several therapeutic advantages. 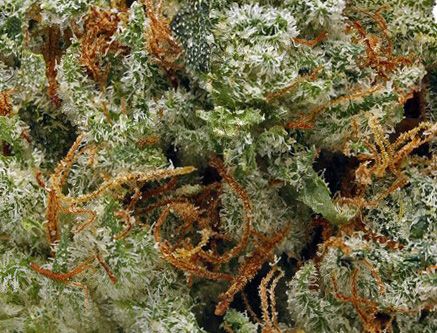 Cherry Kola is believed to have a variety of medical applications. It’s utilized as a relaxant at the conclusion of a busy day for fun. It can also help people going through difficult times, since it has an ecstatic high. It also promotes bliss, which is why it may be useful for those suffering from depression in focusing on the brighter aspects of existence.

Cherry Kola can also assist with discomfort. People who have chronic diseases or other severe issues may find life to be much more difficult than it needs to be. However, this strain might ease these pains and aches while also providing welcome comfort. The pain-relieving effects of this product are incredible for muscular spasms, migraines, nausea, muscle tension, and cramps.

This strain has a profound sedative effect, making it useful for treating sleeplessness, bipolar disorder, and minor instances of PTSD. Many Cherry Kola users report feeling hungry as a side effect. If you don’t smoke excessively, you shouldn’t have any trouble getting up and eating food if you don’t smoke. As a result, Cherry Kola may be helpful for people who need to stimulate their appetite.

Despite the fact that many strains provide amazing medical benefits as well as a pleasant recreational high, there are several negative consequences associated with cannabis use. The list of side effects is extensive. Dry throat and dehydration are among the most frequent symptoms. Depending on the type of strain, these and other adverse impacts can be more severe.

The amount of marijuana smoked has a significant impact. Individual physiology and training also influence the outcome. Still, certain strains have more severe outcomes than others.

Cherry Kola isn’t widely available, so if you’re in the area, pick some up. It’s a nocturnal sparkling beverage with a good chance of lifting your spirits.

Cherry Kola may help you sleep better, feel less anxious, and get rid of persistent pain. It makes you happier, reduces tension and sadness, and induces laughter. Cherry Kola is fast becoming a popular alternative among people all around the country.