Cannabis vaporizing, also known as “vaping,” has grown in popularity just like e-cigarettes over the last several years. But what exactly is vaporization and is it safe? We’ll clear things up for you. 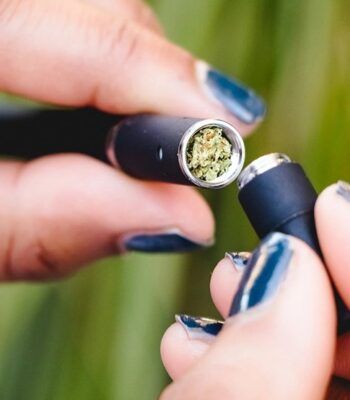 If you want to learn more about the major differences between vaping and smoking, you’ve come to the correct location. Let me tell you something: You’ve arrived at the proper spot.

In recent years, the debate between vaping and smoking marijuana has grown increasingly contentious among new users and experts. Many traditional smokers prefer to stick with what they’re used to, such as a joint, a bong rip, or a bowl. While many people enjoy the ease of vaping because of its inability to produce odor, there is no agreement on whether or not it smells better than cigarettes.

What is the difference between smoking and vaping, and which one is better for you? Is there a distinction between them, and which is superior? What are the advantages and disadvantages of each, as well as whether or not you need to pick one over the other? It’s time to dispel any preconceptions about how vaping and smoking differ in terms of safety, usage, health impacts, euphoria, or product quality.

Despite the fact that there are numerous high-THC strains and flower options accessible on the market today, vaporizing has long been acknowledged to provide a similar experience to smoking dry cannabis.

Does Vaping Weed Get You Higher?

According to John Hopkins’ study, vaporizing cannabis produces a greater high than smoking the same amount of flower. This suggests that if you’re using a cannabis concentrate, you should carefully measure how much you use because you’ve never done it before.

This study, which was conducted by researchers at the John Hopkins Behavioral Pharmacology Research Unit in Baltimore and involved 17 participants, looked at whether marijuana smoking or marijuana vaping caused similar effects. All of the participants in the study smoked cannabis previously but were advised not to do so for 30 days before beginning testing. During sessions, they ingested cannabis six times over 8.5 hours.

Participants were asked to smoke and vaporize a range of cannabis products with various amounts of tetrahydrocannabinol (better known as THC) during the study, but they had no idea how much they were inhaling at any one moment to avoid any preconceptions.

While smoking, participants had their heart rates, blood drawn, and blood pressure assessed at various times during the day.

The scientists discovered that breathing in 25mg of THC, no matter how it is consumed, results in a full high. Many individuals in the study either smoked or “tripped” after consuming this amount of THC after not smoking for more than 30 days.

This dose of cannabis has been reported to cause bloodshot eyes, a racing heart rate, anxiety, and an increased appetite in heavy users. These adverse effects peaked after smoking for the first time but persisted for up to eight hours or longer.

According to a new study published in Cannabis and Cannabinoid Research, cannabis users committed twice as many errors on all cognitive assessments and reported feeling considerably more negative after being way high and paranoid.

You cough up your lungs and generate copious amounts of phlegm when you smoke a bowl of green flower. The cloud is rougher than a cannabis oil cartridge vape pen hit. There are a few reasons for this. The first and most obvious explanation is that when you smoke marijuana flowers, you’re actually burning the plant. Vaping isn’t comparable to smoking cannabis flowers in any way.

Watch this film to discover more about the impact smoking vs vaping has on your lungs, which shows how smoking vs. vaping affects the lungs and overall health. This video compares cigarette smoke with a nicotine vaporizer, however there is no data regarding the effect of cannabis vaporizers right now.

However, we are certain that you will be able to tell the difference between smoking cannabis that has been smoked and vaporizing cannabis.

In 2019, we learned a lot about how vaping affects our health and lungs. Vaping sicknesses had ravaged numerous demographics across the United States left and right. It had gotten so serious that the Center of Disease Control (CDC) issued a warning to the public urging them to stop using e-cigarettes until they discovered what was causing the problem. We’ve put up a list of frequently asked questions relative to vaping below. According on the data currently available, vaptin

However, the extended response is that because vaping is still so new to society, more research is required. The modern vape devices didn’t debut on the market until 2003, but they became extremely popular in the mid-2010s.

With the increase in popularity of these technology, many black-market THC vapes have been created, resulting in the cannabis industry crashing. Continue reading to learn more about these black market vapes.

Effects of Vaping on Lungs

There’s ample evidence suggesting that smoking flowers contaminated with germs, spores, and mildew can harm people who are sick. However, because vape cartridges are produced from a complex extraction process that ends in only pure cannabis oil being extracted, this cannot occur.

Vaping cannabis, on the other hand, comes with risks. Because there are numerous elements that may influence your experience using trustworthy equipment, vaping cannabis isn’t quite as safe as smoking it. However, because of impure vaporizer cartridges that combined pure oil with propylene glycol and vitamin E acetate, some vapers develop illness when they vape black market or unclean vaporizer cartridges. When burnt, ascorbic acid and vitamin E acetate have been found to be highly detrimental to your lungs.

The new lung disease linked to e-cigarette and vaping product use, which the CDC terms EVALI, is responsible. The CDC has received reports of 2,602 hospitalizations and 57 fatalities as a result of this condition from all 50 states and territories in the United States and Canada as of January 9, 2020.

Vaping has been linked to damage blood vessels, lung scarring, inflammation, and fluid accumulation in the lungs in several studies. According to numerous research, vaping can induce harm to blood vessels and cause lung scarring, inflammation, and fluid accumulation. The majority of these cases were reported by teenagers who said they had recently inhaled THC vape cartridges from a store but not THC vape cartridges made at a marijuana dispensary.

Smoking has many adverse effects on the body in the long term. The CDC report that smoking: 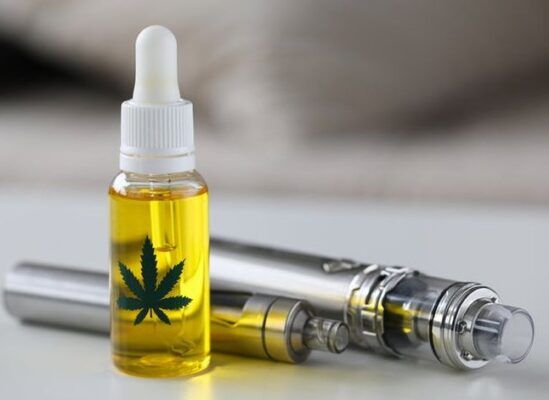 There is a lack of long-term data on the effects of e-cigarettes. According to the University of Iowa, the objective of e-cigarettes was for smokers to use them as a less harmful way to get nicotine. However, most evidence indicates that this is not the case. E-cigarette side effects include:

E-cigarettes are still a relatively new product, and little is known about their long-term effects. Vaping is still being studied, and further research will almost certainly discover additional long-term health consequences that researchers have not yet discovered. Some people have also reported suffering burns as a result of exploding batteries while charging e-cigarettes.

Vaping is believed to be a successful approach to quit smoking by some people. It has not been authorized by the Food and Drug Administration, according to Harvard Health Publishing. Whether or not e-cigarettes are an efficient tool for quitting smoking has yet to be determined. The American Heart Association (AHA) also has a similar take. They state that the evidence on this topic is insufficient, and that smoking cessation with vaping may lead to dual usage. Dual usage occurs when someone vapes and smokes at the same time.

The CDC recommends that smokers use a licensed method to quit. They also strongly advise individuals who want to stop smoking or vaping to consult with their doctor about it.

The chemical in cannabis that gives you a high, tetrahydrocannabinol, may be inhaled through a vape pen. THC is the component in cannabis that makes you feelhigh. According to a 2018 study comparing adult recreational cannabis smoking and vaping, vaporizing THC was more mind-altering than smoking the same amount of marijuana.

Because of this, everyone who vapes THC may get a more rapid and powerful high, as well as additional undesirable effects. Both smoking and vaping have similar negative health consequences, including lung damage and an increased risk of cancer.

Although the long-term consequences of smoking are still largely unknown, they are less understood than those of vaping. Vapes, like e-cigarettes, should not be used as a quit aid because they produce enough short-term effects to make them only marginally better than smoking. Instead, smokers can use FDA-approved techniques to quit smoking. A smoker seeking additional help in quitting might consult with their doctor.