Using a dabbing rig is another popular method of consuming cannabis. Weed concentrates are utilized in dabbing rigs, however there are numerous different versions on the market that it might be difficult to remember them all.

Both shatter and wax are commonly used for vaping, although they have some distinct production differences. The products also vary in terms of appearance and texture. In this article, we’ll explore those contrasts to help you make a decision about which is best for your needs.

Shatter and wax producers extract both substances from marijuana flower by using butane as a solvent. Butane is a chemical that binds with cannabinoids and terpenes, the active compounds in weed.

After the compounds have been extracted from the cannabis, manufacturers cool down the product so that butane can evaporate. Once this process is complete, what is left behind is a concentrated substance. This concentrate may appear to be candle wax or peanut brittle – wax and shatter respectively – depending on which technique was used by the manufacturer.

While both products can create a more potent high that lasts longer, they are most effective when used for dabbing.

Some marijuana users shy away from consuming butane hash oil products because they fear inhaling too much of the solvent. If that’s a concern for you, opt instead for products made with less or no solvent, such as bubble hash or rosin.

Remember to get from a reputable shop if you like the powerful highs that shatter and wax provide. It is not advisable to make wax or shards at home using butane. Making concentrates with butane might be hazardous since it is so inflammable. 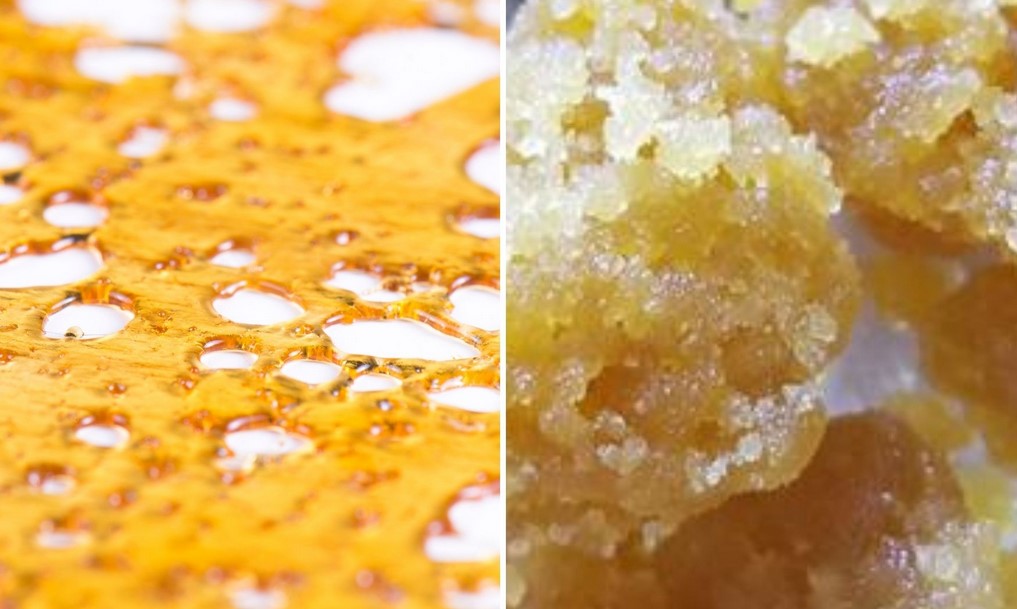 Because shatter and wax are both cannabis oil concentrates produced using butane, manufacturers can make minute modifications to significantly impact the finished product. The precise processes are technical in nature, with most of the focus on how they regulate temperature during extraction and storage. These distinct procedures have an effect on how molecules arrange themselves in the ultimate product.

The names shatter and wax, on the other hand, do an excellent job of letting you know what you’ll receive. Shatter is translucent or even transparent, with a rose color. It’s similar to rock candy in that it’s hard, rigid, and brittle. Because of its hue and texture, it’s comparable to peanut brittle. The particles in shatter are neatly organized, making it difficult and extending its shelf life considerable.

Wax is usually gold or yellow and has a texture like candle wax or ear wax. Some products might have a more gummy or crumbly consistency. So if shatter is peanut brittle, then think of wax as being akin to peanut butter – its molecules are all thrown together rather than neatly stacked, so you won’t be able to see through it . This gives it a texture that cannabis aficionados find easier to use; although, this also means that wax will lose potency faster than shatter stored under the same conditions.

How Do You Use Shatter And Wax?

Shatter and wax are both used with a dabbing rig, which is similar to a bong but has a bowl that holds a dab nail instead of weed.

The gold-looking thing in the upper right corner of the picture is called a dabbing nail. “Daba-daba-doo” means to take a small scoop of wax with your dab tool (a/k/a dabber) or drop a few pieces of shatter onto the nail, and then ignite your blow torch (yes, really–matches don’t work as well) and put flame to nail.

Simply puff away at the top of the device until you’re satisfied with your hit. After that, it’s simply a question of breathing as much smoke as you can physically. The hit from a dab rig is considerably more powerful than any other smoking instrument we’ve discussed thus far, including joints, blunts, Thai sticks, and vaporizers.

That is because the dab rig’s shatter and wax are concentrated amounts of canna-goodness. No more plant matter particles are hanging around to be breathed in. And no impurities or additions are standing in the way.

The chlorophyll, cannabinoids (including CBD), terpenes, flavonoids, and trichomes are the only other components present. It’s this stuff that provides marijuana its psychedelic edge and draws us in. 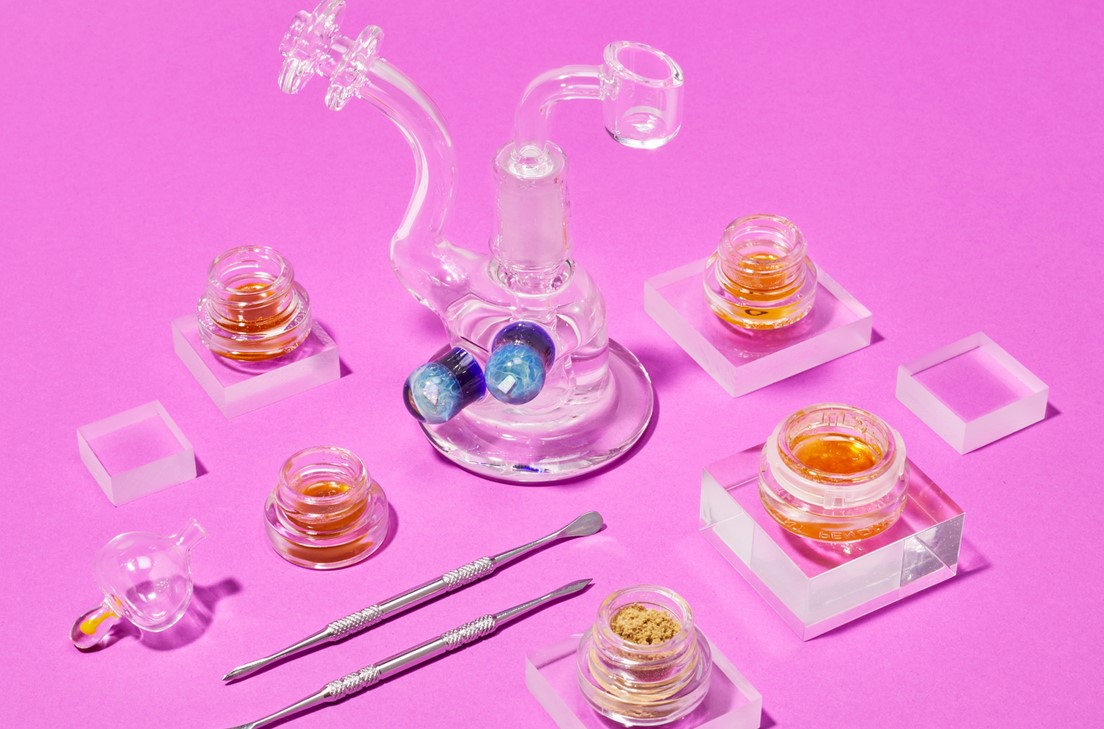 Shatter vs. Wax: Which is Right for Me?

Both shatter and wax are excellent concentrates that can provide a powerful high. However, shatter is harder to make than wax, which has led some users to believe that those who work hard are rewarded with a more potent product. In truth, you can find good and bad manufacturers of both shatter and wax.

It really depends on what you prefer. some people find that wax is simpler to use because it’s easy to measure, while others say that breaking up shatter can be a little messy. However, many also say that shatter lasts longer than wax does.

Whatever you choose to purchase, make sure it’s a high-quality product.

The best shatter should be aromatic and easy to see through. The more potent it is, the easier it will be to see through. Lighter products tend to be of a higher quality.

The best wax will be in the golden-amber color range. Avoid anything dark or green, which indicates a difficulty with extraction that allowed plant material into the finished product.