Terpenes are a type of chemical compound that can be found in plants. Terpenes are chemicals that give plants their aroma and flavor. They’re involved in both the fragrant quality and taste of the plants. Although “terpenes” may sound frightening, it isn’t.

Borneol: Mentha x piperita has a minty freshness and flavor, as well as an underlying metallic undertone that sets it apart from the crowd. Borneol’s pharmacological effects include anti-inflammatory and analgesic properties. Borneol can be found in cannabis strains such as El Chapo, K13-Haze, Golden Haze, and Amnesia Haze.

Terpenes are compounds that may be found in a variety of the foods derived from plant material that we consume. It may come as a surprise to you that many of the cleaning products on store shelves utilize terpenes to give our houses a deep, clean scent. They’ve been declared safe to consume and use by authorized US federal authorities, and we encounter them on a regular basis.

Terpenes are also present in cannabis. They contribute to the wonderful odors that you find appealing in many of your favorite strains. Terpenes make up approximately 5% of the total dry weight of the cannabis plant, although CBD and THC have received attention recently.

Terpenes are frequently neglected, yet they provide a wealth of benefits. They may also aid in the improvement of several of the cannabis plant’s purported effects, including THC and CBD. However, whether terpenes can get you high is a big question. We looked up some of the science behind what terpenes are and how they impact the body to provide you with an answer to your inquiry. 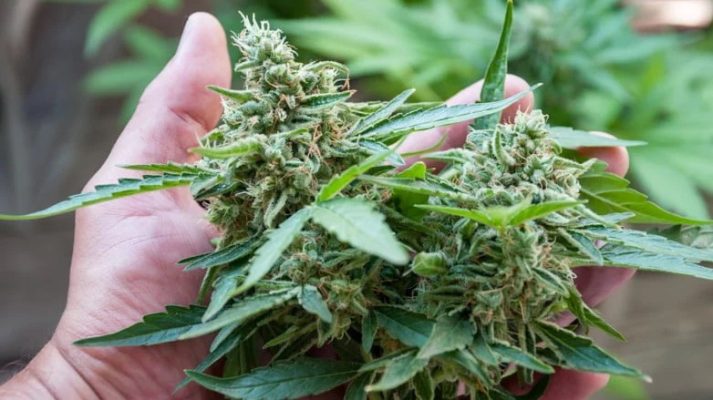 Terpenes and Cannabis: An Analysis

Terpenes are a type of chemical compounds that provide both taste and fragrance to a wide range of plants. Conifers, pines, as well as the plants in the Cannabaceae family, or cannabis, are examples of this. Cannabis contains hundreds of such components, although only a few are prominent in most varieties.

There are many health benefits associated with the use of terpenes. They’re one of the first lines of defense against predation in plants. Despite the fact that lavender, rose, and other fragrances may smell lovely to humans, they act as a deterrent for numerous species.

Most researchers consider terpenes to be unsaturated hydrocarbons. Terpenes are often present in the resin that covers female cannabis plants, called trichomes. The cannabis plant’s essential oils are made up of terpenes.

Terpenes are a type of molecule comprised entirely of hydrogen and carbon that is found in hydrocarbons. Terpenes occur naturally in hundreds of different varieties. The following are the most common types of terpenes found in cannabis:

Many of these major terpenes, on their own, can’t make you high. THC is a more psychoactive component in cannabis that distinguishes this distinction. Although they don’t give you a high themselves, they have an effect on how cannabis works. They not only contribute to the tastes and odors, but they also collaborate with THC, CBD, and a slew of other phytochemicals and cannabinoids. The “entourage effect” refers to this phenomenon.

The phrase was coined by scientists S. Ben-Shabat and R. Mechoulam in 1998 while studying the body’s endocannabinoid system, also known as the ECS. They observed that certain chemicals heightened the effects of others in the body.

The ECS is the body’s regulatory mechanism. It is in charge of maintaining a certain range for basic activities. The ECS comprises much of the nervous system, some immune cells, and the brain. Neurotransmitters are chemicals that transmit signals from one neuron to another through the nervous system.

Consider ECS to be a supply channel. The nerve cells are complex transport systems, the neurotransmitters act as delivery officials, and the brain is the main processing center. These components collaborate to evaluate and convert signals connected with pain, memory, temperature, and movement.

Cannabis has chemicals that act similarly to those in the human body. Endocannabinoids are a type of chemical used by the human body. Cannabinoids, like terpenes, can help with residual side effects as a result of their resemblance. Terpenes may have several applications.

They don’t only give odor and taste. They may have their own therapeutic properties. They’ve been used to cure a variety of ailments and conditions throughout history, and each major terpene has its own set of chemical characteristics that can aid many bodily processes. 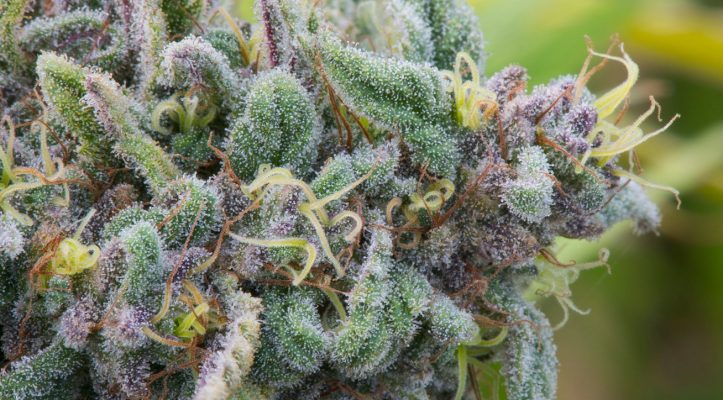 Terpenes and Their Functions

The myrcene terpene is one of the most prevalent in cannabis. It has been used in the past as a natural therapy for a variety of illnesses, including diarrhea and hypertension, according to ancient records. Anti-inflammatory characteristics have been cited. It may also aid in the transport of substances between the blood-brain barrier.

The chemical name for this component is n-Limonene, which comes from citrus essential oils such as lemons, limes, and oranges. It’s extremely popular in the cleaning product, food and fragrance industries. Its pungent odor makes it suitable for a variety of items, and it may be beneficial to your health.

That’s what gives pine its fresh, clean scent: pinene. If you’ve ever appreciated the smell of a kitchen cleaned with a “pure pine” disinfectant, it was due to pinene. Pinene is divided into two categories: alpha and beta. It’s the alpha variety that’s most frequently found in cannabis.

In studies, pinene has been shown to be a bronchodilator, suggesting that it may aid in the opening of the lungs. This is significant for people who suffer from lung obstructions such as asthma and bronchitis since pinene can help correct some of the neurological side effects of THC.

Linalool has a distinct fragrance. It may be found in plants like lavender, which is an essential component of many commercial items. Linalool is claimed to have anti-convulsant and anti-inflammatory effects in addition to being an antiseptic.

Humulene is a terpene that has been used to reduce weight by many people. This terpene, unlike other terpenes, may help to decrease appetite. Basil and clove are examples of plants that contain it. It’s also commonly used as a pain medication and can be consumed orally, topically, and even via inhalation.

Rosemary, basil, bell peppers, and pine are just a few of the plants that contain Delta III Carene. It has a sweet and woody scent with medicinal advantages: it could possibly be used to mend fractured bones. Patients suffering from fragile bone conditions such as osteoporosis may benefit from this terpene.

The benefits of Mindfulness can extend beyond enhanced brain function. It may also aid in memory recall and the prevention of Alzheimer’s disease.

Eucalyptol is a minty, chilly aroma. It’s commonly found in mouthwashes and cough medications. It’s also known as cineole and can be found in the eucalyptus tree.

Eucalyptol is a chemical in the eucalyptus tree that has several medicinal uses. However, it accounts for a tiny percentage of most strains. According to some estimates, eucalyptol makes up less than .06 percent of dry weight. It may not only stop the growth of dangerous germs and fungi, but it may also have anti-inflammatory effects.

Terpenes have been observed to have a wide range of healing properties. When combined with THC and CBD, they form a potent complex that may combat a variety of illnesses while also interacting with other cannabinoids, phytochemicals, and the like to achieve significant therapeutic effects.

The entourage effect is increased with terpenes at the forefront. Terpenes may help neurotransmitters react more quickly to receptors, increasing the speed and effectiveness of signals conducted throughout the body. According to Ethan B. Russo, because of the presence of terpenes, cannabis is much more effective.

According to him, terpenes work together to decrease the psychoactive effects of THC while boosting the medicinal benefits. He further claims that many of the cannabinoids, including terpenes, combine to minimize psychological adverse effects.

But Can Terpenes Get You High?

Terpenes are a changing group of chemicals. However, the sensation of feeling “high” that may include delusions, paranoia, drowsiness, and/or “couch-lock,” as well as other psychogenic effects, is not produced by these compounds. Instead, they have been recognized for their therapeutic benefits. Terpenes have been utilized to treat diabetes mellitus, hypertension, and depression symptoms.

While terpenes may have a number of therapeutic advantages, there are no reported psychoactive effects. Terpenes are declared safe for human consumption by the USDA, with no long-term or negative consequences. In reality, the USDA states that terpenes are non-toxic and can be safely used in livestock feed, crops, and land management.

While terpenes exist in various cannabis strains, their amounts and types vary. Terpenes provide a unique layer to the action of cannabinoids in the body. Although they don’t make you “high,” the therapeutic effects may have a beneficial impact on your general health.

As researchers continue to explore the topic, new information on terpenes and how they may aid in physiological functions is sure to emerge. Studies might also highlight methods for incorporating more terpenes into our everyday lives.