Finding the proper treatment for obsessive-compulsive disorder (OCD) may be difficult. People who self-medicate risk exacerbating their problems. Experimenting with illicit drugs to cure OCD’s symptoms is never a good idea.

Because marijuana is typically low in toxicity and adverse effects, there is little risk of overdose or severe side effects. When the drug is obtained via a dealer on the street rather than from a doctor, however, it’s impossible to know what you’re getting or whether anything has been added to it. 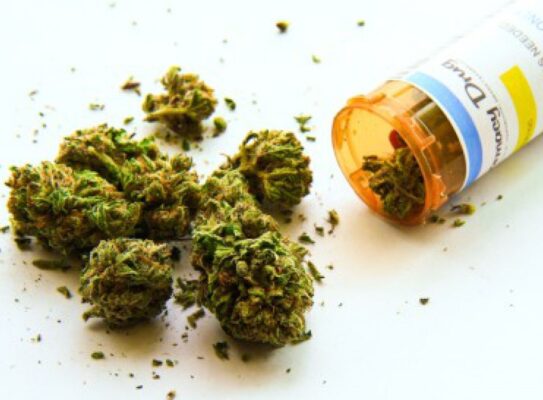 The severity of OCD varies among individuals. Many people wonder whether marijuana can help with obsessive-compulsive disorder because they are looking for holistic cures. Depending on one’s particular obsessional worries, cannabis may be useful in lowering them.

Some people with OCD have an excessive need to control things, which is part of the same condition. Because it gives sufferers a lack of control, marijuana may be harmful to some people who live with this condition. Marijuana has been studied in several studies and has been shown to provide much-needed times of peace and a short-term alleviation from worry for certain individuals. More research on the use of marijuana as a therapy for anxiety disorders (and OCD) is needed to show its safety and efficacy.

Using marijuana, even medical marijuana, has the potential to cause serious problems such as addiction, using additional illicit drugs for self-medication, and decreased reaction time in people with a history of drug abuse.

Obsessive sentiments or compulsive behavior are common among people. For example, going on vacation and worrying whether they left the gas on, or double-checking that the door is locked, even though they know it is their house.

However, for those with OCD, these issues can become much more severe. Obsessive ideas and compulsive actions may become totally uncontrollable. They might begin to take over a person’s life even if they don’t enjoy them.

Obsessive thoughts and compulsive behaviors may consume a person’s life without providing any enjoyment.

Some sufferers of OCD have such severe cases that their symptoms interfere with their daily routines. Working or studying becomes more difficult, and interpersonal relationships may be damaged.

Obsessive-compulsive disorder (OCD) is a type of mental illness that causes unwanted thoughts or behaviors to recur on a daily basis, while obsessive-compulsive personality disorder (OCPD) is a personality trait. People frequently conflate the terms OCD and OCPD. An excessive desire to be perfect and keep organized are signs of OCPD. This post refers specifically to OCD, not OCPD.

Some people with OCD may benefit from cannabis in the same way that others have benefited from anxiety relief. Instead of THC, cannabidiol (CBD) is included in medical marijuana (MJ). It doesn’t make you high. Instead, it can help people feel less anxious or worried.

Medical marijuana may not, however, provide the desired result for each patient. Anxiety is a normal human experience that all of us will face at some point in our life. However, medical cannabis is only effective for specific individuals with severe anxiety or OCD. The intensity of anxiety varies from mild to severe. One person’s anxiety and OCD are different from another’s who has OCD. Everyone experiences OCD differently, therefore their symptoms respond differently to medical marijuana..

Patients who suffer from OCD endure a range of symptoms. Fortunately, as was previously stated, medical marijuana can assist with the majority of these problems, including: 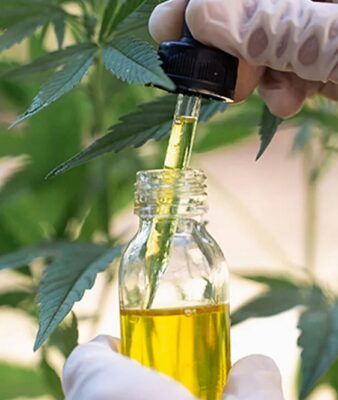 Marijuana might also assist with the undesirable side effects of certain OCD treatments, such as:

The Recovery Village, a rehabilitation facility in Ladera Ranch, California, specializes in treating co-occurring issues. If you or someone you know has a marijuana use disorder and a mental health problem, contact The Recovery Village to talk with an expert and start the recovery process.

Cherry Kush is a Californian Indica/Sativa hybrid, a highly potent indica-dominant hybrid that has risen in popularity among medical patients in the San Francisco Bay Area. Cherry Kush, also known as Cherry Pie, is a renowned sativa. This makes the body ideal for late nights and sleeplessness. Cherry Kush is a sweetened strain that performs well for socializing. While this sample’s fragrance was not overly strong, it had an unmistakable cherry scent -not the sweet candy cherry idea. Cherry Kush aficionados like this strain for its flavor as well as for its well-balanced and powerful impact, which includes energizing euphoria, deep relaxation, and pleasant soothing effects. It had a faint fruity sweetness mixed with menthol characteristics and a touch of spice – overall however, it was just a hashish-like smoke that wasn’t particularly distinct or appealing.

Despite the fact that finding an authentic Cherry Pie strain is difficult, its advantages in relieving anxiety are still some of the best. It has a sweet and sour flavor like cherry pie and smells even better than it tastes. Most people feel calm, happy, and energetic after smoking it. These effects may already be felt after minutes and might last up to a couple hours.

Cherry Pie can be used to help manage stress and anxiety for people with OCD who find much of their day consumed by worry or tension. Dry mouth and eyes are common adverse effects, so make sure you have plenty of beverages on hand. Its major terpenes have anti-anxiety, pain-relieving, and sedative effects.

This strain, which is available on prescription from a doctor, has been shown to help many people who suffer from seizures or severe anxiety. Due to its low amount of THC, it won’t make you high; nevertheless , it’s one of the most powerful medical marijuana strains available.

It has an earthy flavor to it and a pine odor. Charlotte’s Web will make you feel calm, uplifted, and even more focused. It can aid in the treatment of pain and tension, but it may also leave you dizzy. This strain is beneficial for OCD sufferers since it reduces mental stress caused by anxiety while also reducing physical symptoms. The main terpenes in this blend help with the relief of inflammation, anxiety, and depression.

The Cannatonic variety is common in California and has a well-balanced mix of sativa and indica features. It has an earthy scent with a citrus aftertaste. Cannatonic is recognized for being both mentally and physically relaxing, as well as invigorating.

It’s ideal for individuals suffering from chronic pain or anxiety since it has a sedating and soothing impact that relieves your mind. This strain is also extremely unlikely to induce anxiety or paranoia. The effects only last a short time, but they’re beneficial for OCD patients who experience stressful periods, intrusive thoughts, and discomfort. Its most prominent terpenes, in large doses, can have a highly sedative effect and put you in a drowsy state.

The most common variety of cannabis is Harlequin, which has a high CBD content and can be cultivated indoors. It has an earthy and mango flavor to it. Harlequin is fantastic for clearing your mind, making you feel more awake and energetic.

Patients suffering from OCD can relax without being drowsy. While you’ll feel calm and pleased while taking this medicine, you won’t get high. Its primary terpenes, which include mental sharpness, counteract the typically sedating effects of THC.

Cherry Kola may be found in the Pacific Northwest, but it is quite rare elsewhere. It has a chemical flavor and a strong sweet fragrance.

It’s a potent relaxation, euphoria, and hunger-inducing drug that has a relaxing body high. This can be a fantastic way to help you relax and fall asleep for OCD individuals who have trouble sleeping.

This strain has become so popular that it can be found in most dispensaries, and even at-home cultivation is possible. It has a wonderful sweet flavor that reminds you of freshly baked cookies.

Cookies from Girl Scouts will make you feel happy, euphoric, and giggly, as well as causing intense hunger. It has a powerful impact, so a little bit goes a long way. Chronic anxiety, pain, and appetite loss are all significantly improved by it.

Cannabis can help with both sleep and social engagement when treating obsessive compulsive disorder. Its most important terpenes, which may help to reduce sadness and stress, as well as a variety of health advantages including anti-inflammatory properties.

The indica-dominant variety is perfect for treating insomnia and stress, as well as anxiety. It’s possible to get an amazing high with a tiny quantity of this stuff. Blackberry Kush has the same flavor as its name implies and leaves you feeling calm, relaxed, and drowsy after smoking it.

It’s a wonderful cure for OCD since even a little amount relieves tension and discomfort, while bigger dosages will put you to sleep. It’s effective at night, but it might leave you with cotton mouth and dry eyes, so keep some water on hand in case you wake up from this.