Depression is a serious mental health condition that can negatively impact every area of your life. People struggling with depression may feel hopeless and lose interest in the activities they once enjoyed. But what if medical marijuana could help alleviate some of the symptoms of depression?

Does some anecdotal evidence suggest that medical marijuana is a legitimate and efficient treatment option, but is there any medical or scientific basis to this?

In this report, we examine the complicated connection between medical marijuana and depression. Do you think cannabis might be a good choice for treating your depression? Continue reading to find out.

Medical Marijuana and Depression: What Users Need to Know

Major depression is one of the most frequent mental disorders in the United States. According to recent research from the National Institutes of Mental Health, 7% of adults have at least one major depressive episode during a year.

Depression is a very complex and complicated disorder. There are many theories as to its causes, but the most popular one suggests that it results from an imbalance of certain neurotransmitters (norepinephrine, serotonin, and dopamine) in the brain.

Some people/theories have assumed/suggested that medical marijuana (particularly the chemical THC) can effectively cure various sorts of depression because it stimulates neurons that release dopamine. The “cannabis and depression” connection, however, is not quite as simple as it seems.

How Does Cannabis Affect Depression?

Inactivation of the enzyme FAAH has been linked to pain relieving, anti-inflammatory, anti-anxiety, and antidepressant effects in some studies.

According to a study published in Nature Chemical Biology, cannabidiol prevents FAAH from digesting anandamide. CBD may be involved in preventing anandamide degradation through FAAH. The significance of researching CBD and its relationship to sadness and other emotional problems has been increasingly recognized during the last decade.

Although clinical studies maintain that medical marijuana is not an effective antidepressant, CBD (a component of the cannabis plant) has anxiety-reducing properties, as recent publications have discussed.

CBD, for example, has been shown to benefit serotonin receptors in the brain by a 2014 study published in CNS & Neurological Disorders Drug Targets. This is significant because many antidepressant medications – particularly selective serotonin reuptake inhibitors (SSRIs) – work by altering serotonin levels.

A study published in Frontiers in Immunology in 2018 explored how CBD could have therapeutic benefits. The paper investigated how CBD may provide an “antidepressant action” caused by processes in the hippocampus and medial prefrontal cortex (mPFC). Antidepressant activity might also be linked to the “activation of TRPV1 receptors at [high] doses.”

Therefore, it seems that CBD-rich strains will likely be necessary for the therapeutic use of medical marijuana to treat depression in the future. Fortunately, hemp-based CBD products are already accessible and come in various forms such as oils, capsules, edibles, and vape items. Also good news is that since these particular hemp-derived CBD products have low THC levels compared to other Cannabis varieties; consuming them will not result in a psychoactive high.

The “Biphasic Effect” May Also Influence Marijuana and Depression

Another topic to consider when assessing the link between cannabis and depression is the biphasic effect. This is a term used to describe marijuana’s ability to produce varied physiological responses based on how much was consumed.

While a little amount of cannabis might help an individual feel calm and serene, a higher dose of the same product (whether it be from smoking, eating it as food, or taking it as drops) can cause anxiety, stress, and even paranoia.

Some people who use cannabis recreationally or for medical purposes believe that taking higher dosages will provide better effects.

The biphasic effect is the opposite of what you want if you consume too much medical marijuana. You could be missing out on all the possible medical advantages of marijuana if you happen to overdo it.

It’s conceivable that the brain’s continual exposure to THC causes neurotoxicity and CB1 receptor desensitization, which may be detrimental to patients attempting to obtain the most therapeutic benefits from medical marijuana.

Let’s talk about microdosing since we’re on the subject of psychedelics. 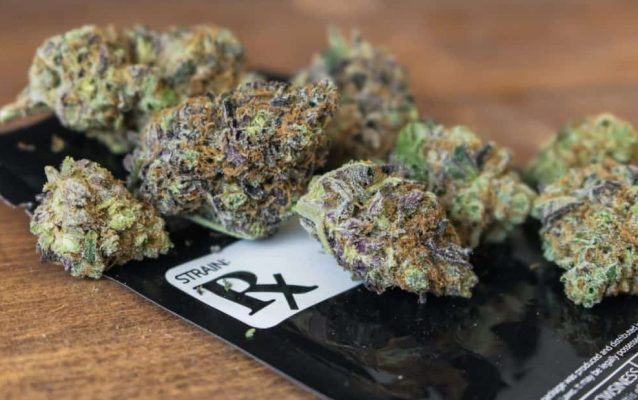 Microdosing Medical Marijuana: Does it Have Any Effect on Depression?

We will briefly touch on microdosing here, though we explore the topic more intensively in other articles.

Microdosing means eating tiny dosages at a time. However, because people’s biochemistry and tolerance to medical marijuana varies so much, determining what dose constitutes a microdose for any one individual may be difficult.

According to a recent study, tiny dosages of THC are beneficial in treating pain. The test patients were given 0.5mg and 1mg doses, which is roughly 75 times less than the typical amount consumed by cannabis users, according to Pain News Network.

There have been no studies on microdosing cannabis for those suffering from depression, but it may help in theory. When a person takes a substantial dose of THC all at once, their central nervous system can become toxic and destroy endocannabinoid receptors. The brain interprets this excessive quantity of THC as abnormal, prompting the body to shut down its receptors.

It’s critical to have your ECS receptors active and present in order to get the most out of cannabis. Consuming too much marijuana, on the other hand, might induce more potent intoxicating/mind-altering effects while providing no additional health or therapeutic benefits.

Final Thoughts on Marijuana and Depression

It’s essential to remember that there is no scientific evidence concluding cannabis can be used as a treatment for depression. Although it’s possible that marijuana and the various symptoms of depression may interact through some complicated physiological process, we need much more research to figure out how (or if) chemicals like THC and CBD actually impact mood-related biochemical pathways.

There is currently a lack of evidence on how well THC and CBD work to treat clinical depression, although more study is needed to determine their potential advantages.

CBD has been shown in separate studies to help with depression in animal tests, suggesting that THC may not be required in the future to relieve common depression symptoms. However, more research is needed before anything can be concluded conclusively.

Before using cannabis for depression, please speak with a medical professional about your options as every state has different laws.Cannabis products come in many forms, including CBD oil which will not make you high.