There is a lot of incorrect information floating around when it comes to medical cannabis. Many people believe that some strains have helped their symptoms for a variety of ailments, thanks to well-intentioned supporters of cannabis. 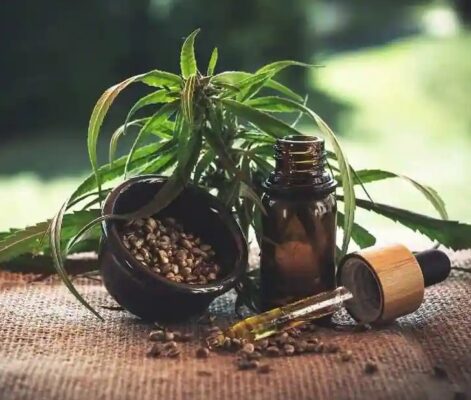 Unfortunately, there is little research on using marijuana for medical purposes. Only a few medical problems have been researched, so it’s difficult to know which ones marijuana might help.

One such factor that is frequently overlooked is ADHD. Some marijuana users claim that the drug has alleviated their ADHD, resulting in various lists on the internet suggesting the best cannabis strains for the disorder. It’s also important to remember that cannabis cannot cure ADHD.

However, there is cause for optimism. Cannabis plants create a wide range of effects, and hundreds of strains exist today. Many of them, particularly high-CBD strains, may assist people with ADHD in focusing while completing their daily chores.

Cannabis strains have a wide range of effects, and no two users react to them in the same way. Every person’s reaction to cannabis strains is unique, therefore one focus-enhancing strain might be anxiety-inducing for another. High-CBD strains are typically the safest option.

Finally, we look at an introduction to ADHD; after that, we’ll provide a list of five strains that users say enhance focus.

ADHD, or Attention-Deficit/Hyperactivity Disorder, is a behavioral disease. It’s defined by inattentiveness and excessive activity. Those with ADHD are generally diagnosed between the ages of 6 and 12; however, it becomes most apparent when youngsters are in school.

The symptoms of ADHD usually get better with age. However, some children continue to have symptoms into adulthood. Anxiety and sleeplessness are just a few of the consequences that can result from the symptoms.

Those who are affected by ADHD may find it challenging to function normally. It may be difficult to finish a list of chores due to impulsivity and lack of attention. This is why marijuana strains that assist concentration might be beneficial.

Non-pharmacologic therapies include education and advise. These methods are intended for both the children who have ADHD as well as their parents. Adults with ADHD might be given cognitive-behavioral therapy (CBT) as a way to manage some of their symptoms in adulthood. Some drugs can also assist individuals focus; many of them are stimulants.

ADHD is associated with insufficient dopamine, according to medical research. Dopamine is a chemical in the brain that has an important role in memory and attention management.

The Number of Dopamine Receptors Among Those with ADHD Is Smaller Than That of the Average Person. This is taken into account when selecting the best cannabis strains for ADHD.

Over the years, researchers have investigated whether marijuana use affects ADHD symptom severity. Although dopamine levels were lower in these people, no clear explanation was found. It’s possible that it’s a combination of environmental and genetic issues, according to researchers.

What are some common symptoms of ADHD?

A few distinct symptoms can be experienced by anybody who is diagnosed with Attention Deficit Hyperactivity Disorder (ADHD). These might include things like an inability to concentrate or hyperactive behaviors.

Inattentive, hyperactive, and combined are the three main types of ADHD for which medical cannabis may help.

People with inattentive ADHD have an extremely limited attention span. They cannot concentrate for long -or even short- periods of time.

They become sidetracked easily, and completing the task at hand might be challenging. When it comes to finding the greatest weed strains for ADHD, we should look for cannabis strains that aid in attention.

Someone who is always on the go with hyperactive or impulsive ADHD is a chronic overachiever. They may be extremely talkative or disruptive, and they’ll have difficulty sitting still.

In school, children with hyperactive ADHD are frequently the class clowns. They also have a tendency toward impulsive behavior, which may result in poor judgment.

While marijuana and ADHD are still regarded as scary by youngsters, new advancements in CBD are bringing us closer to changing that.

Combination ADHD is a mix of both inattentive and hyperactive behaviors, as the name implies. Those who have combined ADHD will exhibit symptoms of both types.

If you’re looking for the greatest marijuana strains for ADHD, keep in mind your personality.

Get started on your medical grow license today!

How is ADHD typically treated?

Ritalin and Adderall are medications that are used to raise dopamine levels in the brain. According to physicians, they can help restore dopamine levels back to normal, but they may also have some unpleasant side effects.

Ritalin has several negative effects, including agitation, anxiety, sleeplessness, weight loss, and chronic headaches. Ritalin use can even lead to increased blood pressure.

Choosing the finest marijuana strains for ADHD may help you avoid these problems.

How can Cannabis Help with the Symptoms of ADHD?

According to one of the most renowned medical marijuana studies for ADHD, patients who used cannabis for ADHD reported improvements in their symptoms.

Many of them had an improved quality of sleep, as well as enhanced concentration levels.

Prescription medications for ADHD, such as Ritalin, have a number of unwanted side effects. Marijuana has few, if any, negative side effects when used to treat ADHD.

Despite the fact that marijuana for ADHD is sometimes dubbed a “gateway drug,” there is no chance of developing dependency.

The 5 best weed strains for ADHD 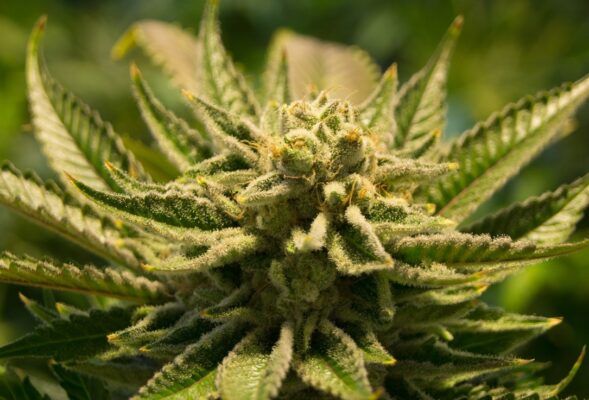 A wide range of cannabinoids are present in cannabis, so each one has a distinct high and different medical advantages.

You can cultivate cannabis for medical uses that are especially focused on anxiety, pain, and even attention deficit disorder.

Consider growing these 5 greatest cannabis strains for ADHD if you live in Canada and can legally produce medicinal marijuana at home under the Cannabis Act.

Seedsman is a fantastic resource for Cannabis seeds to get you started growing.

Green Crack by The Cali Connection

Our physicians recommended us to use The Cali Connection’s Green Crack, which was stated to improve mental energy and engagement. Due to its insanely strong effects, the strain has earned a place at the top of the best cannabis strains for ADHD, according to notorious Snoop Dogg.

Green Crack is a powerful sativa that will provide you with energy in all the ideal ways, especially for ADHD patients. A few puffs of this strain may help you concentration on whatever it is you’re doing.

Orange Sherbet is a popular choice among people with ADHD. Its strong indica characteristics promote deep relaxation, which helps to alleviate hyperactivity. Orange Sherbet will help you slow down whether you’re used to being on the go all of the time.

Nirvana Seeds’ Raspberry Cough is a sativa-dominant hybrid with 70:30 indica/sativa genetics that promotes feelings of joy and optimism. As a result, it’s great for treating anxiety, but it may also help to alleviate ADHD symptoms.

Users of Raspberry Cough have reported enhanced attention and productivity. It may also calm the body enough to help people with ADHD stop fidgeting.

Sour Diesel by DNA Genetics is the most popular strain for treating ADHD with medical cannabis, according to both licensed practitioners and patients. The reason for this is the strain’s capacity to keep your mind active while also engaged.

When you use Sour Diesel as an ADHD treatment, you’ll be able to focus on things that you were previously unable to concentrate on. Goo by Norstar Genetics is a indica strain, so it makes you sleepy yet calm.

The best feature of Goo as one of the greatest marijuana strains for ADHD patients is that it can help to minimize the impact of prescription medicines. Goo is a must-have if you don’t want to stop taking Ritalin or Adderall for ADHD treatment.

Taking Ritalin for ADHD has the potential to cause a decrease in appetite and sleeplessness. A strain that stimulates your appetite while also promoting deep sleep and relaxation, such as Goo, can help you manage these harmful effects.

It’s not the greatest strain to take before work, but it should be taken just before going to bed.

The Best CBD Oil for ADHD

Smoking your home-grown cannabis is not the only way to treat ADHD. Another option is to use CBD oil for ADHD. Previous scientific studies have shown that the cannabinoids in CBD oil link to certain receptors within the human brain. This leads to a number of benefits, one of them being reduced hyperactivity in people with ADHD.

How to Use CBD Oil for ADHD

CBD Oil for ADHD is a versatile medicine and it can be used in several ways. Oral ingestion is one option, but vaping is one of the easiest and most convenient methods for getting your daily dose of CBD.

According to Canadians treating ADHD symptoms, Seedsman CBD oil is the best. This link will take you to where you may purchase CBD oil. Canadians who use vape pens with CBD oil report that it has helped them feel less restless and fidgety throughout the day. Anxiety can also be relieved by the high amount of CBD present in the product.

How Canadians can Grow their own Medical Marijuana for ADHD

If you live in Canada, you may get a Health Canada license to cultivate medical marijuana. You can produce the greatest ADHD-friendly cannabis plants at home with ease.

If you have any questions, please complete the form below or call us for an auto-reply with information on how it works.