Although it’s not quite to the level of Amsterdam yet, Thailand recently made a momentous decision concerning cannabis. Now that it has been removed from the narcotics list, Thai citizens are allowed to grow an unlimited amount of plants at home, and restaurants can serve cannabis-infused dishes. Of course, there are still many areas of the law with unclear boundaries.

What do you think of when you hear Thailand? Maybe beautiful temples, natural views, and delicious food come to mind? In addition to that, on June 9th, 2022, the Thai government took a big step forward by removing all parts of the cannabis plant from the narcotics list. This makes Thailand the first country in Asia to decriminalize weed. To celebrate this momentous occasion, the government gave out one million marijuana plants! The new legislation not only freed up 4,200 prisoners serving time for cannabis offences, but also prevented future offenders from being incarcerated.

The new cannabis laws in Thailand are definitely strange—and they set the country apart from most when it comes to weed policy. The headlines and claims surrounding this event have some people thinking of Thailand as a paradise for stoners. However, there are some big caveats that you should know about before getting too excited. Here’s everything you need to know about the new Thai cannabis laws.

Despite recent headlines, it’s important to note that although cannabis is now legal in Thailand, there are still some laws citizens need to obey to avoid any penalties. With this legislation comes a few notable changes for the country; let’s take a look at them:

Why Did Thailand Legalize Weed?

After the policy change and seeing the government giving away cannabis plants, one would assume that people are now casually smoking joints while carrying potted plants. But this is not the case.

The government decided to move forward with legalization for three primary reasons, which are as follows:

Therefore, as you can see, although recreational use is not an objective, it is no longer a criminal activity in some contexts. This change in legislation has created new opportunities for businesses that ministers hope will help boost the economy after the covid pandemic. For example, cafes, restaurants, and other businesses can now serve cannabinoid-infused food—but these enterprises face significant restrictions. 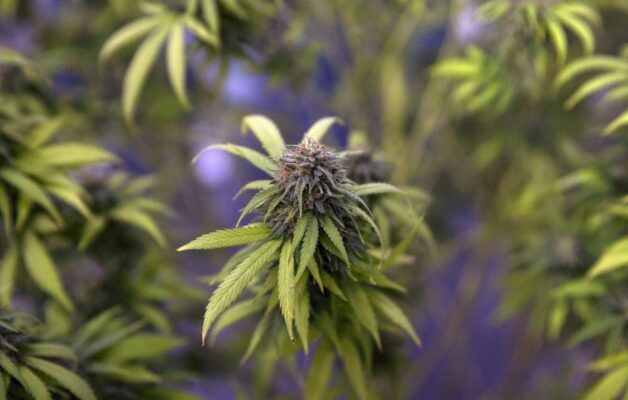 Can You Grow Weed in Thailand?

The Bangkok Post published an infographic which outlines the rules and regulations regarding cultivation and smoking of cannabis. According to the Royal Thai Police, citizens are able to:

As of now, Thai citizens are free to sow and plant as they please in gardens, grow rooms, and on balconies. However, those that elect to develop their green fingers are encouraged to register with the government app PlookGanja. On top of this, growers in the country are able to enjoy the fruits of their labour without fear of repercussions by consuming it within their own homes.

While the majority of Thai citizens are pleased with this newfound freedom, a few people within the cannabis cultivation industry have reservations. For example, Suphamet Hetrakul of the Teera Group has publicly stated his concerns surrounding novice growers’ abilities to maintain flower quality control.

While regular citizens can grow cannabis at home freely, big businesses must first obtain a licence from the Food and Drug Authority before they are allowed to cultivate it.

According to the Thai government, the key objectives for legalizing cannabis center on medicinal use. Although Royal Thai Police have informally given users permission to Smoke at home, using recreationally is still technically illegal. For instance, indulging in public could result in a 25,000 baht fine (€686) and three months behind bars due  to classified as a public nuisance offence. Cannabis extracts and other preparations are subject to strict laws in place. These products are capped at a THC content of just 0.2%, similar to the European Union’s rules regarding hemp used for agricultural purposes. Businesses selling these goods will have to rely on the allure of other cannabis constituents, including non-psychotropic cannabinoids, terpenes, and flavonoids.

Are Restaurants and Cafes Allowed to Sell Cannabis-Infused Products in Thailand?

If restaurants and cafes in Thailand want to increase their profits, they should start offering CBD-infused dishes. Bangkok has had some venues offering these kinds of dishes for a while now, but with the new laws allowing for cannabis to be used in recipes as long as the THC concentration doesn’t exceed 0.2%, there are even more opportunities for ingenuity. Anutin Charnvirakul, the Deputy Prime Minister and Health Minister of Thailand, publicized this exciting industry by sharing a picture on Facebook of a chicken dish garnished with cannabis leaves.

What Does Legal Weed Mean for Tourism in Thailand?

Thailand’s recent legislation around cannabis seems promising, but there are still some legal barriers in place that will prevent the country from becoming the Amsterdam of Asia… at least for now. In an interview, Charnvirakul discouraged tourists visiting the country purely to access recreational cannabis, stating..“if you think that you want to come to Thailand just because you heard that cannabis or marijuana is legal … (or) come to Thailand to smoke joints freely, that’s wrong”.

How Thailand Legalized Weed: A Brief Look at the Past

Although it may seem like a sudden change, Thai politicians have been promising to legalize cannabis for some time now. In 2016, Thai Justice Minister Paiboon Koomchaya called for the government to decriminalize cannabis. In 2019, the newly elected cabinet followed through with this policy and legalized medicinal cannabis use. The Bhumjaithai Party promised to legalize cannabis during their 2018 campaign in order to garner more votes leading up to the election. The new legislation passed, however, goes much further than what was initially pledged. Now, private cultivation on a large scale is allowed nation-wide.

Although things are unclear, Professor Sarana Sommano of Chiang Mai University has reservations and believes the move was hasty. Sommano criticised the vagueness surrounding limits on use and drug-impaired driving laws. Lawmakers in Thailand also foresee a few big companies to become leading authorities in the industry much like how it is with alcohol Heineken, for example, and want preventative measures to be put into place before that happens. Only time will tell what comes of this!