Obsessive-compulsive disorder (OCD) is a type of mental illness characterized by obsessive thoughts and/or behaviors. Obsessions are recurrent, persistent thoughts, urges, or images that are intrusive, unwanted, and cause significant anxiety and distress in most people. Compulsions are repetitive actions or mental processes that the individual feels compelled to perform in response to an obsession or according to strict rules. OCD is a serious and underdiagnosed psychiatric condition that severely affects patients’ quality of life. According to studies, the prevalence of OCD is about 2% to 3%. To date, the only therapies that have been shown to help with OCD are cognitive-behavioral therapy (CBT) and serotonin reuptake inhibitor medication (SRI). Approximately one-third of patients do not respond well to these treatment methods, suffer from recurrent occurrences, or cannot tolerate SSRI treatment. Deep brain stimulation (DBS) has been proposed as a potential treatment in these refractory patients. As a result, new therapies and pharmacological components are needed to enhance the efficacy of patients with OCD. 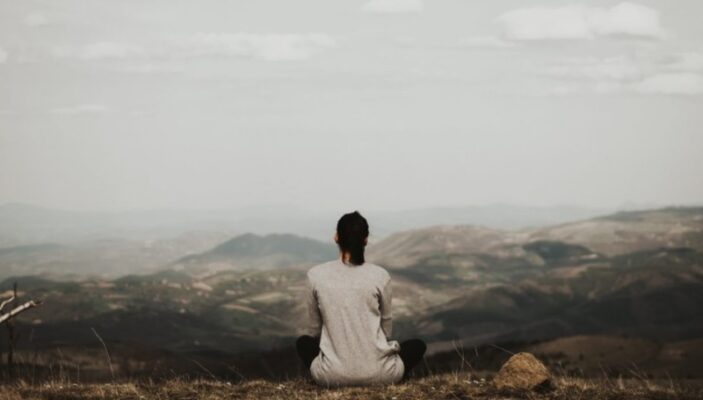 Another significant symptom of an OCD patient is anxiety. People with OCD were found to be unable to entirely eliminate worry from their minds in studies. The increased dread can cause patients to hurt themselves or others since the conditioned fear in the mind of an OCD sufferer convinces them that something must be addressed right away.

Cannabis has been shown to aid in the management of excessive anxiety in patients with OCD. THC is the chemical in cannabis that makes people feel high. According to the studies, cannabis only works when taken in tiny dosages.

Some of the most common signs and symptoms of OCD include impulsive thoughts and behavior. Impulsivity can lead to sudden choices that may result in damage because the idea has not been sufficiently considered. Cannabis has been found to assist with impulsive behavior in people with OCD in a University of Washington research.

Conclusion on Can Cannabis Help with OCD?

Everyday, more study is done in order to better understand the degree of cure cannabis may provide in OCD treatment. The most important thing is that cannabis has already demonstrated the capacity to relieve some of the most prevalent symptoms experienced by people with OCD. Enroll in Cannabis Training University and become a Master of Marijuana to learn more about medical applications of cannabis.

How does Cannabis Interact With OCD or Other Mental Illnesses?

Given that cannabis use is more and more common among Americans in general, it’s probably no surprise that many people with OCD symptoms have tried it as well. In fact, a large residential treatment facility for OCD recently reported that around 30% of adults with OCD who sought treatment in their program said they had used cannabis at least once. But although we know that many people do use cannabis, how it interacts with symptoms of OCD and other mental illnesses is less clear.

Cannabis is not without risks, according to most scientists. Cannabis has been linked to abnormalities in the developing brain and might later cause issues for those who were exposed to it as children. Similarly, cannabis use has been associated with an increased likelihood of experiencing psychotic symptoms. The only way to know for sure whether cannabis causes mental illness is to conduct a clinical trial and find out. However, because there is no causal link established in this situation—meaning that it has not been proved that marijuana use leads to psychosis directly—it cannot be concluded that cannabis does not have the potential to induce psychosis in certain people. As a result, individuals who belong to high-risk groups (such as children, adolescents, or anybody with a family history of madness) should avoid using cannabis.

There’s a lot less information about how marijuana affects anxiety and obsessive-compulsive behavior. Almost all of what we know comes from animal research, with the exception of a few very tiny studies looking at social anxiety. There have been no human trials on this topic. We do know, however, that the effects of cannabis (and substances created from it) are influenced by a variety of elements, including a person’s genetic make-up, gender, usage frequency, quantity consumed, and expectations about what they will experience.

So how can I get the most effective therapy for OCD?

The jury is still out on how marijuana and CBD influence people with OCD. Nonetheless, the most effective therapy we currently have is ERP. It significantly decreases anxiety in the majority of individuals handled by a certified OCD therapist. Trying to “fight” our thoughts directly is a losing battle, so ERP works by assisting patients in recognizing and resisting their compulsions. And it does so without relying on any medications.

Although this might appear to be straightforward, it necessitates meticulous preparation and adjustments on a regular basis; as a result, ERP works best when done under the supervision of an OCD-trained therapist. A therapist that has been educated in OCD knows how to identify compulsions while distinguishing them from obsessions. These findings are the foundation of their customized treatment strategies. Their area of expertise is in teaching you how to cope with your OCD and make positive changes in all aspects of your life, redirecting all of the energy you may have spent trying to get rid of anxiety through illegal medications like marijuana.

This is the same education all of our NOCD Therapists go through. The objective of NOCD treatment is to reduce your OCD symptoms in just a few weeks by providing live one-on-one video therapy. You’ll be welcomed into our friendly peer group, with 24/7 access to customized self-help tools created by individuals who have overcome severe OCD and recovered using ERP.

CBT for OCD is most effective when a therapist who has expertise in OCD and ERP training performs the therapy. All NOCD therapists are certified to treat patients with OCD and have received ERP-specific education. Make that call and talk to the clinical staff at NOCD about how a qualified therapist can assist you.