Hydroponics is a type of aquaculture that uses nutrients and water to grow plants without soil. It has become increasingly popular in recent years, especially in urban areas and regions with extreme climates. This alternative form of agriculture has many benefits, including fewer chemicals, higher yields and greater water efficiency.

However, hydroponics is not without drawbacks. The initial installation is costly, and the entire plant growth system is highly contingent on access to electricity and a clean water supply. Here are some of the advantages and disadvantages of hydroponics.

What is hydroponic growing?

Cannabis hydroponics is a form of horticulture that does not utilize dirt to grow plants. Hydroponic farmers, in place of dirt, use a water-based solvent containing mineral nutrients instead of dirt. On rare occasions, clay pebbles and sand may be used as well.

Hydroponic growing is a strategy for cultivating plants, including cannabis, without soil.

How does hydroponic growing work?

Plants need water, light, air, and space to grow—whether in soil or hydroponics. A nutrient-rich water solution is the foundation of all hydroponic systems.

Although soil-based gardens may be less difficult to set up, hydro plants are easier to nourish over time. With hydroponics, you can directly feed the plants with nutrient solutions that roots absorb– often making growth more straightforward and faster . Additionally, once you establish the reservoir for your hydro system , there’s not much else you need to do in terms of maintenance

A hydroponic garden has the potential to grow 30-50% faster than a soil plant. The nutrients, water, and oxygen in the roots work together to create this higher rate of growth.

Countless benefits come with hydroponics, such as:

Planting certain plants may require a lot of water, and conventional farming is historically inefficient in using this supply. A single walnut requires almost 5 gallons of water, whereas an orange consumes almost 14 gallons. Agriculture uses over 70% of all freshwater worldwide.

Though hydroponics requires more of an initial investment, it is much more water-efficient than traditional growing methods. In a climate-controlled environment, cultivators can use the precise amount of water required for healthy plants without any waste. On average, hydroponics uses 10 times less water than conventional agriculture.

Since crops are grown in a climate-controlled environment, hydroponic farmers have more power over the produce’s quality. They’re not restricted by extreme weather conditions or annual rainfall, which often leads to higher crop yields. There’s greater control overall of the system, and crops don’t need to follow a specific growing season.

Furthermore, hydroponics can sometimes grow plants at a higher density of up to 16 times when compared to vegetables grown in soil. By using this method, growers are able use less nutrients and other inputs without sacrificing plant growth.

Crops that need a lot of space, such as sugarcane and certain types of fruit, may not be grown profitably using conventional farming methods. Soybeans and corn, for example, take up the majority of cultivated ground in the United States but are primarily utilized for livestock feed and industrial food rather than human nourishment.

Hydroponics, on the other hand, focuses on producing nutrient-dense food for customers without taking up too much space. Furthermore, NASA scientists are researching how to use hydroponic systems for longer-term space missions by ensuring that there is adequate light, carbon dioxide, and water.

Some areas, especially cities, have food deserts. These are places where it is difficult to find quality and affordable items. However, urban hydroponic systems help because they allow people to grow their own crops. This increases food security for vulnerable populations.

Though it is quite costly to maintain, hydroponics may be a possible solution for countries that often face food shortages or need backup options during months of little rainfall.

Agricultural businesses in the United States, for example, often harvest food in one region but then truck it to another area for sale. This practice leaves many rural consumers without regular access to fresh fruits and vegetables. However, by establishing an hydroponic system open to the public, such communities might become more resilient.

Another advantage of hydroponics over traditional growing systems is that it eliminates the need for synthetic pesticides. Because plants are frequently cultivated in greenhouses with tightly regulated environmental inputs, pest pressure is almost nil. Given the harmful impact pesticides have on the environment, using less of them is a significant benefit for hydroponics versus conventional growing methodologies.

However, there is still considerable uncertainty regarding how to evaluate hydroponic crops and whether they are qualified for organic certification. This refers to soil care and maintenance without the use of pesticides, as defined by the USDA. Because hydroponics does not utilize dirt, many conventional farmers argue that hydroponics are not compatible with organic farming. Regardless of what type of agricultural products are produced, the fact that hydroponics uses less chemical pesticides is a significant benefit over traditional agriculture. 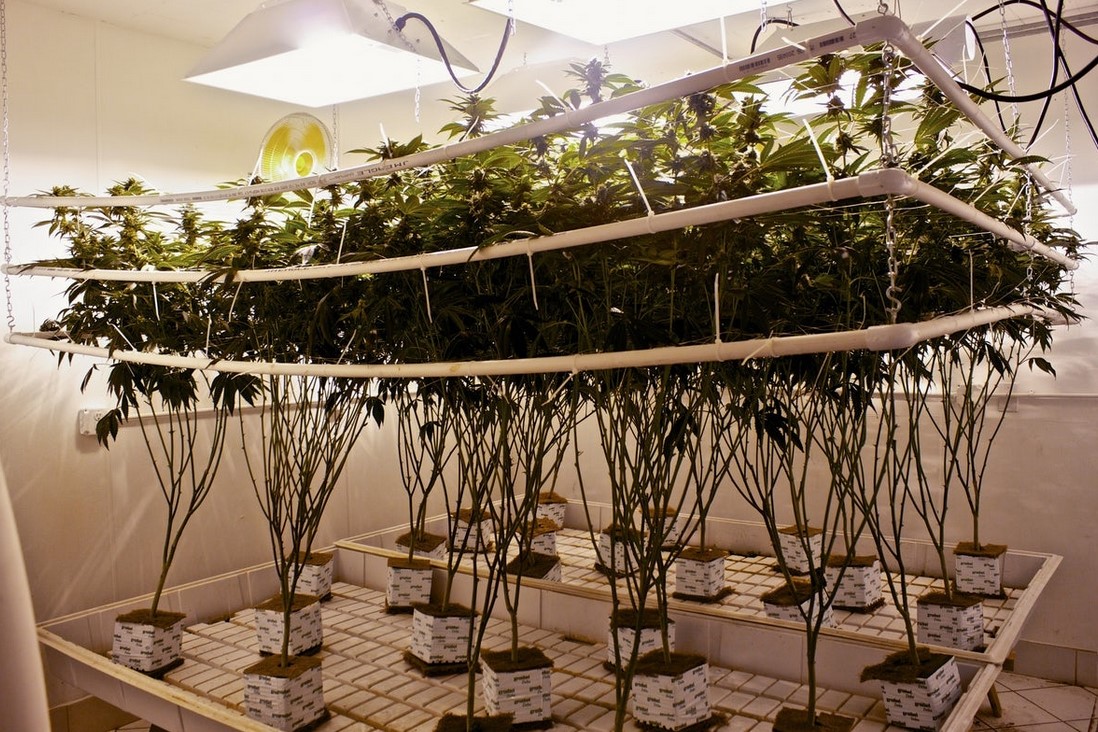 Despite all of the advantages, hydroponics has certain hurdles to overcome.

The hydroponics process is high-tech, utilizing equipment that regulates water temperature and plant food density. Because plants are cultivated in a completely climate-controlled environment, there is little room for error. technology There is an opportunity to improve yields and decrease inputs; however, the cost of entry may be too high for some beginning growers..

The hydroponics industry could more than double in size over the next five years, making it a very enticing opportunity for investors who are looking to get involved with vertical farming. In contrast to traditional agriculture, where new farmers often have difficulty securing land and investing in the necessary infrastructure, vertical farming provides them with an easier way to get started.

However, purchasing into hydroponics is not always any easier or less expensive. Despite a growing demand, the initial investment in hydroponic systems is high, particularly on a commercial basis. As a result, many of the world’s biggest farms are established agricultural businesses that already have money set aside. The initial investment threshold for profitable hydroponic operations restricts smaller farmers to a few small operations, making it difficult for them to enter the market.

As mentioned, there is continuous debate in the farming community about whether hydroponic produce can be accurately labeled organic according to USDA standards. Without a clear definition of the nutrient profile of hydroponics, and without stringent guidelines on which fertilizers or chemicals are permissible, many consumers remain cautious about consuming hydroponic produce. This has an impact on the industry’s success because many people don’t know about how crops are grown or what goes into watering them.

Without a clear definition from the USDA, there remains some question over self-labeling of hydroponic crops as organic when synthetic chemicals may still be added.

Commercial farmers, on the other hand, must have significant machine demands. In addition to the initial expenses of setting up infrastructure, there are also necessary and pricey equipment to consider. Pumps, tanks, and other controls might be costly; not to mention power and access to clean water.

While hydroponic systems may reduce or eliminate pest pressure, certain waterborne diseases are more prevalent in hydroponically grown produce. The most common ones affect the plant’s root structure, such as Pythium, which includes several water mold species.

Hygiene and cleaning procedures can help to minimize the risk of plant illness, but it is nearly impossible to avoid entirely. Because of this danger, many hydroponic growers use bio fungicides to prevent outbreaks.

Hydroponics may help growers increase crop yields while saving water. The advantages of hydroponics are significant, and the market is anticipated to explode in the next five years. However, there are certain disadvantages to growing hydroponically. Access to infrastructure and making technology more available will allow more novice producers to enter the field.