The Gelato strain is a woody and smooth variety with floral lavender and earthy undertones that change to citrus and berries on exhale. It’s a fantastic medicine for your mood, providing both inspiration and concentration. Gelato is also used to treat a wide range of chronic illnesses, making it a suitable medical bud.

The Gelato cannabis strain, which was named for the way it affects taste buds and senses with pure, dessert-like pleasure and sweetness, has started to overpopulate the world of cannabis – in a rather attractive manner.

Gelato was bred by the geniuses at Cookie Fam Genetics in San Francisco, California, and is frequently referred to as Larry Bird.

Gelato was created by several great masters throughout history, but the phenotype number 33 is most often connected with the strain – hence the name “Larry Bird.” (The basketball legend’s previous number.)

Gelato cannabis is best known for its powerful and distinctive effects, which are well–balanced and won’t cause you to pass out at the end. Whatever your current “stoner status” may be, you should give Gelato weed a try; it has a lovely citrus shade and flavor that will most certainly transport you to another galaxy.

Gelato Marijuana Strain: What is it?

What Cookie Fam Genetics decided to combine was rather unexpected when they crossed Thin Mint Girl Scout Cookies with Sunset Sherbet. They eventually produced a genotype that satisfied them, and this strain became known as “Gelato” as a result of much trial and error.

This beautiful and delicious strain, which has about 56 percent indica and 44 percent sativa genetics, appears to provide overall energizing and uplifting effects rather than the sedative characteristics of many strains with a higher proportion of indica genes.

Gelato’s most distinctive property, in fact, is its extremely high THC concentration – usually about 18% in the lowest recorded test results.

Most strains have an THC concentration of 20-26%, which is plenty of power for people looking for marijuana that not only lasts a long time, but also needs little flower to be consumed before the powerful effects are felt.

Gelato is a unique cannabis strain with an intriguing genetic backstory that’s all connected by the fact that it’s as delicious as your post-dinner treat — and it promotes deep physical relaxation with tastes of citrus, berry, and sweet treats.

Gelato is a cross between its parent strains (Sunset Sherbet and Thin Mint GSC), which is why it’s called after the delicious Italian dessert. It’s an enticing hybrid marijuana strain with buds that tend to turn dark purple, accented by brilliant orange hairs that are beautiful to look at.

Wondering Where to Buy Gelato Marijuana in the USA?

Not the most popular strain in the United States, Gelato is nonetheless available at some of the more well-stocked, better-known marijuana dispensaries (particularly recreational shops rather than medical).

As usual, your most convenient alternative is to simply browse the current menu of your local marijuana dispensary, as long as you live in one of the legal states out of the 50. Even if Gelato isn’t well-known in most dispensaries, it may be found all over the United States – particularly at top locations.

Gelato is easy to detect since it has a particularly strong and pungent odor, making it easy to determine if cannabis is in the area. As a result, transporting these flowers about may not be the most discreet of experiences, which might be a deal-breaker for some people. If you don’t mind the sweet fragrance, though, trust us when we say that it will be well worth your time.

Gelato marijuana is unique in that it combines the tastes of sweet, woody, and floral lavender.

The taste of White Widow changes after a hit has been taken, transforming into a combination of berries and citrus that serves as a pleasant surprise for the tastebuds.

Gelato is adorable in the utmost subtle of ways. The sugar leaves are purple and green, with undertones of fiery red and orange that gradually shift into brassy pistils – those tiny curling leaves that twist and move among the frozen sugar leaves. Despite Gelato’s high THC level, its sugar leaves aren’t especially frosty; nevertheless, they do give off a little of sparkling glimmer. 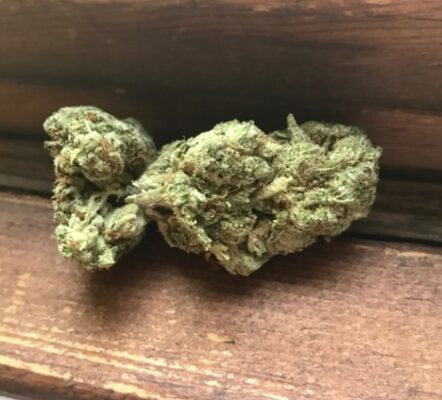 The Gelato marijuana strain, due to its indica component, develops only a small to medium height, making it ideal for indoor cultivation and people who just don’t have a lot of space above their heads.

Nothing beats the beauty of this plant when it flowers, with its bright red buds that are stunning on their own. When fresh, these buds are particularly beautiful. Obtaining seeds (or clones) is not always a simple task, and beginning the cultivation of this crop may be the most difficult component of the process. If you know someone who has access to these plants, you can steal one from them (if they’re willing to part with one, of course!)).

Gelato, on the other hand, is difficult to cultivate since it isn’t particularly easy but may be done either inside or outside with good practices and constant monitoring. Indoor growing in a grow tent is preferable because this strain thrives at a particular temperature and condition. It’s easier to monitor and alter these factors within the tent. Success requires an environment that is both warm and humid.

Gelato is more successful in the outdoors if you live in a nice tropical environment. The ideal growing conditions for this crop are warm and humid temperatures, but not too hot or dry. If

The flowering period for Gelato marijuana lasts around 8-9 weeks, and the yield is typically above average, therefore your effort will pay off when the therapeutic product is ready to be dried and cured.

Those who are new to marijuana should proceed with caution when using Gelato, which has a maximum THC concentration of 26%. A little bit of this strain may go a long way for individuals who are just getting started on their cannabis journey, but once the effects begin to set in, you’ll be whisked away into a state of delicious euphoria.

Gelato weed has a balanced indica/sativa ratio, so it doesn’t have the same sleepy or tired effect that other strains of marijuana can produce. This may be why it’s become such a popular choice among consumers.

Gelato cannabis, on the other hand, sneaks into the mind, delivering a cerebral but focus-inducing high that is both soothing and peaceful. This frequently clashing combination truly works with Gelato in conjunction with its contradictory qualities, combining to create an experience that is not only pleasant for the user, but also medicinal.

The Gelato strain’s main benefits are its ability to make its user happy, creative, calm, and euphoric. This Gelato cannabis is very versatile and may be utilized for a variety of applications at the same time. Ideal for social gatherings, innovative projects, and productive afternoons when you need to have a lot of focus but don’t want to get baked in THC when it matters most.

The Gelato cannabis strain has a wide range of health benefits that are both physical and mental in nature. The body-relaxing effects of the strain, on a physical level, have been reported to help with muscular spasms, inflammation, cramping, headaches/migraines, and chronic pain. It is capable of assisting with sleeplessness or other sleep problems if consumed late in the evening when your body is naturally inclined to fall asleep.

Because the Gelato strain is already pretty powerful in terms of THC content, you won’t have to look for an alternative method of ingestion to acquire the care you require. If you want to avoid smoking and ingest a gummy or candy (or something else) instead, it may be difficult to locate Gelato edibles – but they do exist. Fortunately, if you’re okay with smoking marijuana, this choice is (obviously) accessible and provides plenty of potency.

Gelato has antidepressant, anxiolytic, and stress-reducing properties, with the three symptoms that Gelato seems to work best on being depression, anxiety, and tension. This strain provides a great deal of comfort to individuals who suffer from these often distressing issues.

Because Gelato cannabis is so strong, only a few hits are required — although over-consumption of THC can cause paranoia or unpleasant anxiety in people who suffer from mental illnesses or mind-related issues. As a result, it’s best to start out slow and work your way up as you become more comfortable.

Possible Side Effects of Gelato Weed

Gelato cannabis, which has had no reported uncommon negative effects (at least that we’re aware of), is a real dream for individuals who want to avoid any potential adverse effects from “faulty” cannabis.

Gelato marijuana’s initial impact is relatively quick and powerful, so some consumers may experience a moment of dizziness.

On extremely unusual situations, 30 minutes to an hour after the first hit is smoked, mild anxiety may be experienced.

The Gelato marijuana strain also has the potential to produce minor discomfort in your mouth, due to the added sugar. Cottonmouth and dry eyes are additional symptoms that may occur as a result of this strain, but these two drawbacks can be easily managed with a little forethought and planning. You can not only alleviate the dry mouth by drinking lots of hydrating fluids ahead of, during, and after your high, but you can also avoid any headaches or grogginess the next morning – in addition to maintaining your body healthy and hydrated (which is beneficial no matter what).

Finally, keep a bottle of water handy at all times, just in case you feel sluggish and don’t want to get up (the sight of the bottle nearby may also serve as a gentle reminder to drink).

Overall, the Gelato cannabis strain appears to have little to no negative side effects when compared to other high-THC strains.

Overall, the advantages and medical applications of Gelato weed are quite remarkable, while the drawbacks appear to be minor and manageable. If you’re looking for an herbal alternative to standard pain therapy, inflammation, muscular spasms, depression, or anxiety treatment that works for you, Gelato may be a strain that can help.

We hope you found this essay both entertaining and instructive. It’s critical to remember that the user is solely responsible for any drug usage, and as such, caution should always be exercised.