Humans have used cannabis for medical and/or recreational purposes for thousands of years. Indoor cannabis growth has been commonplace among cannabis farmers only relatively recently, in comparison. The argument over whether to cultivate marijuana outdoors or indoors, on the other hand, may feel as old as the plant itself.

It’s tough to pinpoint the first indoor cannabis garden, but it’s probably a safe bet that it was cultivated indoors due to fear of legal punishment from law enforcement because cannabis is still illegal under federal law.

We recommend that you try one of indoors strains Bubba Crunch.

Indoor farming became popular in the latter part of the twentieth century, and because of a variety of reasons, cannabis that was cultivated indoors was seen by many customers as superior to plants grown outdoors.

Is it true that sun-grown cannabis is of lower quality than cannabis cultivated indoors? It’s a frequent contention among customers and cultivators. aspiring cannabis farmers frequently struggle to decide which path to take for their own garden. We’ll look at several factors in the sections below. 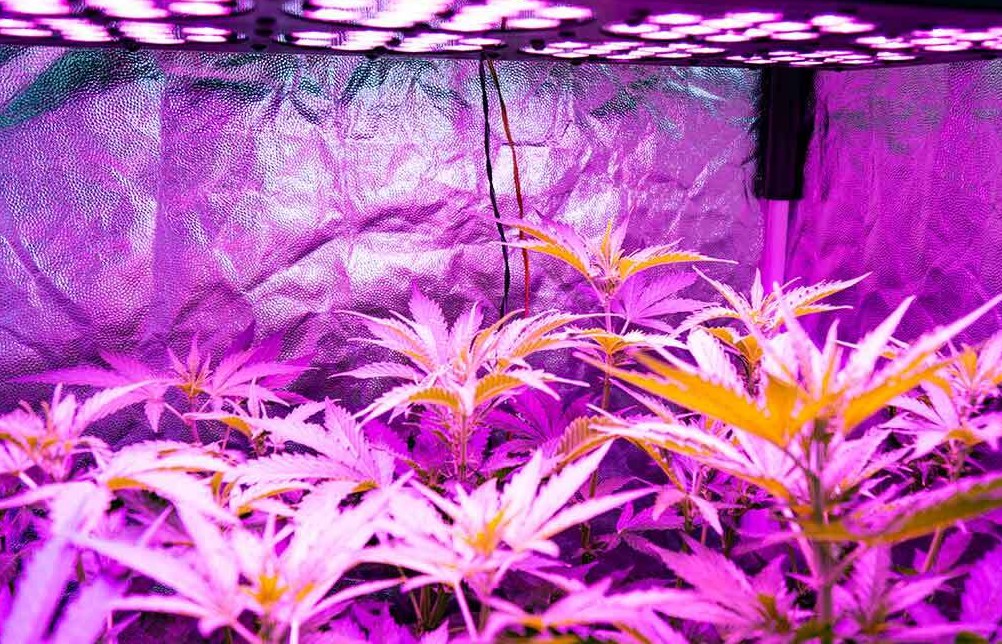 Not All Cannabis Gardens Are The Same

The truth is that numerous elements impact the quality of cannabis plants. The super soil or medium in which the cannabis was grown, the cultivator’s expertise and experience, the nutrients provided to the plants, the garden’s water quality and acidity, as well as other factors all work together to determine a plant’s ultimate success.

A sun-grown garden tended by a knowledgeable grower with all of the required equipment to produce high-quality cannabis will result in a greater quality harvest than a novice cannabis cultivator who is winging it in their basement with subpar nutrients and no prior experience. In light of this, there is no one-size-fits-all statement regarding the quality of sun-grown versus indoor cannabis that can be made.

“Good cannabis” is a very debatable phrase. What may be “good” to one customer or medical marijuana patient might not be as appealing to another, and cultivators should keep that in mind. Many purchasers and patients visit dispensaries with their eyesight and look for cannabis with a specific visual characteristic, such as light green cannabis. Unfortunately, the way a cannabis flower appears does not always reveal its quality. While it’s true that it can happen, it’s never certain.

Many people and patients make their purchasing decisions only on the basis of test results, seeking for the greatest THC concentration possible. Testing scores, on the other hand, might be deceptive. It does not necessarily follow that a specific crop of cannabis will test high in THC because it may contain undesirable effects for users.

The effects of a particular cannabis harvest are highly dependent on the collection’s terpene profile. As more terpene-focused cannabis research is done, and as more is learned about the significance of various terpene profiles, it is becoming clear that terpenes play an important role in the effects that a specific cannabis crop may provide. Terpene profiles are a lot better indicator of quality than appearance or THC concentrations since end users and patients rely heavily on how a harvest affects them physiologically after ingestion to determine its quality. The terpene profile of a strain can be altered in the same manner whether it’s cultivated indoors or under direct sunlight, which might be crucial for would-be growers to remember.

The legal cannabis industry is exploding in many areas of the United States and across the world. While several governments still ban it, the boundaries of prohibition are crumbling as more states and nations join the correct side of history, providing opportunities for cannabis farmers of all sizes.

The cannabis business’s rules and regulations are still in development, however one thing appears to be certain: growing cannabis outside is currently more acceptable. The most visible proof of that statement is canopy size. In every legal market, sun-grown gardens have a considerably larger canopy size than indoor grows.

A larger canopy size allows cannabis cultivators to produce greater harvests throughout the growing season, which can lead to bigger profits. Of course, a larger harvest does not always equal more money. The quality of the crop will influence the value of an identical quantity of cannabis, so there may be less low-quality cannabis that isn’t worth as much as a smaller amount of high-quality cannabis. If the quality is equal, a bigger canopy will undoubtedly offer greater profit potential to aspiring for-profit cultivators, which is obviously beneficial.

Outdoor Cannabis Is Cheaper To Produce

Indoor cannabis cultivation has several expenses, including initial set-up and ongoing operation. The first is the cultivation facility itself. In most areas, it costs far more to buy or rent a warehouse than it does to purchase or lease a field.

Water, fertilizer, and pesticides are the most common expenses. The energy required to maintain a cannabis plant is significant. Lighting, fans, pumps, humidifiers/dehumidifiers, and other indoor grow equipment won’t operate on their own. They require electricity to function, which means they consume a lot of it. When individuals start growing on a huge scale for commercial purposes, they will be startled by the amount of money that their power company sends them at first bill.

When we compare the cost of indoor cannabis cultivation to that of an outdoor cannabis garden, which is cultivated under the sun and requires minimal power, we can see how silly it is. Growing marijuana outdoors has far fewer soil-related expenses than growing it indoors, with some sun-grown gardens requiring nothing more than sunlight, rain, and dirt in Jamaica. It’s true that it’s a rare case, but it illustrates nature’s capability to generate high-quality marijuana in an extremely low-cost manner. 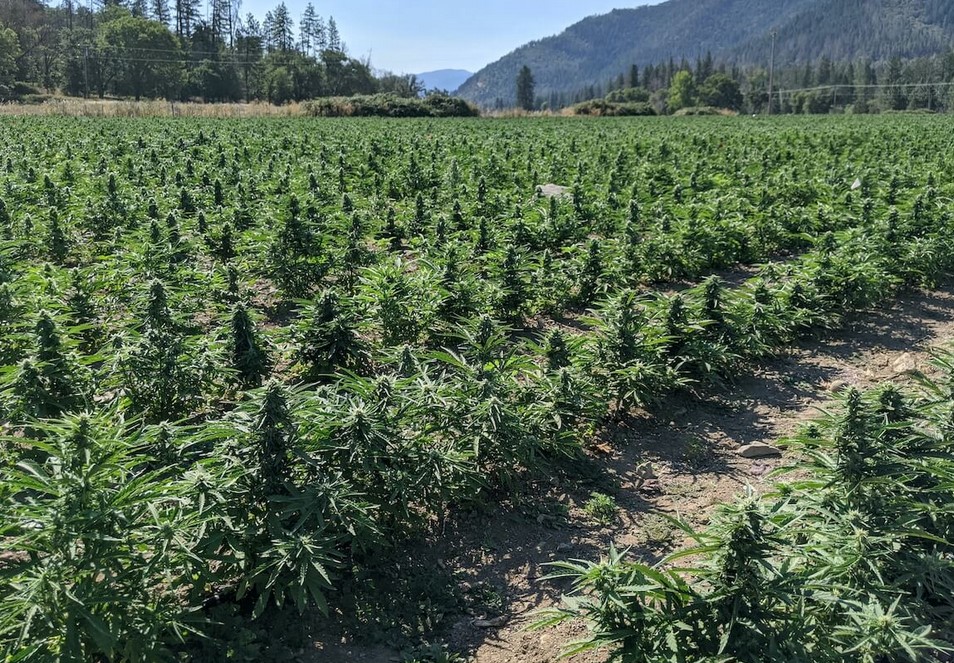 Cannabis may be cultivated efficiently with the unrestricted use of artificial lighting and electricity in many legal cannabis industries. As long as the cultivator pays their utility bill and follows non-energy sector standards, they are free to utilize as much power as they want. That is a unsustainable method that will almost certainly change in the future.

It’s no secret that the indoor cannabis cultivation industry consumes a significant amount of power. Consider how much electricity the indoor cannabis cultivation sector consumed in 2012, when it was estimated to consume 1% of all energy in the United States. Take into account how much bigger the cannabis market has grown since 2012. Obviously, today’s usage rate is far greater than it was back in 2012.

It’s safe to assume that when energy constraints are put on indoor cannabis farming operations, they will be implemented. If you operate a cannabis farm based on that assumption and begin growing female plants under the sun, you’ll be better prepared if/when the energy limitations are put in place. It’s difficult to say when such an industry regulation would enter force, but it’s not an overstatement to predict that it will happen sooner rather than later, given the aging electrical grid in the United States and around the world.

Cannabis growers do not have to choose between growing cannabis in a greenhouse or under the sun. They may actually combine the two methods to enjoy the best of both worlds. Supplemental lighting is becoming increasingly popular among legal cannabis farms. When the days are bright, supplemental lights aren’t necessary. Lighting that was previously used indoors can be utilized to provide light to plants as required on overcast days and/or when the season ends sooner than expected.

Light deprivation is another approach that is gaining traction. Light deprivation occurs when a retractable roof in a sungrown garden can effectively block the sun from shining on the plants at a specific moment, giving cultivators more freedom. Indoor growers may now control the light cycle of their gardens as they see fit, which is an important benefit for sun-grown cannabis gardens in regions with long daylight durations that are not ideal for producing high-quality cannabis.

Cultivators who wish to produce income by cultivating cannabis must conduct significant study to determine what would work best for their situation. They must consider a number of variables, including start-up costs and the likelihood of producing cannabis outdoors in climates where they are located. In many regions, successfully growing marijuana under sunlight is difficult, such as those with short summers.

When it comes to the quality of your cannabis, don’t be fooled by what you’ve read elsewhere. Quality cannabis can be cultivated outside as long as all of the necessary conditions are met. As terpene profiles demonstrate, outdoor cannabis may be just as excellent or even superior than marijuana cultivated indoors. Indoor and outdoor Cannabis crops are nearly identical when produced well.